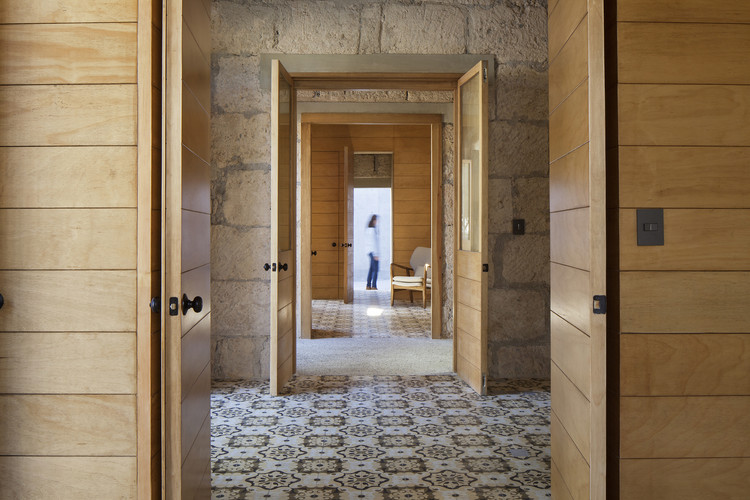 Text description provided by the architects. The 15 de Mayo project is located in the center of the city of Monterrey, Nuevo Léon, three blocks from the Iglesia de la Purísima on one of the defining corners of the Plaza del Mediterráneo. At the beginning of the project, we found a shell of typical Northeastern Mexican architecture, with ashlar walls, rooftop terraces and exposed board and beam, much of which had fallen into a state of considerable disrepair. The decision to preserve the building allowed for a continuity of dialogue between the built environment and the context in which the intervention is located.

The central theme of the project was to construct an office space around an interior patio, which contrasts the existing volume with the newer concrete additions including a reflection pond which pacifies the space around and beneath the stairs. The majority of the program elements including the meeting room, circulation areas and offices are linked by means of a single wooden roofscape, sheltering the old and the new.

The workplaces are confined allowing for privacy and concentration but all common spaces (for example the dining room and restrooms) are attached to the elements of the central patio which connects one to the life of neighborhood. This interaction with the exterior space is achieved with a semicircular perforation in the concrete wall that permits views of the church, the city and the surrounding mountains of the Sierra Madre. The staircase becomes the sculptural piece of the patio which leads to the second level where there is a long wood bench that is intended to be a place of rest and contemplation. The timber frame above this section manipulates the natural light which casts shadows and creates a continuously changing space. The most public area is the terrace which was constructed above the original building and interacts directly with the plaza permitting contact with the neighbors and the life of the “Barrio del Mediterráneo.”

The restoration of the 15 de Mayo building served two fundamental purposes 1) create a functional workspace that instead of isolating its inhabitants, invites them to interact with the surrounding community and environment and 2) to preserve and rejuvenate the existing abandoned structure in order to maintain its essence.
The project met the principal objective of the workspace and helped reestablish form to the plaza meanwhile having been part of the revitalization of older buildings in the city center. Furthermore, it demonstrated how the urban growth in this area should include a thoughtful integration of the existing infrastructure in order to accommodate for new housing, businesses and offices. For this reason it was important not to abandon the vestiges of the historic architecture in the neighborhood that tied past to present. 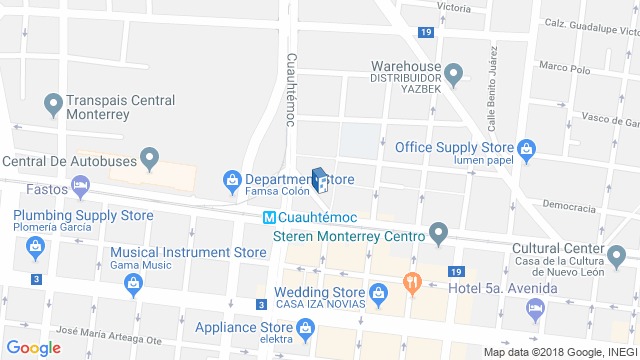 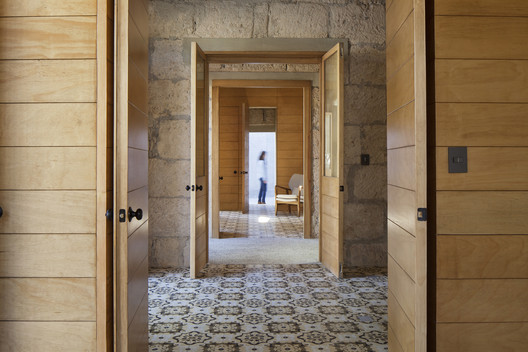