Iotti + Pavarani Architetti have designed a 'New Pisa Stadium' for A.C. Pisa on an existing stadium just 200 meters away from Piazza dei Miracoli (home to the Leaning Tower of Pisa). After winning the first prize in a restricted competition in 2017, the project is currently under feasibility study, awaiting construction development. 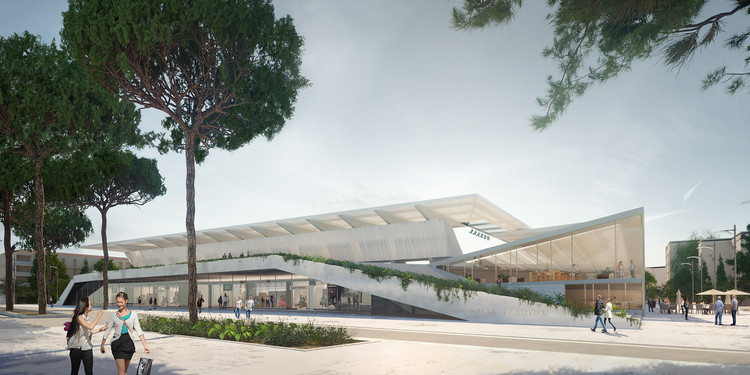 The architects insisted on maintaining the site’s historic significance, and chose to design a harmonious structure, “establishing a dialogue with the past while also looking towards the future.” In addition to its main function, the stadium will house several multi-functional public spaces, creating a new engaging square for the city of Pisa.

A large ring-like green space will circulate around the stadium creating a free-flow for visiting pedestrians. This space will act as a transitional area from the adjacent streets to the stadium's interior and will include several shops and services for visitors, such as cafes, restaurants, a Pisa Football Club exhibition, and many other public facilities.

The stadium is an enhancement of an existing structure and is designed as a single unit, adapting the highest functionality and safety standards to be able to host high division games. The stadium will have a capacity of almost 18,000 seats, divided into four covered sections. The eastern, northern, and southern stands will be entirely rebuilt, whereas the main stand will be maintained and renovated.

The architects refrained from disrupting the city’s harmonious skyline and the height of the existing structure, thus they kept the overall height of the new implementation as low as possible. As for the exterior façade, the architects chose a series of geometric patterns with light grey and white hues to create a luminous architecture. 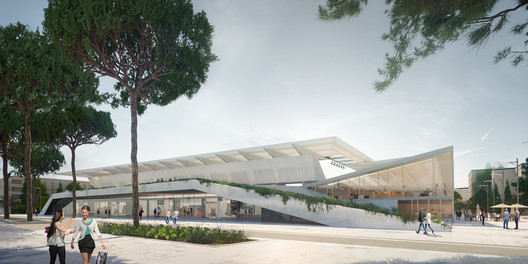