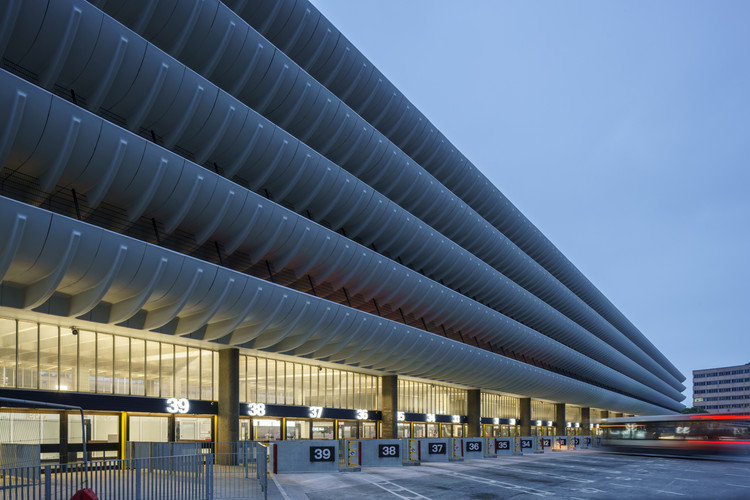 Text description provided by the architects. John Puttick Associates has completed the refurbishment of Preston Bus Station, a celebrated Grade II listed Brutalist building designed by BDP and completed in 1969. In order to reinstate the powerful original design, John Puttick Associates has pared down the interior and returned features to their original material and colour palette. Overall existing elements have been carefully restored, many of which were in good condition but had been compromised due to visual clutter within the building.

The entry points to the Bus Station have been consolidated, and a main entrance hall established to give spatial coherence to the building improving sense of orientation and flow. There has also been a change of emphasis from prioritising vehicle access, as was done in the 1960s, to a more contemporary arrangement which favours pedestrian access.

From an urbanistic perspective, John Puttick Associates has arranged the building so that its West side with a new seating and waiting area faces the public square which when completed in 2019 will also improve a sense of connection with the city centre. The East side is devoted to the bus gates. At the core of the building are the information centre, cafe, shops and other facilities including the bus company offices.

John Puttick Associates has made the most of original materials and fittings wherever possible.  The architects have designed Iroko benches from the bus gate dividers left over as part of the reorganisation of the space. The same timber has also been used at the information point reception desk, bringing tactile warmth to areas frequently touched. The original curved benches have been restored. The original clocks and rubber flooring by Pirelli are still in place.

New elements are in keeping with the spirit of the 1960s design. For example, the signage is designed in orange and black colours that reflect the ones first used at the station whilst also reintroducing the British Rail type face which was originally used throughout. Larger interventions - such as the new information and administrative area – have been detailed in the utilitarian spirit of the original building while clearly being of the present.

The exterior of the building has had some changes in addition to required maintenance works. These include replacing the concourse level glazing throughout by removing the original glass and its framing and replacing these with mullions of the same profile to maintain the original aesthetic. The timber framed doors on the ground floor facade have been replaced with bronze coloured anodised aluminium framed doors that are similar in tone to the wood that was used previously while allowing for automation.

John Puttick Associates worked closely with The Twentieth Century Society to determine the approach to the restoration of historically significant features of Preston Bus Station. The Station has remained in operation throughout the building works. Next year sees the completion of the adjacent new build 2600 square metre Youth Zone building also by John Puttick Associates. 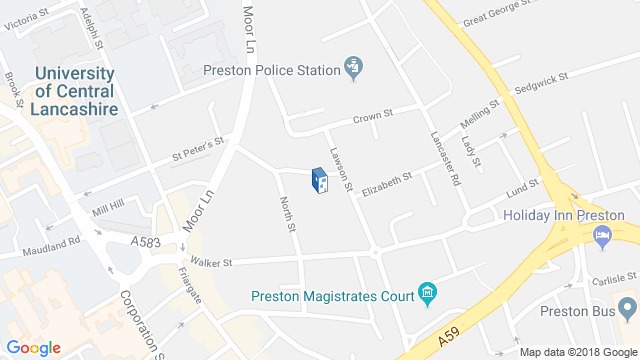 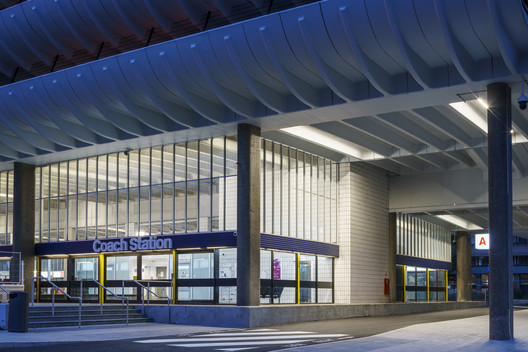