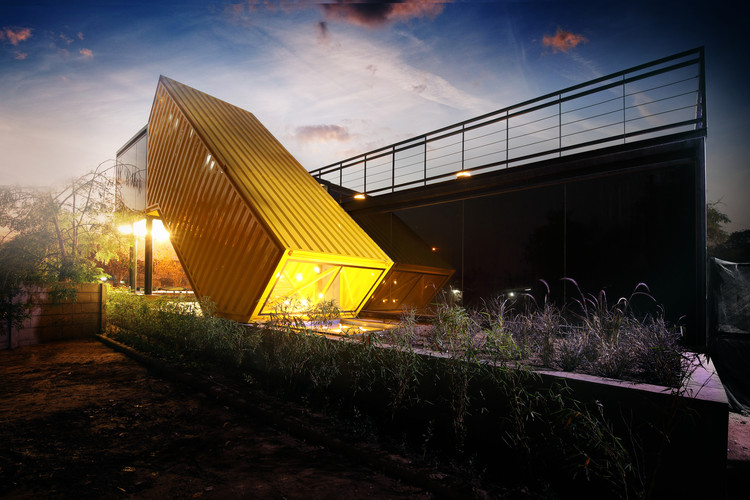 Text description provided by the architects. The Yellow Office Box Building serves as a sales office for a construction project in Ahmedabad. The building was conceived as a distinctive branding tool to call attention to the project by way of its portable design and installation. The building is temporary in nature and can be dismantled and reused in similar or other configurations on a different site.

Yellow Box Office Building challenges the conventional pattern of building low-budget, aesthetically poor, temporary project offices in India which are invariably demolished after they have served their purpose. Designed as a flexible, reusable and transformable space, the Yellow Box Office Building solves the problems of wastage of time, money, material and energy offering a sustainable yet aesthetic solution for temporary buildings.

This mobile building envisioned as a ‘Shouting Media Box’, has two primary boxes that house the programmatic spaces and a pitched yellow box as a staircase unit connecting with the upper level. The first primary box sits on the ground and is dedicated to the administrative functions. The second box, called the lightbox, levitates above to hold the executive functions.

Keeping with the short-term occupancy for a particular project, the building is erected with flexible, pre-fabricated containers and units that are easily transferable and transformable and which require minimum intervention for installation. The building units are pre-fitted in the factory, deployed by road to the site and craned into the place. Once the purpose is served, the units can be moved and reinstalled at another site.

This allows the building to be reclaimed, reconfigured, relocated and reused for multiple times while having a minimal impact on the environment. The units are designed to be flexible enough for any programmatic upgrades and modifications that may be required elsewhere as per the site conditions. The building takes only a one-fourth of time to get ready compared to what a conventional site office would take to be built. 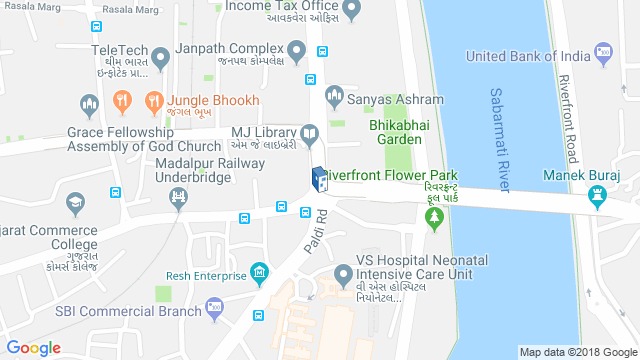 Location to be used only as a reference. It could indicate city/country but not exact address.
Share
Or
Copy
About this office
FLXBL Design Consultancy
Office
•••