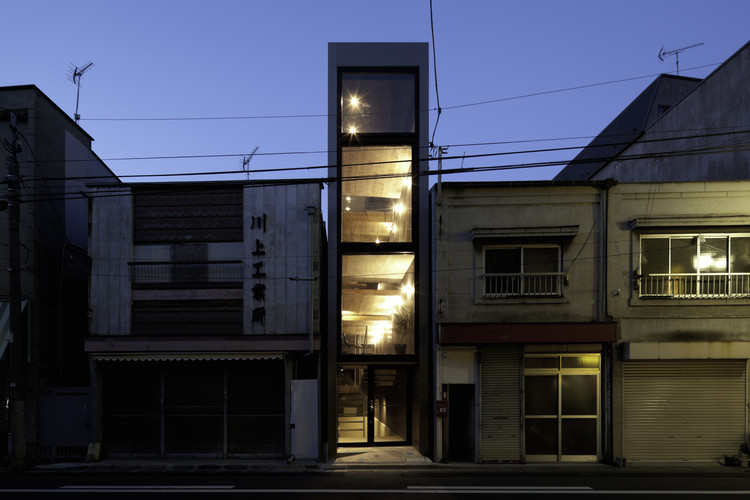 Text description provided by the architects. CONCEPT
The 1.8M Width House identity and the core is the fluidity of its interior space, which molds together all the rooms and grants the freedom to reinvent each part of the house on a daily base, defying the conventional divisions of living spaces.

ARCHITECTURE
The first challenge we had to face with the design of the 1.8M Width House was the juxtaposition of the size of the plot and the spatial and psychological openness the clients’ wished for. At a mere 2.5 by 11m, the site is a typical “eels’ bed”, where you can, with your arms extended, touch both external walls of the building. To avoid a cramped interior, we focused on keeping as much free space as possible between the walls and on the creation of a fluid, playful space.

To design a small but ever-changing house, we considered the house as an aggregation of small “places” and designed an environment in which such “places” expand on various levels. The floating floors in the long and narrow space generate a spatial expanse, while light and fresh air flow in from the façade and the roof, through the slender shelves that further enhance the peculiarities of the space. Daily household goods fit naturally into the atmosphere, blending in with the interior design and the inhabitants.

The structure was developed by fully considering the singularity of the building shape. Columns and beams were limited to maximize the interior space. Steel-frame construction was found to be the most adequate to the narrow frontage imposed by the site, while an EZ stake system was adopted for the concrete foundation. Furthermore, the chosen exterior materials do not require scaffolding and an open piping route that can be easily maintained was installed to match the uniqueness of the site. Natural ventilation was carefully studied to minimize the use of air conditioning system. Natural wind and air flow circulator provide a comfortable space for the habitants.

URBAN CONTEXT
The 1.8M Width House is located on a shopping street in a central area of Tokyo. As many other parts of the city, it’s crowded with people and buildings alike. The multitude of often minute constructions we see now was born over time due to the dual action of rising land costs and demand. As a matter of fact, it isn’t uncommon for landowners to partition the original plot in order to sell it and this phenomenon is behind the appearance of the “Eels’ beds”: sites of a width close to the legal minimum of 2m.

Working with these situations is a challenge but also a possibility to increase the available built space in the city while preventing its expansion. Moreover, along with other solutions, this strategy allows a variety of clients to access otherwise expensive neighborhoods and to carry on the city’s characteristic fast-paced evolution. 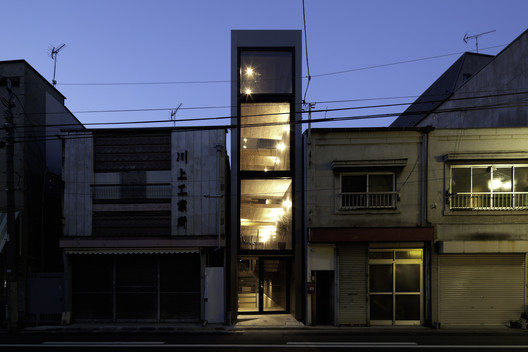