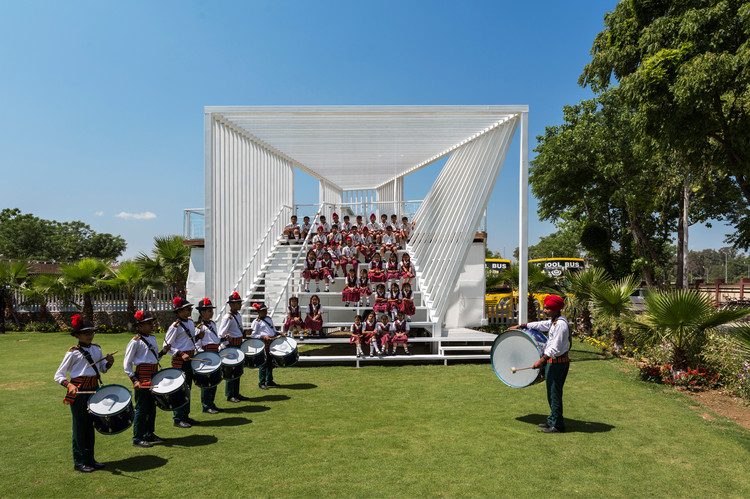 Text description provided by the architects. Doaba Public School, Parowal, is located in a remote village in Punjab, India . The school has over 2500 students from over 100 villages. School busses are the primary mode of transport for all of them as they are scattered away from each other, the farthest being 50 kms away.

A 20-year-old school bus, which ended its permitted life time as a vehicle, had to undergo mandatory disposal. The bus was special to the school as it belonged to the first fleet of buses, which now has over 50 buses. The brief was to explore a possibility to reuse it in way that it could once again be made useful to the school.

A pavilion was evolved, utilizing the outer structure of the bus and a triangular prismatic volume. The two volumes were intersected and juxtaposed, so as to make the space more interactive and useful all around, rather than making use of the inside alone.  The roof of the bus was converted into a deck which was accessible with steps that also formed a small Open Air Theatre. The deck was inspired by the curiosity of kids and adults alike, focusing on how they felt to stand on top of a bus. The space might be small, but it interests the imagination of the people who gain spectacular views of the surrounding fields from standing over the deck.

The inside of the bus was utilized as a display, documenting the journey of four decades that the school has witnessed. The small space was designed with multi-facetted white surfaces with panels oriented in line with the field of vision of kids and adults alike. The original key elements of the bus, the steering wheel and the driver seat are still kept intact, to let the children interact with the same. The external open air theatre and the deck is designed to host several formal as well as informal events for both students and teachers.

The structure is used as a breakout space and congregation space for students and teachers. The visitors and parents come to visit the gallery and the architecture as the concept of a bus as a building is very unique to them. It brings them back to their roots. The traditional villages have always believed in circular economy but over the years trying to imitate cities due to their aspirational value they are being converted into wasteful linear economies. The up-cycle 'Bus-Building' helps reinforce their trust in a traditional circular economy.

The bond shared by the school bus and the school has thus found a new meaning. After serving more than 8000 school trips and taking on the responsibility of a million student’s transfers, it finally rests as an integral part of the school. A play area, an open air theater, a gallery and above all a symbol that inculcates the importance of reuse and up-cycling in the students so their vision for tomorrow can be driven towards a sustainable future. 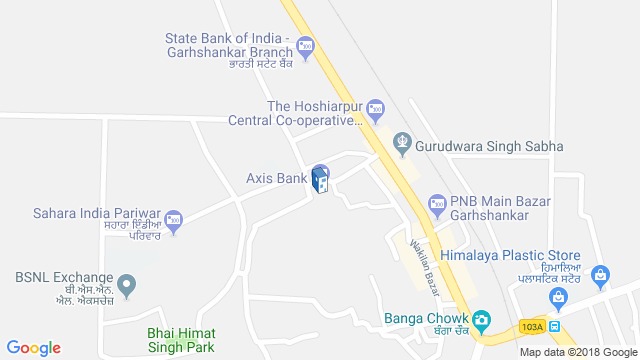