The Helsinki Central Library Oodi, designed by ALA Architects, is nearing completion in Finland. Due to open its doors on December 3rd 2018, the library is situated in the cultural district of Töölönlahti, where it will sit as a ”powerful and iconic temporary design” among other architectural landmarks.

Situated across from the Finnish Parliament House, the scheme represents an interaction between the state and its citizens, “a new avenue to promote freedom of speech and democracy.” 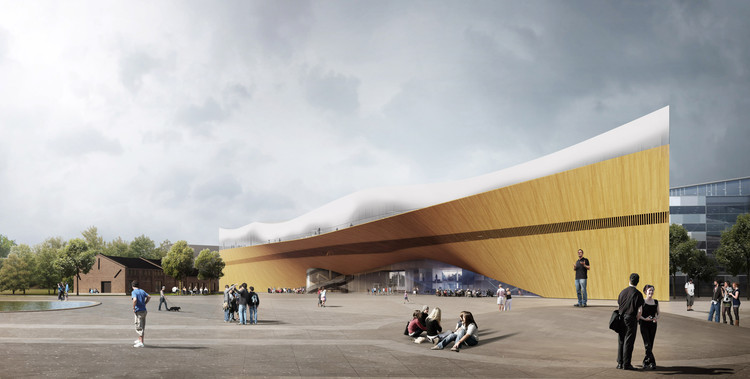 Oodi is intended to serve as both a traditional library for 100,000 books, and a promoter of digital culture. Arranged over three levels, the top floor is dedicated to traditional library functions through an adaptable space with glass walls, a wide balcony, and sweeping city views. The middle floor is dedicated to “learning by doing” with urban workshops and digital studios, while the ground floor serves as an extension to a public plaza complete with a multipurpose hall for exhibitions, cafes, and a cinema.

Having been designed by ALA Architects following a 544-proposal design competition in 2013, the soon-to-open library is expected to host 10,000 daily visitors, totaling 2.5 million annually.

Before the Oodi opens, Helsinki will play host to the opening of the nearby Amos Anderson Art Museum on August 30th, designed by JKMM Architects. Situated underneath the square of the museum’s 1936 Lasipalatsi building, the scheme will feature structural dome ceilings, and skylights to form a connection between the exhibition hall and square.

News via: City of Helsinki 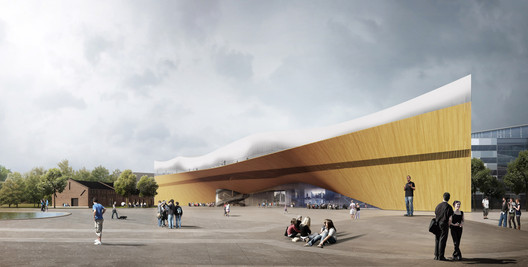