Brussels-based architecture firm 51N4E have won first prize for their Skanderbeg Square project in Tirana, Albania. The European Prize for Urban Public Space is a biennale competition that promotes creating, restoring, and improving public spaces within European cities, and have chosen this year’s winners for their impressive transformation of the city’s central square.

51N4E’s restructuring and renovation of the Skanderbeg Square is a result of winning an international architecture competition back in 2008. After the project was paused in 2010 for administrative changes, and resumed in 2015, the end result is a series of urban interventions, “inviting public and semi-public neighboring functions to spread into the exterior space”. 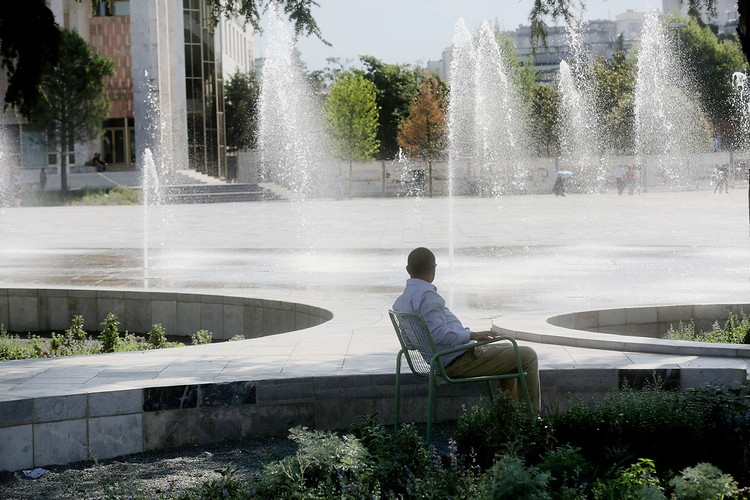 The project is a large, 170 x 170 meter “traffic-free zone” pedestrian area, built in a flat pyramid-shape. For the structure’s material, the architects used various stones obtained from different parts of Albania, keeping the essence of the city intact. To maintain the biodiversity of the city and control the urban ecology, a green belt of trees, shrubs, and flora were planted, creating 12 connected gardens around the public square. The gardens implemented into the space act as transitional areas between the city and newly-built pedestrian area.

When standing at its [pyramid] tip, the citizens find themselves at par with the authoritarian architecture of the past. They can contemplate the buildings defining Albania’s past, suddenly opened up to new ways of reading, and embrace them as a history on which to build on - 51N4E

Take a look at the honorable-mention recipients of the European Prize for Urban Public Space below, and on the official website here.