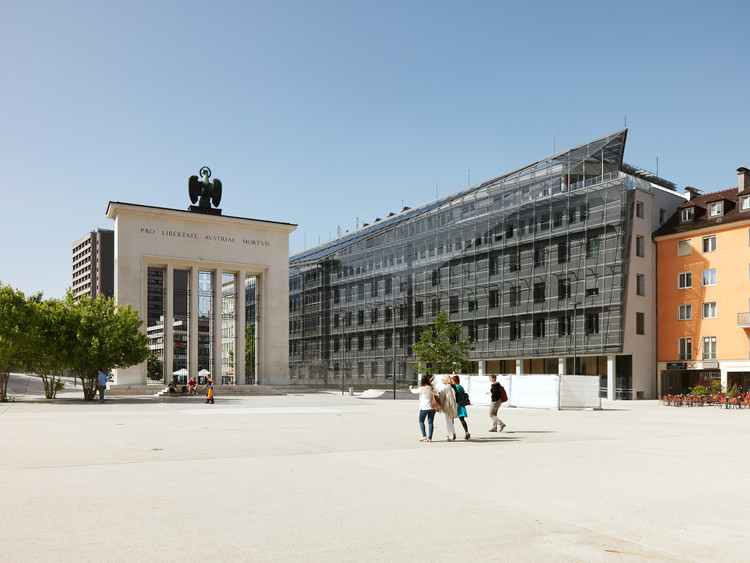 Text description provided by the architects. The two existing buildings should form a visual and technical unit. This is accomplished with the thermal façade renovation and the revision of the roof surface, as so-called "fifth facade". The newly created opening at the northeast corner serves as an entrance situation and at the same time the Tiwag building is accessed by a ramp for disabled people. The measures bind the building along the northeast side to the urban space. The south-facing bay window on the building is transferred to the new building envelope and produced with the other fixed points of the existing crystalline appearance.

The existing „Spielmann mosaics" at the bay window and his glass mosaic windows inside the foyer are obtained and integrated into the design concept. By remodeling the possibility of delivery has been improved with a new Elevator. AAs part of the new courtyard design a roofed bicycle stand was built. He has an integrated charging station for electric vehicles.

At the Rooftop new premises for about 30 jobs were created. The existing roof was canceled. The new top floor is designed as a lightweight construction from wooden materials (CLT ceilings and walls, Glulam beams) and steel columns. The interior was carried out in dry construction and with movable partitions - to obtain flexible offices. For new construction, the ground floor and attic was equipped with a cooling and ventilation system. The remaining rooms were adapted with airconditioners.

The entire façade surfaces and the roof surfaces above the 5th floor were thermally rehabilitated. On the east and north side a thermal insulation system is installed. On the west side a insulated ventilated metal façade (Alucobond) is isnatellded. The existing windows were replaced with "aluminum clad wood" windows with up to date thermal protection.

On all windows automatic sun shades were mounted. Place side, the entire main building was built over or over-molded with a steel and glass facade. The new outer shell consists of point-fixed laminated safety glass on a steel substructure. This shell is mounted up to 2.15 m in front of the main facade. In order to ensure the necessary air circulation inside of the facade, the glass panels were mounted with open joints.

This measure does not automatically boot of sun protection  even on windy, sunny days (Fönsturm). To prevent the spread of smoke and fire, the façade was divided into three vertical and three horizontal sections. The new "roof facade" serves both as a screen for home automation systems on the flat roof of the building on the other hand, it operates as a substructure for photovoltaic cells. The glass facade forms the desired uniform appearance of the entire main building. Roof structures and lift engine rooms are optically integrated the roof facade. 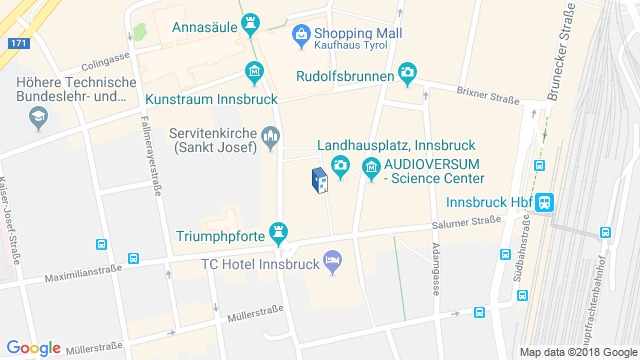