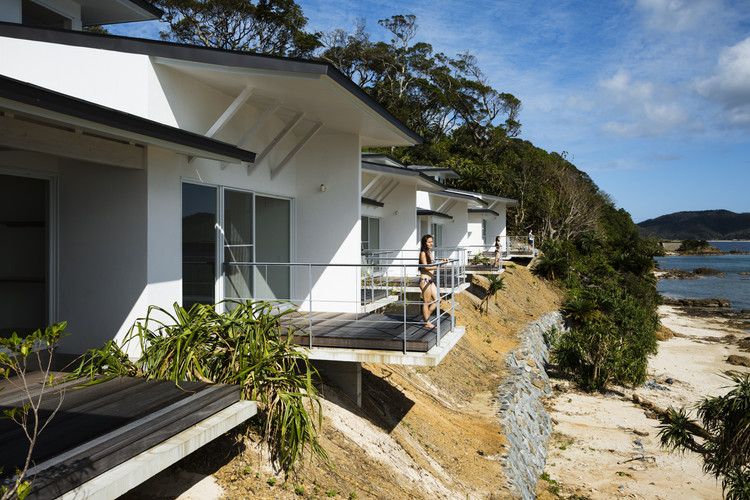 This resort complex is located in Amami Oshima, TEKUTO’S chief architect Yasuhiro Yamashita’s birth place, the largest island of the Amami archipelago halfway between Okinawa and southern Kyushu. A subtropical island with 60 thousand residents, awaiting the UNESCO World Natural Heritage registration. Amami Airport has 44 flights coming in and out per day, enabling easy access. Its unique culture is renowned for its folk songs and dances, influenced by cultures of both the Ryukyu Dynasty of Okinawa and the Satsuma Domain which covered a large part of Kyushu during the Edo period (1603-1868.) Its forests are rich in flora and fauna such as dark-furred Amami rabbits and is surrounded by beautiful coral reefs.

Sugarcane and fruit farming are its major industries along with traditional industries such as Oshima Tsumugi textile (silk kimono fabric dyed with iron rich mud) production. In spite of all its charm, one thing it lacked was accommodations for high-end travelers.

Yamashita personally searched for the ideal site, starting in March 2015. The construction was from August 2016 to November 2017. The complex is comprised of an administration building with the reception and restaurant, 3 luxury pool villas and 10 semi-detached villas, totaling 14 buildings with 23 guest rooms.

The site slopes down 25m with the tranquil, intimate path leading down to the quiet inland sea to the southeast. Landscaping restores the original indigenous seascape while embedding the structures into the surroundings.

The architect worked with the structural engineer to develop the form of the Pool Villas, inspired by traditional Amamian raised-floor granaries, traditional local hip-and-gable roof houses and Amamian conch-shells.

The exterior walls and roofs are clad with silver-gray wood planks developed for this project. The Oshima Tsumugi traditional mud-dyeing method was applied to Itajii (local Castanopsis sieboldii) lumber. Soaking the tannin rich lumber in the iron-rich mud of Amami, turns it into a deep gray color through a chemical reaction.

The planks were used for the roofs of the other structures as well. The semi-detached villas rhythmically stagger, both in plan and section, half of which are connected via the terrace for suite use. The roofs on the restaurant building overlap each other at odd angles, protruding dynamically, giving the interior space a swirling feel and multilayered complexity. Such architectural forms and multilayered space all come from an underlying concept, “Designing the In-betweens” that ties the whole project together.

Designing the In-betweens
Amami has always found itself between others, both geographically and historically. Since the medieval era to the Edo period, it was the target of exploitation, repeatedly claimed in turns by Ryuku Dynasty and Satsuma Domain. After WWII, it was governed by the US for 8 years before being returned to Japan in 1953.

Yamashita thinks this commission came to him for a number of reasons. Being from this island, having created numerous, characteristic architecture with compact spaces, having developed original construction methods and structures, the use of local materials of various regions and having researched resort hotels for a long period of time. On receiving this commission, he re-studied the history and nature of Amami and conducted an extensive survey of the existing accommodations in Amami. His conclusion was “designing in and for Amami” was a matter of “designing the in-betweens.”

The concept has five aspects.
1. Achieving a sense of self liberation between the vast sky and sea
2. Restoring the local indigenous vegetation which has deteriorated, placed in between nature and human activity
3. Combining a sense of tradition and newness, between traditional and new architecture
4. Developing a material for architecture unique to Amami in between methods of traditional industries and new materials
5. Providing a wide variety of accommodation facilities and food services in between times, before Amami Islands is formally enlisted as a UNESCO natural heritage site.

Designing the in-betweens is by no means a negative mindset and the concept is a new way of making progress through defining one’s own standpoint, learning from history, breaking the status quo, and taking control of one’s own future. 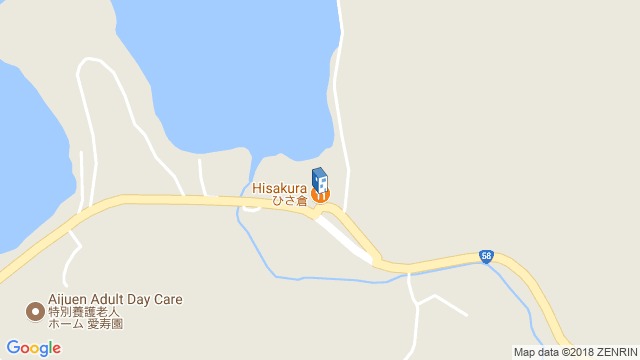