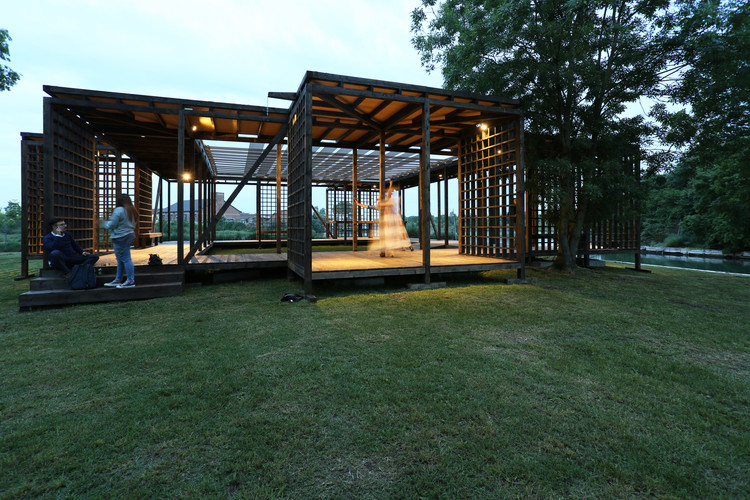 Text description provided by the architects. The Corte Del Forte project came about after an invitation to Rintala Eggertsson Architects from curators Yvonne Farrell and Shelley McNamara to participate in the 16th Venice Architecture Biennale. We were asked to do a special project at Forte Maghera, a closed down fortress in the Mestre part of Venice. As a gesture towards the local population, the curators decided to take the FREESPACE theme of the biennale out of the ordinary exhibition venues and build a pavilion for social activities in the mainland township of Mestre, thus establishing a better contact between the Biennale visitors and the general public. The choice of the site by the curatorial team was obvious; together with the adjacent San Giuliano Park, Forte Maghera serves as the main recreational area for the local population in Venice.

With dance as one of the main organized activities in Forte Maghera, it became a logical function for the pavilion. Although the pavilion is mainly a functional space for dance performances, musical events, and larger concerts, it should also aspire to arbitrary happenings and serve as a hangout for the numerous visitors to the area and become a free space in the broadest sense of the word. To us this was an important aspect as it underlines the core elements in our conceptual statement to the Biennale; democracy and freedom from economic and political restraints:

Architecture, whether a home or a public space, that supports life with meaning will empower people to take better care of themselves, each other and their surroundings, as a contradiction to construction that symbolizes the mere ideas of power and wealth. It is our role as architects to establish a free space in which to enact for the benefit of mankind. With the rise of global trade and surge towards nationalism in the world, we see mainly two areas where our lives are being challenged:

Economic landscape:
Freespace is contrary to something you must pay for: Market forcing amalgam architecture that fills the space with a contract to consume instead of one to communicate. More than ever we need spaces that are free to be visited, affordable for everyone. A space that is empty, not because it lacks something, but remains so just until it is filled with the free thinking and action of the visitors.

Political landscape:
To counteract and balance power-structures one needs a free space to think freely. A space that allows counter-thinking, critical views, pluralism, even anarchism. Every healthily sustainable civilization has this in their blueprint, or it fails.
In our Corte Del Forte installation, we want to emphasize the social function of architecture with a small dance pavilion in a setting which is a manifestation of former political, economic and military landscapes and simultaneously a representation of the transition towards demilitarization, openness, and democracy.

Organisation of the Project
The architectonic organization of the Corte Del Forte project is based on a 2,1-meter wide walkway surrounding a square courtyard with two functional spaces; the stage and the bar projecting towards the outside. Two other spaces; one intimate and the other more exposed were added to the outside perimeter to stimulate to a more varied experience of the surroundings. The inside was kept as simple and regular as possible to maximize the visual connection between the four sides of the courtyard and create a sense of unity for the visitors. The courtyard typology is common in southern climates offering shelter from the burning heat of the sun with air and shadow. To increase the functionality this gives, we have covered the courtyard with a textile canopy, woven into a pattern which highlights the directionality of the space. The checkered pattern is also used for the lattice walls which are the only vertical space dividers in the pavilion. 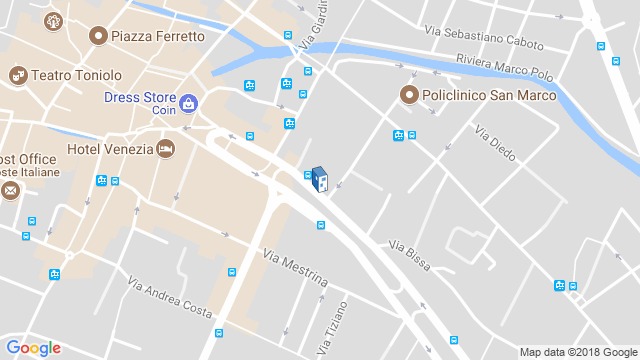