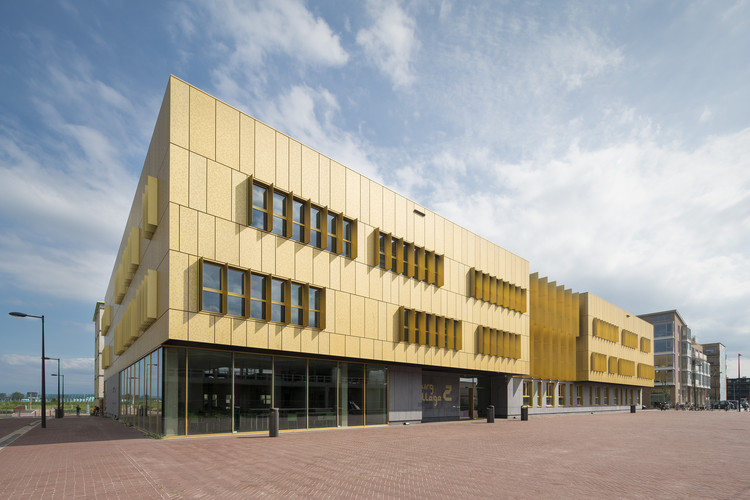 Compact Building
IJburg College’s main school is located on IJburg, in Amsterdam. For its extension, a branch of the school will be built on neighbouring Zeeburgereiland. The school’s site is surrounded by greenery and water, typical for Zeeburgereiland. Atelier PRO’s design comprises a compact building that is adapted closely to the urban design framework. The main concept of the design was developed from a bottom-up approach whereby students, teachers and parents were asked to contribute ideas about the school. This was combined with the school’s vision that the shared floors for practical subjects be placed centrally between two departments to create a meeting point. The introduction of a split-level maximises the limited building volume and facilitates greater spatial connections between the different functions.

Network of stairs
The school’s motto is: ‘Learn in a learning community’. This means that everyone contributes to one another’s development, and to the development of the school. Centrally placed in the new building will be a large void to bring in light and air, and create a sense of spaciousness. Suspended in this void is a network of stairs that connects different parts of the school, and provides a social space where people can meet one another. All departments as well as the rooms for practical subjects are organised around this void, which results in a well-structured layout.

Custom made concept design
As the appointed client, HEVO initiated the European tender on behalf of IJburg College on the basis of a fixed fee. The selection process began with 47 candidates that were narrowed down in an intermediary stage to five practices, whom HEVO then visited in person. From these five, two finalists were selected. Atelier PRO and the other finalist then conducted feedback sessions with students, parents, experts and the selection committee: this resulted in a true custom-made concept design. This was an innovative way to hold the tender because the client truly invested time and effort in finding the right partner. Using this approach ensures that quality, not price, becomes the deciding factor. 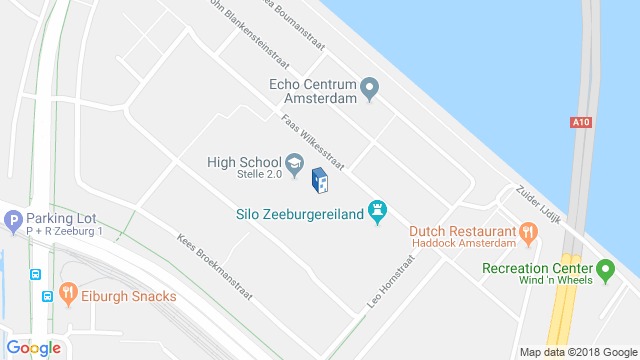 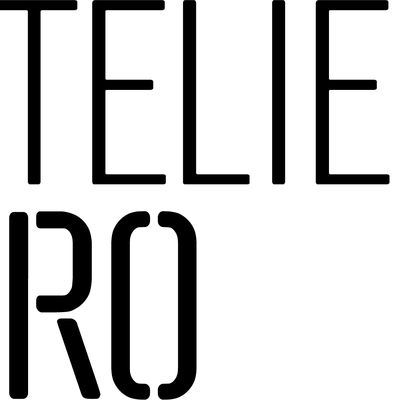