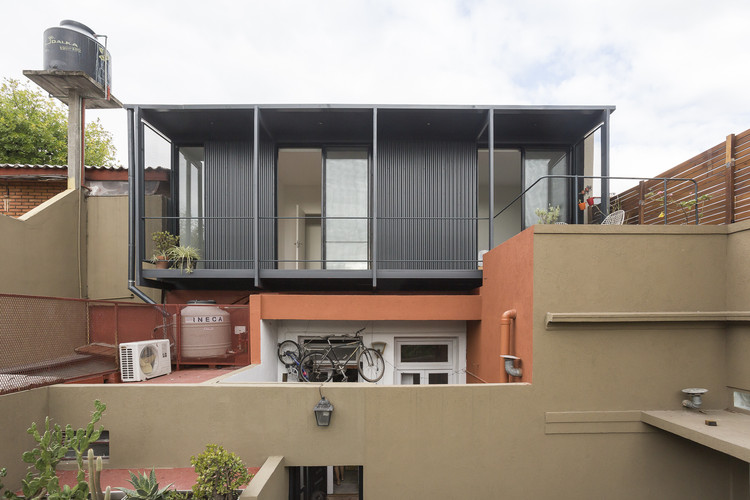 Text description provided by the architects. As the name implies, the project involves an intervention on an existing PH-type dwelling, characteristic Buenos Aires housing typology, inheritance from the "chorizo house" of the early twentieth century.

The imminent growth of the family meant the need to increase the habitable surfaces of the house. The rooting to the neighborhood, the potential for growth / densification of the unit itself and the atypical situation of having a park belonging to a parish right next to the plot (a fact that guarantees the low and wooded character of the block in time) were determining factors to bet for an intervention on the pre-existing.

The original structure, although it had received small changes, retained characteristics common to the typology: two main high-rise ceilings rooms organized around a small access / expansion patio and the service areas located on the short sides of it.

Given this scenario it was determined that the housing growth would be in height and having as premise to preserve the existing maximum, on the one hand due to its good state of construction and on the other that the couple needed to continue living in the house as long as possible during the work period.

The corresponding roof with the main rooms (until that moment inaccessible) was the ideal area to receive the extension. The same is translated in the addition of a new constructed volume, light and clearly differentiated by its language - materiality - color of the existing construction.

Five structural frames materialized by metal tubes are placed on the existing load-bearing walls, minimizing the impact on the above. This frames delimit both the interior and exterior spaces, being at the same time a supporting and spatial structure.

A gallery with constant depth, except in the South end where it expands over the kitchen, is a programmatic novelty for the house that enhances the visual relationship with the next door grove.

Finally, the staircase, last element to be executed (once the upper volume was finished), not only solves the vertical link between the new and the old / the common areas and private areas, but also allows the entry of natural light into the lower level, redefining the character and appropriation of it. 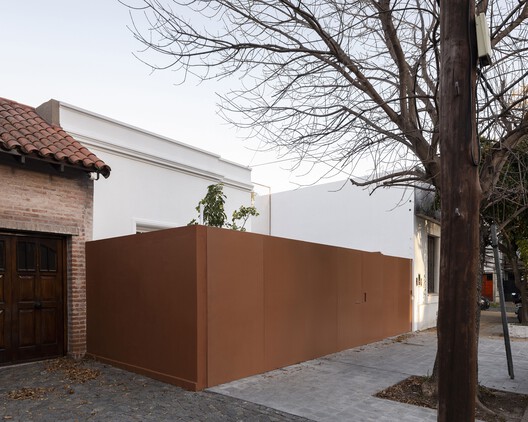 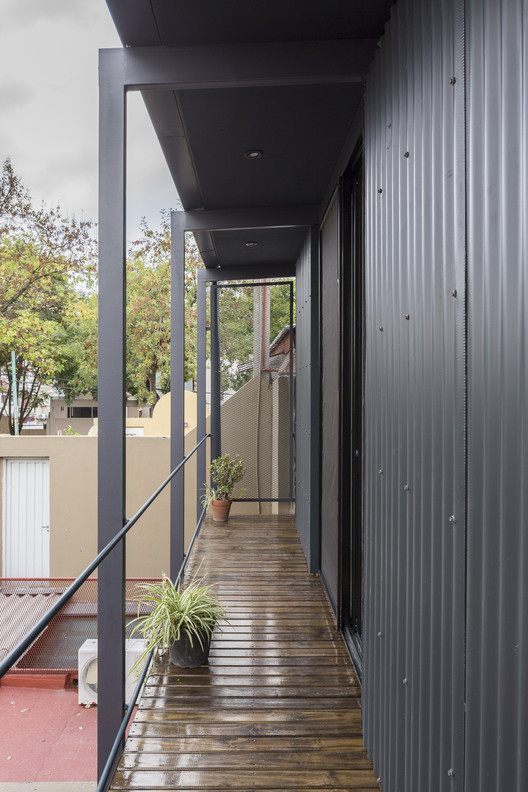