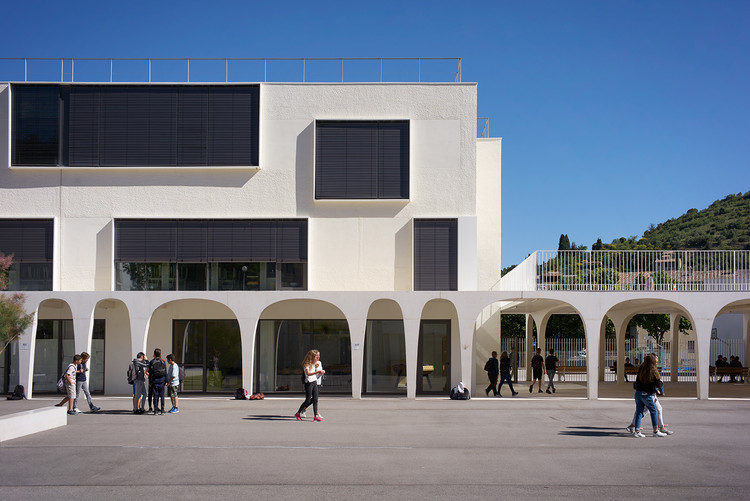 Text description provided by the architects. Located in the Alpes de Hautes Provence, the peaceful town of Riez lives above its archaeological Roman heritage, buried along a former dried-up river. A dilapidated secondary school stands above these ruins. It was built in the 1960’s, at a time when such a heritage was rejected, to the point where it vanished in the depths of the school’s crawl spaces. The restructuring of the school’s functioning and its retrofitting raise the question of the future of these ruins and of their possible enhancement. Due to lack of funding, the project sponsor decided to facilitate access to archaeologists while denying it to the public and to students.

Nevertheless, it seemed to us that the school could humbly tell the story of its soil, thus anchoring it to its territory. In this environment rich with History, the aim is not to produce a generic but a specific architecture. As a result, we wanted to root the project in the history of the Roman city that Riez once was, by considering the school as a living, fully-fledged vestige on which an excavation campaign would be conducted.

Thus, just like an archaeologist draws a squaring line on the soil of an exploration site, facades have been carved so that their cross-sections would reveal the various strata which make up the buildings, from their initial posts and beam structure to today’s mineral white coating. Consequently, our intervention tells the story of the walls but also that of indescribable time and of the scores of workers who built those walls. The archaeological specificity of the site forbids to dig the ground more than 60 cm deep and requires future excavation campaigns on the site to be possible.

Thus, the passageway that we propose to build on the edge of the playground to unite the various buildings of the school was designed as a succession of small prefabricated white concrete structures. Each of these units is made up of a floor slab on which an arch rest, itself supporting a roofing slab. The combined structures delineate a shaded walk, like under Roman archways. On the first floor, the roofs of the passageways will link the main buildings of the school, thus offering a separate space and a view on the hills and on the baptistery, which is the only resurgence of Riez’s buried heritage. 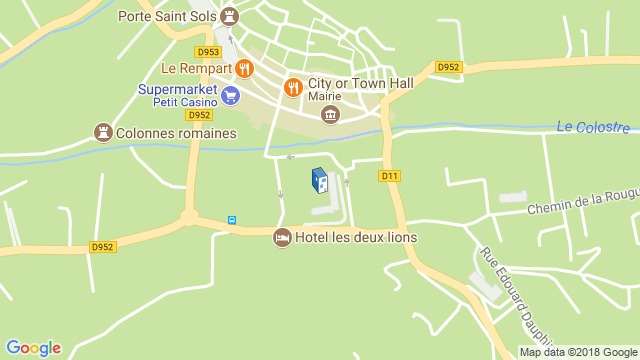 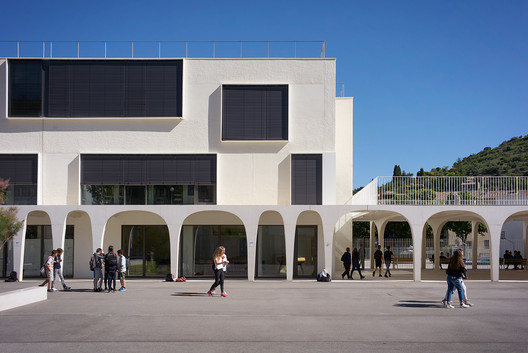