Save
House in Caiobá / Aleph Zero 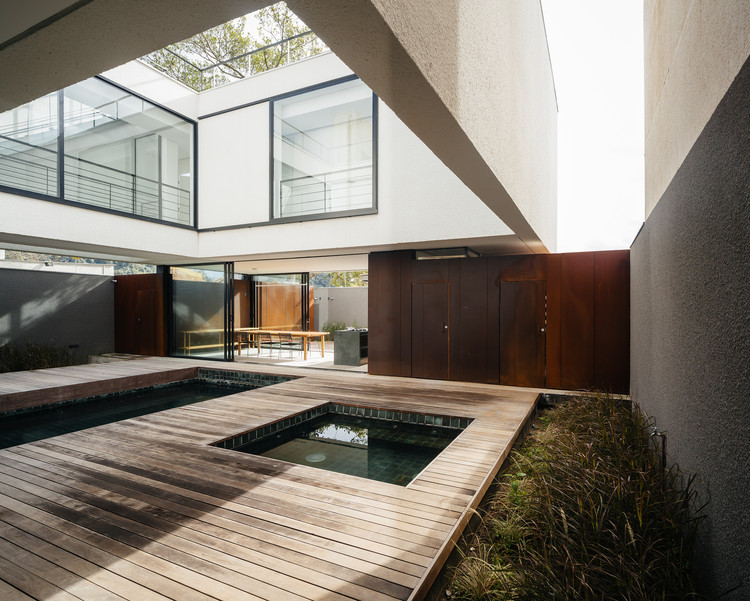 Text description provided by the architects. A few blocks away from the sea, a dead-end street surrounded by dense coastal vegetation, goes in through the lot`s ground up to the limit of its furthermost wall. A sequence of spaces, at times covered at times uncovered, marks the rhythm of this route and dissolves the distinction between inside and outside.

The continuous gaze is interrupted only by prisms covered in corten steel – a living mineral, almost vegetal in its metamorphosis by oxidation - which has functions of support to the house’s social spaces. Four meters above, containing private functions, another prism floats, white as the walls of the colonial house, but effusively perforated, excavated, so as to let in all the way to the soil and to its own interior, the sunlight, the views of the mountains and the surrounding vegetation.

Through its gaps, arises the possibility of the unexpected encounter, between the natural and the rational, between the private and the social or even the simplest visual interaction between two individuals. A major quantity of the house furniture was made with wood reused from the concrete formwork. 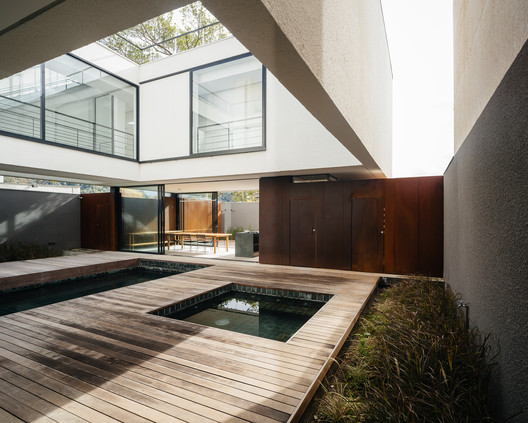