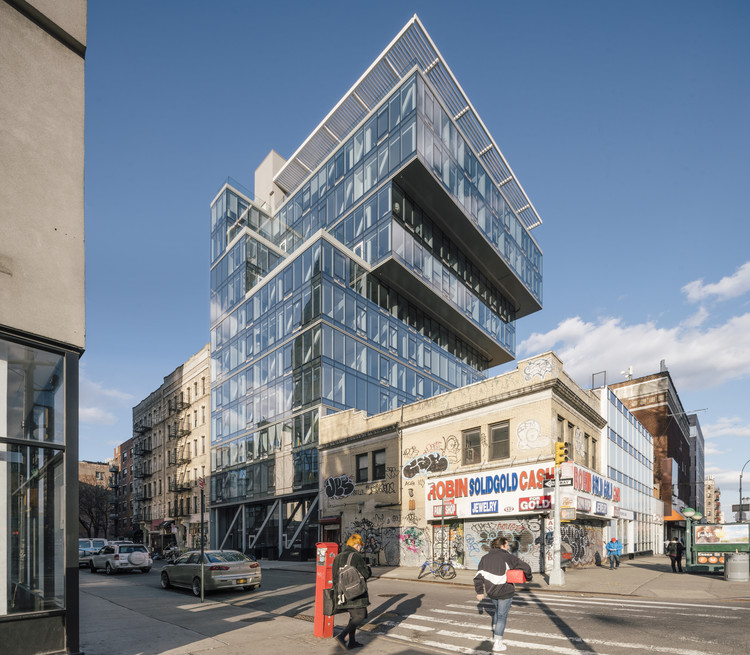 Text description provided by the architects. Beyond an acute awareness of elements such as context and the needs of its community, ODA New York’s brand DNA is earmarked, in particular, by a special dexterity with—or even mastery of—the city’s byzantine zoning code; a kind of sixth sense for navigating the various restrictions and regulations in a way that enables ODA to consistently challenge architectural convention. That zoning facility is on full display in the brand’s latest multifamily masterstroke. Indeed, located on NYC’s lower east side, 100 Norfolk quite literally turns convention on its head.

Situated on a narrow lot between Delancey and Rivington Streets, Norfolk’s site would ordinarily dictate a fairly standard form: a planar rectangle which, per setback rules, would be constrained beyond a certain height, offering the best light and views to a limited few, likely at a premium.

It’s a tired and inherently exclusive format, and one which ODA effectively eschews with one brazen question. Instead of locating the bulk of the building’s mass at its base—where fresh air and sunlight are diminished, and street noise abounds—ODA wondered whether the massing could essentially be reversed, with a narrow base rising to a more expansive top. Basically, could 100 Norfolk be oriented upside down?

Leveraging its masterful command of zoning laws—including those pertaining to the transfer of available air rights—ODA looked to a neighboring property for the answer. Or, more accurately, ODA looked above it, where the firm identified 11,000 square feet of unused air space ripe for construction. In order to harness that space within height limitations, they opted to invoke a dramatic series of cantilevers. Instead of simply reaching upward, Norfolk also extends sideways, broadening progressively outward every two floors above the sixth.

That horizontal (in addition to vertical) growth at its upper half yields the “upside down” distribution that ODA was after—a narrow base ascending to an expansive top—and renders Norfolk an infill project that performs more like a corner property: with more units situated towards the top, enjoying suffusive sunlight and enviable views. Unlike the more traditional, penthouse-topped model, in Norfolk, these benefits are democratized, enjoyed by the majority of tenants.

Those elements are enhanced by an ample glass curtainwall, which interfaces with Bernard Tschumi’s nearby building, and facilitated by structural trusses that support the building’s bold cantilever. Leaving the trusses deliberately exposed serves as a visible celebration of the project’s game changing morphology.

In addition to light and views, Norfolk’s morphological feat confers several other significant advantages. Namely, it generates a top floor with double the bottom’s footprint, thereby allowing for a massive rooftop terrace. ODA’s engagement with the adjacent property extends to that building’s roof as well, which is integrated as a second terrace chockablock with amenities—and contributes to the project’s total of 7,800 gross outdoor square feet.

Exemplifying both the brand’s visual and technical prowess, the complexities of this project are fleshed out in ODA’s soon-to-be released book, Unboxing New York, offering a peak behind the curtain of their remarkable body of work. 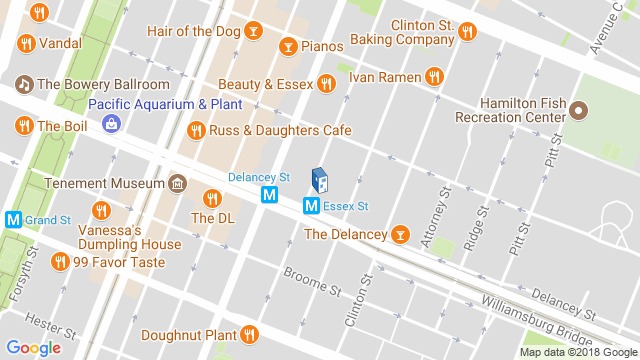 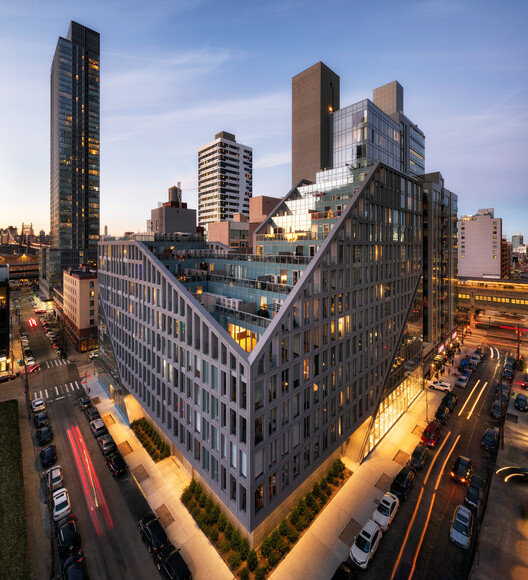 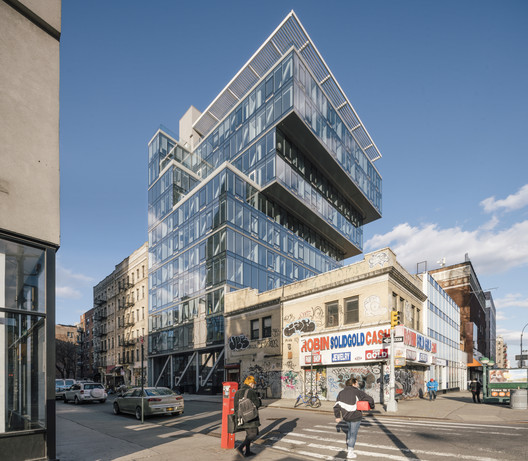