Transborder has announced their estimated completion date of 2020 for the extension to Oslo's Center for Studies of the Holocaust and Religious Minorities. The building, Villa Grande, was once the residence of the leader of the Norwegian Nazi Party during the invasion years. "This faceted legacy where important contributions to the appearance of the villa arose from a dark and hateful ideology, demanded a critical adaptation of the extension where one had to have a conscious attitude to historical layers of the building." 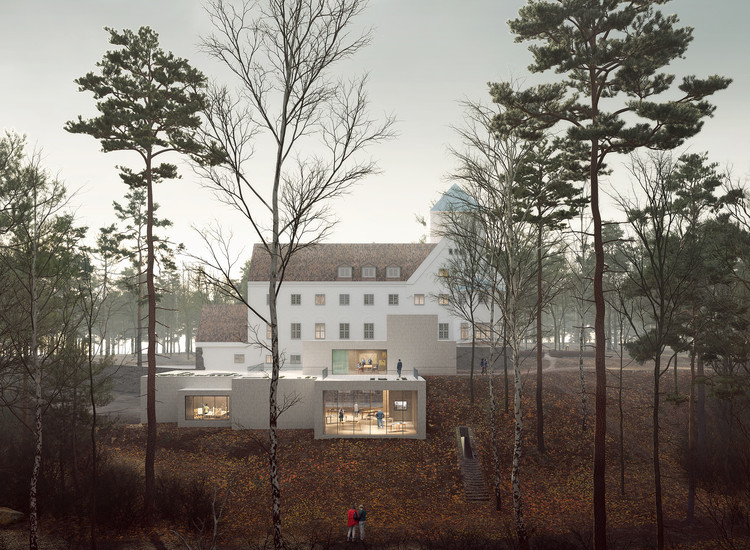 The history of Villa Grande began in 1917 when architects Christian Morgenstierne and Arne Eide first designed it. During the Nazi occupation of Norway, the structure was completed and furnished as a residence for the Nazi prime minister Vidkun Quisling and his wife. The building was then renamed Gimlé. Following World War II, it became the headquarters of the Allied forces, then an ambassador residence, nursing school, and finally the home of the Center for Studies of Holocaust and Religious Minorities in 2006.

Consisting of exhibition, learning, and workshop spaces, the extension is integrated into the landscape, bringing in natural elements to create a contemplative space where new narratives can be created. In designing the further expansion, the architects of Transborder have continued the idea of Villa Grande introduced by its original architects, that of the “castle on the hill.” By working with the edge of the “castle plateau,” the design uses a low-key composition of volumes and openings to retain an interpretation of Villa Grande’s distinctive castle-like massing.

The building is in constant dialogue with the garden, villa, and surrounding nature. The exhibition and workshop areas are located at the base, with its roof becoming an extended green space. This creates a continuous movement around Villa Grande. The new wing is connected to the central building on two floors, alongside a reflecting pool, which becomes a space for contemplation as well as a starting point for the permanent and temporary exhibitions. 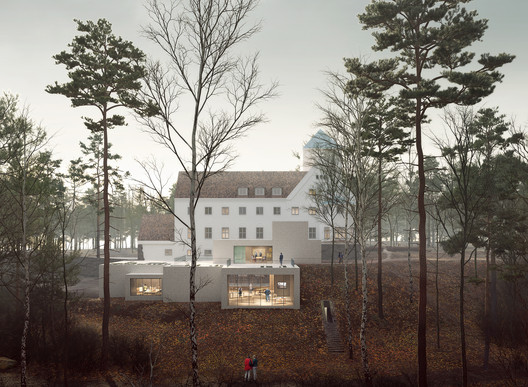