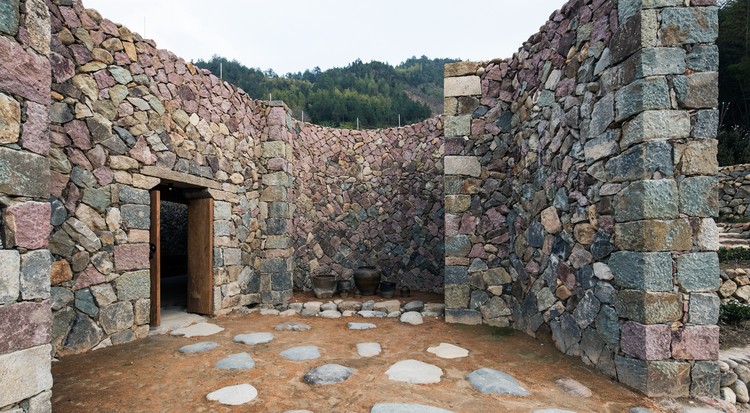 Text description provided by the architects. The village of Shicang, whose residents belong to a Hakka ethnic group, is located in a narrow valley in the south of Songyang Country. The Hakka are also referred to as ‘guests’, since they migrated here as refugees from northern regions in the past centuries. They have retained their special status until today, which is characterized by the strong internal cohesion of the group.

The name of the village of Shicang can be translated as stone storage, which in turn refers to a legend, according to which there were able to supply themselves. Greedy inhabitants allegedly broke open the cave, which consequently lost its ability to produce grain. In place of the grain, it was afterwards only possible to find stones.

To commemorate this story, which gave the village its name, Xu Tiantian developed a building that takes up the local construction of bridges and residential buildings. Coarsely hewn stones are layered in a wild lattice to create massive walls that continue the slope on the edge of the village out into the landscape. The architecture is connected with the landscape by means of various sequences of spaces both inside and out.

An existing irrigation channel was guided over the roof and provides water, which, on particular days, is sprayed by nozzles to create a water curtain on the inside. By means of a linear opening in the roof, sunlight falls on the water curtain, where a rainbow forms. This temporary phenomenon attracts visitors, who then enliven neighboring villages as well.

The museum itself has no controlled access and only exhibits copies of, in part, several-hundred-year-old Hakka indentures. The inspiration from the local legend situates the museum, with which both craftsmanship and material culture have been revitalized. 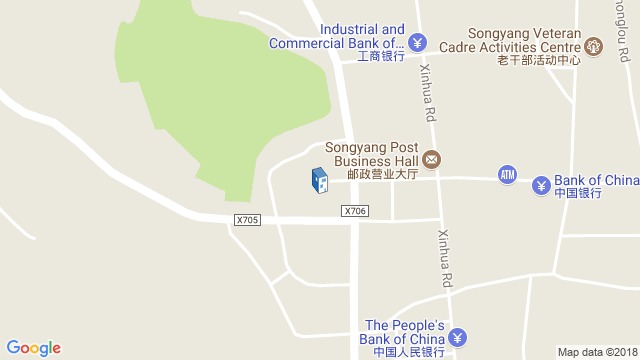 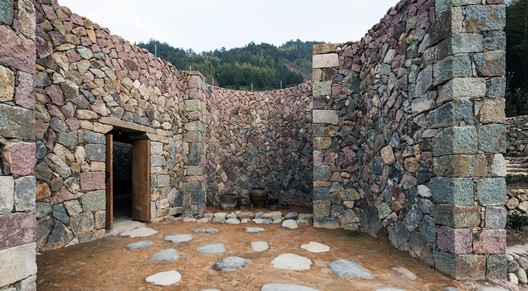