Massachusetts’ Bentley University Arena together with Architectural Resources Cambridge (ARC) have earned the LEED Platinum certification and was named the most environmentally sustainable arena in the United States. The 76,000 square foot arena emphasizes the university’s commitment to sustainability, energy efficiency, and goal to reach carbon neutrality by the year 2030. Bentley Unversity also offers a major in Sustainability Science and a program that will reduce more than 270 tons of material waste per year. This arena hosts several university events such as concerts, alumni events, career fairs, and is home to its NCAA Division I hockey team. 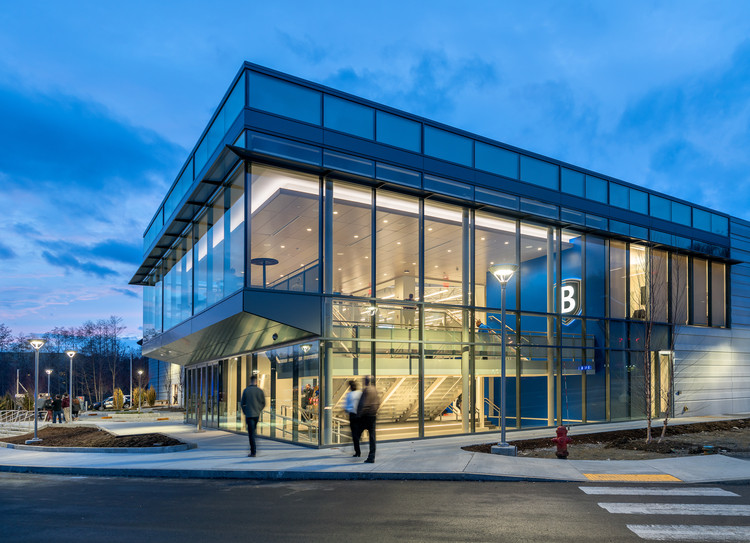 Thanks to the combination of the rooftop solar technology and energy-efficient mechanical design, the overall grid energy required to power the arena will be less than half of what it would take power a building of a similar size. These technologies also cut the building’s carbon footprint in half.
- Amanda King, director of sustainability at Bentley.

The sustainable features of the arena include but are not limited to: a 504-kilowatt solar panel that will generate 40% of the building's needs, a technology that uses heat from the ice rink to produce hot water in the building, and windows that decrease the amount of electricity needed to light the structure.

ARC was honored to have the opportunity to partner with Bentley University to design the first multipurpose hockey arena in the country to achieve LEED platinum certification. The new arena embodies the goals and aspirations of the University to be a national leader in sustainability. This project was accomplished through hard work, and many people came together to embrace this challenge with dedication and enthusiasm. From start to finish, it was a pleasure to be a part of this team.
- Philip Laird, president of ARC.