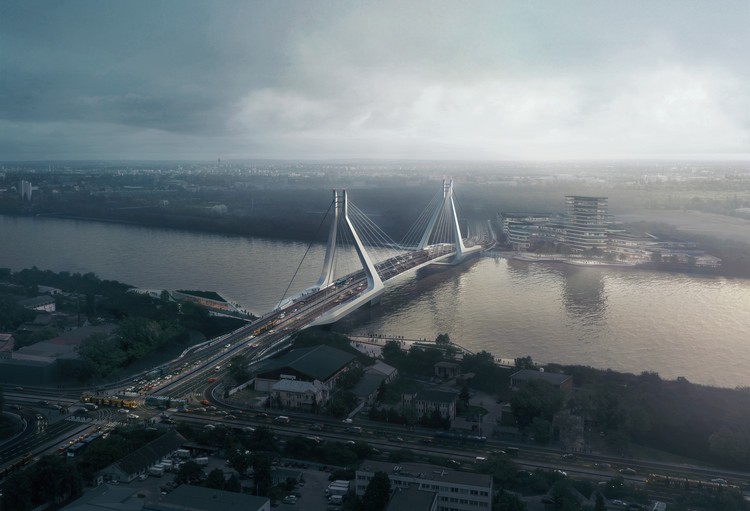 The UNStudio scheme comprises a 1640-foot-long (500-meter-long) two-pylon stayed girder bridge, combining a road, tram, pedestrian and cycle crossing. The proposal seeks to act as a gateway to the city, while not impinging on its environment. By avoiding overpass structures on the off-ramp, and the fixture of lighting along gates and piers, the scheme sits elegantly in the landscape while maintaining a human-friendly scale.

It was essential that the bridge would be in harmony with Budapest - which owes much of its configuration to the surrounding landscape - and its future vision. It was also important that the bridge enables unobstructed views below and above the bridge deck. We wanted it to operate as a clear gateway to the city, like an inviting gesture of hands.
-Ben van Berkel, Founder, UNStudio

The scheme’s pylons are crafted from steel and finished in a white sheen, creating a blank canvas activated by the ever-changing hues and colors of the natural surroundings. A 720 foot (220 meter) main-span cable system offers unobstructed views across the urban landscape while also introducing a new structural typology to the city.

While the consortium containing Zaha Hadid Architects is responsible for the Sheikh Zayed Bridge in Abu Dhabi, the Lavigne & Chéron Architects consortium is known for their Terenez Bridge in France. 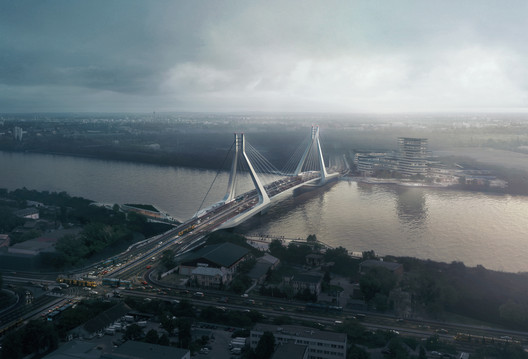