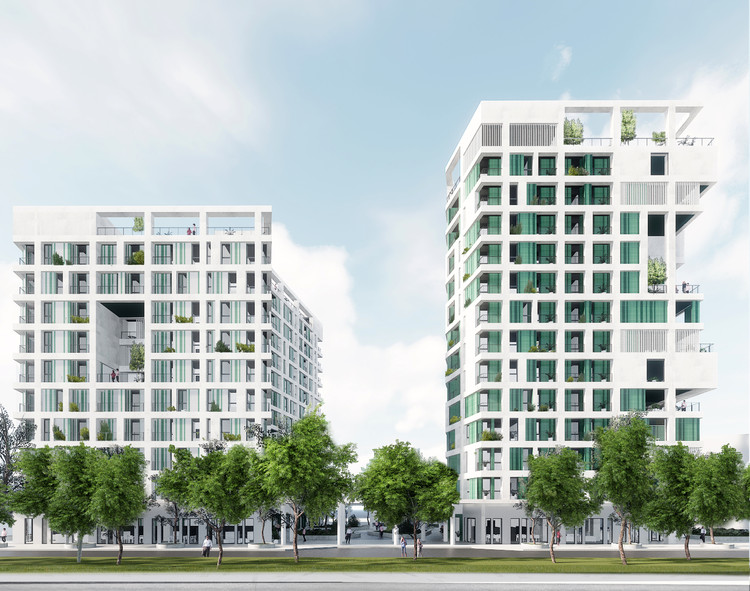 The scheme seeks to herald in a larger urban development of mixed-use buildings along a new green corridor. The two buildings, with forms defined by the triangular plot they occupy, feature ground floor commercial units to enhance street life and public spaces.

The east building contains most the scheme’s apartments, while the west building features a mixed-use program, including a gym, shared kitchen, reading room, and senior’s day-care center, as well as apartments. Meanwhile, a “Sky Park” spread over several floors, and connected by green terraces, seeks to act as a social hub to bring together residents and the local community.

The scheme’s façade is shaped along a grid of vertical elements and windows, resulting in various playful rhythms, while the depth between the structure and exterior walls gives shade and cooling to interior spaces during the summer months. Green and white ceramic tiles infill a stucco surface, creating a playful composition along the façade to separate the scheme from its surroundings.

While the colored tiles are a typical feature of Taiwanese architecture, their application represents a departure from most housing blocks in Taiwan, with Mecanoo using the tiles to create a contrast between structure and walls, rather than using tiles to cover the walls entirely.

Having been chosen in 2016 by way of a design competition, construction of the scheme is expected to be completed by 2020. 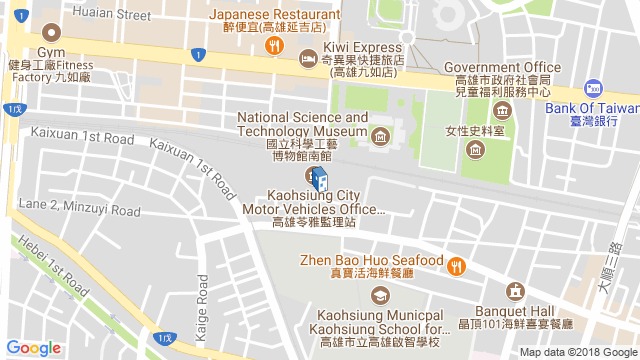 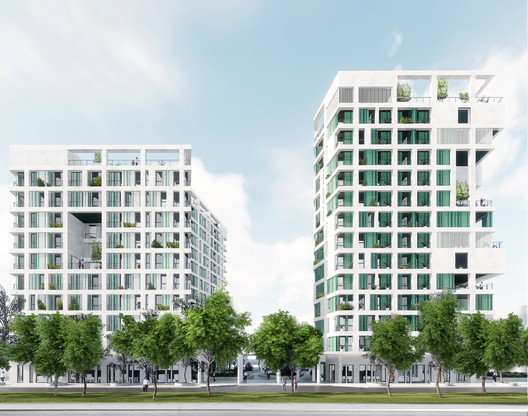