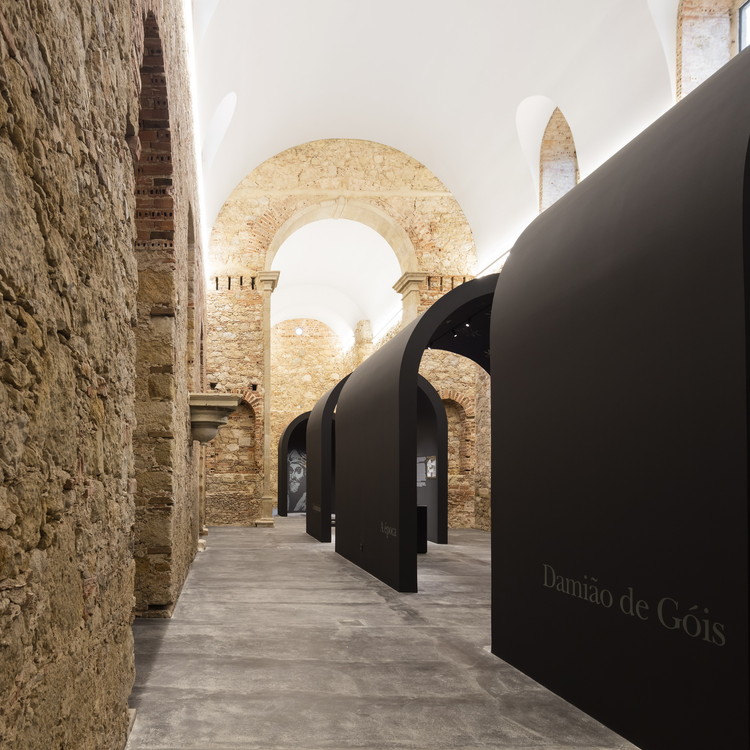 Text description provided by the architects. Intervening in an existing building is in itself a good challenge, when we have added centuries of history to the pre-existence, the challenge is even greater. The intervention focuses on the creation of an exhibition structure, alluding to the life and historical legacy of Damião de Gois, inside an old, restored church in Alenquer. The church, now emptied of this function, is now a "container" space with its own identity, marked by the geometry of its vaulted ceilings and the texture of its brick walls, with great plastic value.

The proposal seeks precisely to value the plastic characteristics of space and minimize its impact on pre-existence, respecting the existing, moving away from the walls, seeking a central position in space, assuming a geometry that is familiar to the building, originated by an offset to the shapes of the ceiling and walls, capturing the configuration of the void that exists in a kind of dark colored, fragmented nucleus that receives and organizes the exhibition and the visitors.

This nucleus, although fragmented, gives the visitor an idea of ​​virtual continuity, where their voids are understood as moments of pause and contemplation of the existent and as moments of penetration inside the nucleus, exploring this ancestral relationship of interior and exterior, which has fascinated us since the beginning of the project.

The exhibition space is assumed as a delicate black element that invites its discovery and that stands out from the remaining chromatism of the existing space, without ever overlapping it but without losing its spatial characteristics. 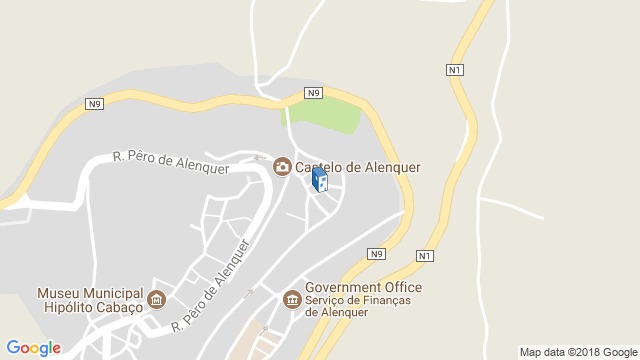 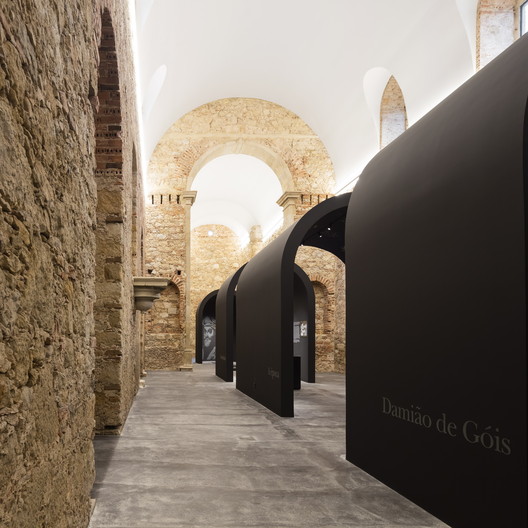