The spatial investigation group Forensic Architecture has been nominated for the 2018 Turner Prize. Based at Goldsmiths University in London, the interdisciplinary group of architects, filmmakers, journalists, lawyers, and scientists have devoted their energy to investigating state and corporate violations worldwide.

The nomination represents the second time a team of spatial designers has been recognized by the prize in its three-decade history, following on from 2015 winners Assemble. 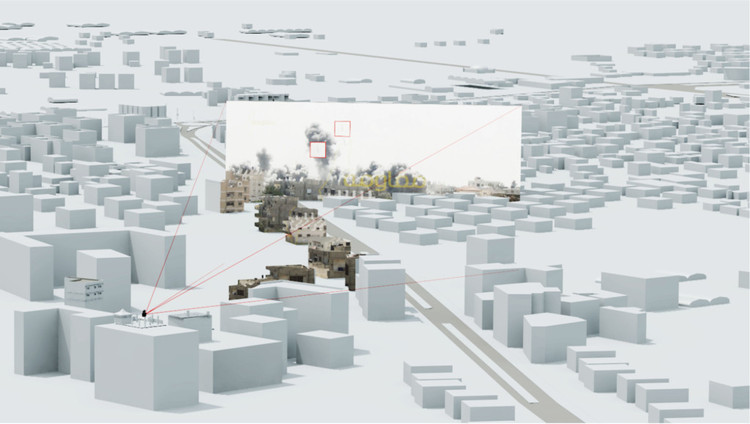 Founded in 2010 by architect Eyal Weizman, Forensic Architecture capitalizes on the widespread availability of open-source, grassroots evidence made abundant in the digital media age, including smartphone images, eyewitness testimony, satellite images, and digital recording equipment, to contribute to the fields of human rights, activism, and journalism.

The online crowdsourcing database behind Forensic Architecture was exemplified recently with news that the team intended to collect people’s first-hand accounts of the Grenfell Tower fire in London in June 2017 through the Grenfell Media Archive, in order to map them onto a 3D model of the tower and analyze exactly how the tragedy occurred.

Previous examples of Forensic Architecture’s activist work include a collaboration with Amnesty International to create a 3D model of Saydnaya, a Syrian torture prison, using architectural and acoustic modeling in 2016. Reconstructing the architecture of the secret detention center from the memory of survivors-turned-refugees, the project focused attention on traumatic events suffered in the prison.

Forensic Architecture joins the coveted shortlist with three other artists: Naeem Mohaiemen, Charlotte Prodger, and Luke Willis Thompson. £25,000 will be awarded to the winner, with £5,000 going to the other three shortlisted artists.

Works from the four shortlisted artists will be on display at the Tate Britain in London from 25th September 2018 to the 6th January 2019, with the winner announced at an award ceremony in December 2018.

This article was originally published on TiP, Balmond Studio and is republished here with permission. When an atrocity occurs how do we unpack the truth, using the learnings of architecture, science and art to seek justice? Dealing with this complex issue is architect Eyal Weizman, founder of the ground-breaking research group, Forensic Architecture (FA) at Goldsmiths University, of London. 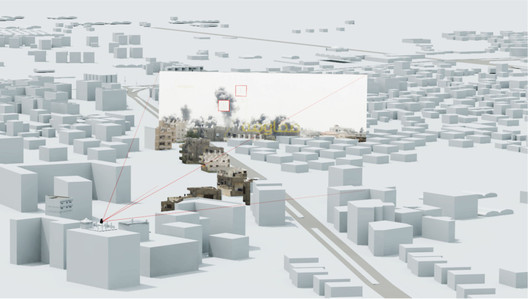