Save
Dear Internet: Stop Placing Blame for Gentrification on an Architectural Style
Share
Or
Copy

This article was originally published by Common Edge as "Architecture, Aesthetic Moralism, and the Crisis of Urban Housing."

It may shock some people to hear this, but architecture is not urban planning. It is not transportation planning, sociology, political science, or critical geography. However, architecture, new-build apartment architecture specifically, has become a social media scapegoat for today’s urban housing crisis: escalating developer-driven gentrification.

Out of my own curiosity, I searched several academic databases for research that successfully correlates the architectural aesthetic of new build apartments with gentrification. While many writers and denizens of social media really want to blame today’s bland, boxy, cladding-driven style of multifamily urban housing for gentrification, I’m afraid the research isn’t there. In fact, one study featured in a paper on neighborhood early warning systems for gentrification cites historic architecture as one of five predictors of gentrification in the DC area.

Aesthetic moralism—the belief that one aesthetic is inherently better or more righteous than another—is a common fallacy many of us inadvertently fall prey to. This is especially true when the aesthetic in question is politicized, as in the case of the crisis of housing. There’s no doubt that constructive criticisms of an architectural aesthetic are useful and important. Additionally, there are types of architecture whose critiques are tied to specific philosophical and political problems, such as cultures of consumerism, or environmentalism. However, the distinction between constructive architectural critique and aesthetic moralism is that the latter is emotionalized and metaphorical—the supremacy of one style over another comes from the idea that the preferred style is inherently “right” or “great” without being tied to any supportive concrete political, material, or philosophical argument.

Aesthetic moralism is unfortunately trenchant in the urban housing debate, usually on the NIMBY side, which often argues that new housing destroys “neighborhood character.” However, it is unfortunate that such an empty argument has become more common in left critiques of the urban housing crisis and the YIMBY movement. Aesthetic moralism only serves to weaken the left’s genuine critiques of both the NIMBY politics of neighborhood exclusivity and the potential effects of market-driven housing reform on poor and racialized areas prone to displacement.

One sardonic article in particular, published recently in The Baffler, demonstrates this tendency of aesthetic moralism in lefty cultural circles. The author, writer Kyle Paoletta, spends almost the entire article complaining about the ugliness and blandness of new-build development in Cambridge. At the end, he pithily admits that “privileging aesthetics over affordability is exactly what ruined [Greenwich] Village…” concluding that ugliness is a necessary evil if we want cities to be affordable and that we should “press for the developers to at the very least maintain the venerable of urban life…”

Despite this brief, begrudging concession to the fact that more housing needs to be built (followed by one last paragraph of “but it’s ugly”), Paoletta’s piece is not absolved of its aesthetic moralism. In stark contrast, Belt Magazine published (on the same day as Paoletta’s screed) a lengthy article about rising rents in Chicago and the need for rent control to prevent displacement. While the piece by Mina Bloom and Ariel Cheung briefly mentions the role of architecture in Chicago’s gentrification, it focuses instead on the lived experience of vulnerable tenants and the structural causes of the influx of the wealthy into these areas. The article is convincing, and makes its point without petty finger pointing at ugly new apartments. If anything, aesthetic moralism detracts from the crux of the issue at the heart of the housing crisis: as housing becomes more and more expensive, more and more vulnerable populations will become displaced in order to accommodate the influx of the affluent into cities.

This use of architecture as a scapegoat for sociopolitical problems is nothing new. Personally, I am not a fan of the style of apartment architecture referred to by Kriston Capps as “fast-casual,” or by me as developer chic. However, its use as a target in the gentrification debate is misguided. First, as a recent debacle of internet memery proves, not every every iteration of developer chic is luxury or upper-middle class housing. This type of housing is relatively inexpensive to construct, which is why some architects and developers like it so much and why it is loathed by critics like Paoletta. In the private sector, cheap construction offers a high rate of return, but inexpensive or partially prefabricated construction have a long history in the architecture of public housing, the aesthetics of which have long been denounced. For example, the problems that plagued mid-century public housing in the US are frequently cited both inside (Charles Jencks, anyone?) and outside of architecture circles as failures of architecture and design rather than as a system of complex sociopolitical issues that intersect race, planning, and policy.

In San Francisco, the modernist towers of yesteryear are a continuous boogeyman weaponized to prevent multi-family affordable and public housing from getting built, allowing the property values of single-family homes to continue to rise past their current $1 million dollar median.

America’s hatred towards the poor and the working class are laid bare in these naked feuds. In 2000, 42 units of federally-subsidized housing for teachers who could no longer afford to live in San Francisco was overthrown by homeowners in the Sunset District who in a fit of cruel hysteria claimed that “[the teachers] don’t even do a good job educating our kids,” and that the project was a slippery slope to public housing tower blocks that would usher in “rampant crime.” In Forest Hill, another neighborhood of San Francisco, architecture was a major excuse for homeowners’ successful fight against housing for formerly homeless people and senior citizens, claiming that the dense development would ruin the character of the neighborhood and that the design would give rise to and be inhabited by the mentally ill and “drug addicts.”

San Francisco and other California cities need to house a large number of people as these areas becomes increasingly unaffordable, and yet the myth of the design of modernist towers being a precursor to crime continues to pervade the discussion amongst people who, when it comes down to it, would rather see teachers, seniors, poor and working class people live on the streets than have their property values decline (another myth), their views blocked, or their “neighborhood character” ruined.

Affordable mid and high-rise towers are the most effective way to house the greatest number of people on the smallest parcel of land, something that’s desperately needed in places like San Francisco, where the value of land is so high. In today’s world of inexpensive building materials, that means building in developer-chic. In a particularly twisted turn of fate, many of the people protesting modernist high rises in San Francisco, claiming that they will ruin the character of their neighborhoods, live in areas full of modernist houses, including those designed by the famed Joseph Eichler, who aimed to design houses with great architecture that were affordable for the masses.

A great tragedy of modernism was that it often intended to do the most good and help the most amount of people, from the post-war social democratic visions of Britain and “Red” Vienna to the thousands of high schools and post offices built during the Works Progress Administration—modernism was a vision that architecture in this wonderfully technologically advanced world could be utilized to better the lives of all mankind. Modernist public housing was not the failure of architecture it was the failure of people—through racial prejudices, misguided and poorly thought out policies, ugly politics, and economic greed, people caused the public housing of the past to fail.

Still, there’s a reason developer-chic architecture has become so loathed by those fighting for the right to affordable housing. Even though there are several examples to the contrary, a good bit of this type of housing is built for the upper-middle classes, and in this way, its presence is politicized. New-build apartment buildings are common in wealthier enclaves of cities with great disparities in income inequality, such as Baltimore or Philadelphia. But they are often built during what scholars Jason Hackworth and Neil Smith have called “third-wave gentrification,” which is exemplified by gentrification’s expansion into both inner-city and more remote neighborhoods, the involvement of larger developers in gentrifying neighborhoods, the weakening of the anti-gentrification movement as workers are displaced from the city, and increased involvement of the state in gentrification. The architectural profiles of these new buildings may not cause gentrification, in and of themselves, but in many ways they become aesthetic symbols of the two waves of gentrification that have already been completed.

New luxury developments are often clad in both old and new aesthetic signifiers of wealth. Instead of the highly ornamental monumental architecture of cities past, new luxury developments offer (in the shape of an apartment building) the newer urban popularity of the ‘industrial,’ (a veneer of historical authenticity) to the many-cladded, large-windowed, pastiche and desirable interior amenities (granite countertops, anyone?) favored by many formerly suburban transplants. This is, in fact, one aspect of Paoletta’s article I agree with: many of these developer-chic apartments have “been scaled, planned, and outfitted for the very suburbs [their] inhabitants have fled.”

However, to dislike these apartments based on precedent aesthetic signifiers of luxury when the loathed architecture in question is utilized to house the formerly homeless, or offer a swath of affordable apartments for seniors creates confusion— a breakdown in the signifying chain.

So why do these new buildings look this way? Often, both luxury and affordable or public developments have to conform to certain aesthetic standards in order to pass a city’s required design review process before the proposed developments can be approved. When a city requires any new building to look a certain way as a condition of its being built, judging a book by its cover is certain to backfire.

Because of this, alongside the historical weaponization of aesthetics by the ruling classes in the fight for social housing, it is imperative that left critiques of both the NIMBY homeowner-class and the market-driven YIMBY movement, avoid aesthetic posturing. While new-build architecture may be an easy target for both ironic internet memes and armchair criticism, the urban housing debate has people’s lives and futures at stake, and thus must be firmly rooted in the political struggle for the right to the city. In the book The Art of Inequality: Architecture, Housing, and Real Estate, Jacob Moore and Susanne Schindler say it best: “No building type or architectural style creates inequality as such. Assuming so grossly overestimates architecture’s power.”

Kate Wagner is the creator of the viral architecture blog McMansion Hell, a freelance writer, and a graduate student at Johns Hopkins University researching concert hall design in transition from Late to Post-Modernism. 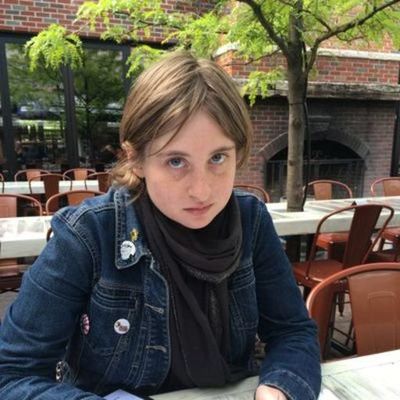