Save
Home of Pets / HDD 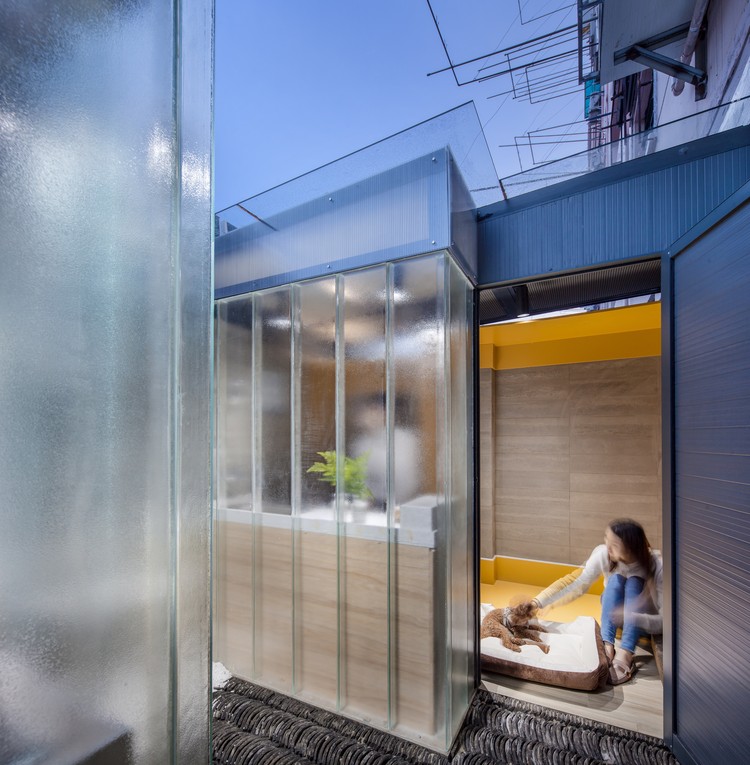 Background of the project
The project is located in Pudong, Shanghai. It is the basement of a typical Shanghai old mansion in the 90's. It has all the typical features of Shanghai's “Old and Small”. In addition to the two mothers and sons, the owner has 40 cats and 2 dogs. Everyone is crowded together to live in this 48m2 ground floor space. The entire space is full of cages, and human space is backlogged by extreme limits. This has also caused The contradiction between mother and son arises. At the same time, due to the high density of human pets, the light is dim, and various smells are mixed together, making the air quality very poor, and the health conditions are very embarrassing.

At the same time, the symbiotic relationship between pets and humans is reflected in their mutual need. Pets provide humankind with warmth and companionship in exchange for human food and living space. When the number of pets is large, if they are free-living, people's mixed living will turn into a war for space. If they are converted to prison-style isolation and culture, they will lose the equality of the original pets and human interaction. Therefore, the pet and the person in this scheme are in a superimposed state of connection and segmentation at all times.

Through a free-living cat apartment, the high-density free life of cats is isolated from humans. Polycarbonate hollow boards and matte acrylic materials are used to blur the boundaries of different spaces. People can see the coming and coming cats in the living room. The cat can also see the owner walking around through the translucent material.

There is a translucent sliding door hidden in the cat's apartment, this sliding door as a key valve for the pet world and the human world. When closed, the human channel is completely open, and the connection between the apartment and the cat's light core is also reduced, and the probability that the cat enters it is greatly reduced (the human area is expanded, the cat area is reduced), and when opened, the corridor will be The area is completely divided into cats. At the same time, each floor of the apartment of the cat is associated with the core of light. People in the living room can observe the cats in the activity without any obstacles. (The human area shrinks and the cat's active area expands).

Space for pets
There is a fundamental difference between high-density pet housing solutions and ordinary cat-friendly people. Just as humans migrated to big cities, the high-density population resulting from the post-World War II population explosion gave birth to a new generation of architectural forms. The most famous is the Masai apartment in 1952. Corbusier tried to preserve the dignity of high-density human living environment. In Pudong, Shanghai, in 2018, we hope to build a Cat Marseille apartment for 40 cats to solve the cat's life in high-density environment. , activities, excretions and diet activities.

The overall layout of the whole apartment adopts the functional zoning of the classic modern architecture, which separates the traffic core and the logistics area from the residential area and is vertically connected. All floors are connected in series horizontally, from the dwelling unit to the logistics unit and then to the core drum.

The main traffic nucleus consists of a light cylinder and an upright stairwell. When the “valve” is closed, the cat is mainly up and down the vertical stairwell. When the “valve” is open, the light cylinder is completely connected to the cat’s apartment. Get more climbing and jumping space. At the same time, the "cat in the barrel" is also one of the main viewing facilities in the human living room.

The one closest to the traffic nucleus is the cat's logistics space, and a specially-designed cat box is designed to provide drinking and catering services through the integrated litter area and eating area. The cat litter area provides convenient cat litter service through drawer pull. The water bowl and grain bowl are integrally designed in the same box and are produced uniformly by the factory.

This product can also be sold separately in the future, and the whole assembly is made of simple 6-point screws. After being unpacked and packaged, it can be put into a 15-cm long parcel package for convenient delivery and transportation. This separate “cat box” distinguishes Cat litter, cat litter, and cat food areas provide an integrated solution for cat lovers, especially cat owners with multiple cats.

Finally, the cat's living unit is composed of a semi-perforated acrylic combined with a movable cat box. The detailed card slot formed by the small edge of the box is combined with the movable perforated flap to prevent the cat from leaving the cat apartment without permission. The owner can Gently pull the box outwards, unlock the flap, and open the cell to remove the cat.

The ultraviolet light tube is installed above the cat's apartment and can provide sterilization and disinfection. At the same time, a dedicated exhaust fan is installed at the top of the apartment to ensure air circulation and freshness. At the end of the corridor, there is a special kitchen for cats and rice, which is separate from the human kitchen. It provides facilities such as hot and cold water, induction cookers, sinks and so on. It can be used for special cat meals.

The house of the cat is the house of the dog. There are bathing spaces for the dogs, drying space and hair-blowing space. Between the cat house and the dog house is a "one-meter house" that provides lighting for the main bedroom and also opens a passage between pets and humans.

Human space
The overall building space is like an animal's soft body curve, organizing space through different levels of arcs. The paths of these arcs combine with the direction of the beams of the original building, ensuring the integrity and safety of all building structures. At the same time arcs and arches also pay tribute to the classic works of Corbusier.

The entrance to the top of the entrance has a long round arch, and the side walls are combined with cat scales to draw a red and blue ruler. The living room combined with the open kitchen integrated design expands the space experience of the original living room, and the living room and kitchen can be flexibly divided by the built-in three-door sliding door.

The bright space enriches the activity of the small space while making the space brighter and clearer. The red, yellow, and blue colors match the overall space and guide pedestrians to streamline. The main color scheme in the living room is yellow and blue, and walks through the yellow ribbon on the ceiling, emphasizing the overall arc feeling. The walls of the blue space extend from the bathroom into the living room. The wall of the home is red, lighting the entire living room space.

The bedroom mainly uses blue and yellow color matching with the finished furniture. The second bedroom is designed with a folding bed and a floor to provide enough storage space while providing more space usage. In combination with the bay window, an oversized work surface was designed. Provides a comfortable chicken environment.

Reflection and penetration of light
Translucent materials not only blur the boundaries of different functional spaces, but also provide reflection and penetration of light. A light guide was used on the suspended ceiling to introduce outdoor light into the room and reflect it back into the interior space through the top fully reflective stainless steel. At the same time, the wall of the hallway is a combination of a polycarbonate hollow plate and a mirror surface, which diffuses light into the room and enhances the illumination of the entire house. The mirror also reflects part of the cat's apartment into the living room where you can observe the movement of the cat in the apartment.

Other warm heart renovation details
A secret passage was set in the mother's room to the kennel, which allowed the mother to easily reach the kennel and set up a double door system in it to isolate the noise. In the cat and dog house, a unique insulated exhaust fan system was designed, which consists of the outermost rain-proof shutters, the middle exhaust fan, and the innermost sliding window to ensure that the indoor insulation provides ventilation at the same time. At the same time, the floor uses imitation floor tiles, the following is a waterproof coating layer, effectively eliminate the wet problem of the bottom of the old house.

Conclusion
In the constantly compressed human life, especially in the crowded cities, life always requires people to give up a lot of things, while people are driven by desires, chasing bigger houses, higher incomes and more friends The circle, in turn, forms the day-to-day anxiety. However, in this design: “The elegant mix of high-density human pets of 48 square meters” conveys the attitude that no matter what the predicament is, using existing resources, through reasonable design can bring hope. 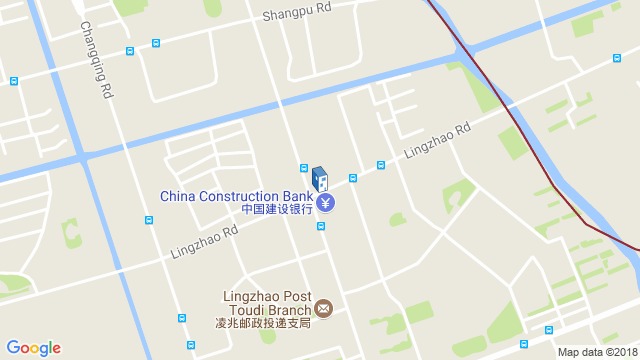 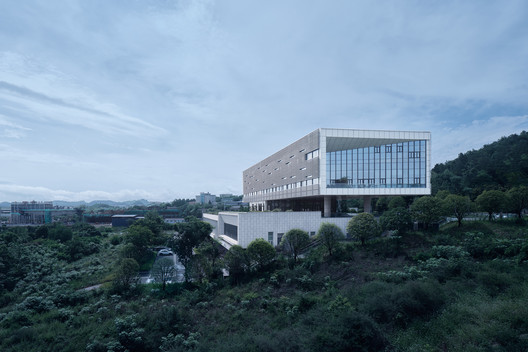 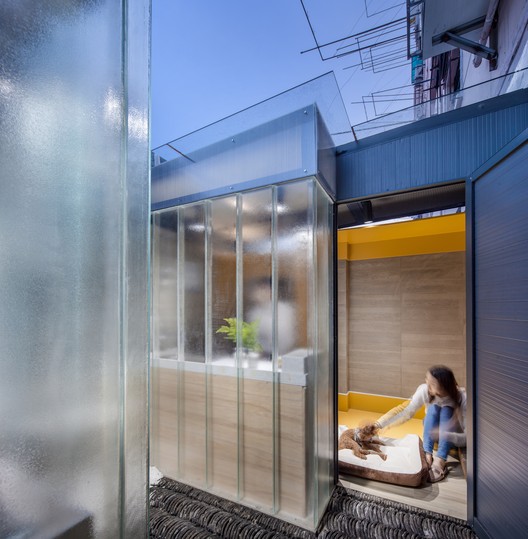