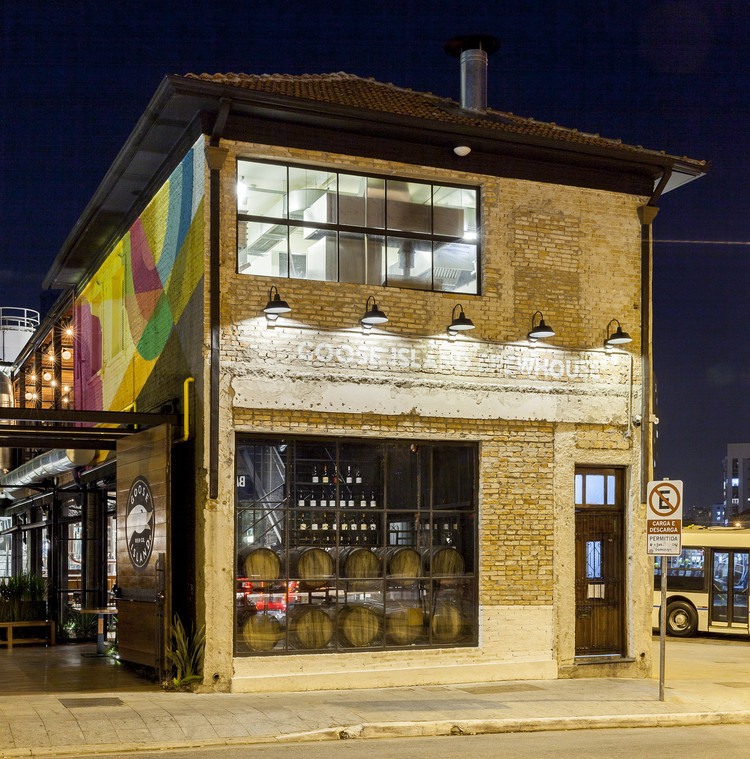 Text description provided by the architects. The American brewery, originally from Chicago (USA), Goose Island Brewhouse brought to Brazil its concept of 'brewpub', a bar where beer is produced and consumed. SuperLimão Studio and the Canadian office McKinley Burkart were responsible for the development of the project. The place chosen for the project was the Largo da Batata, in Sao Paulo (Brazil), in line with the brand's position of seeking to insert its brewpubs in places under intense urban transformation. The first Chicago brewhouse occupied a space in an old industrial area in transmutation to a young and artistic region. The house picked was the last remaining part of the expropriation process of the subway, with 10m of front and 40m of the bottom and a side that turned the facade of the project, facing the Largo.

Although Largo da Batata presented itself as a great option, due to numerous transformations over time, the property did not appear to have the industrial aspect present in the guideline of the brand. After the removal of these interventions, what remained was the original structure of the property: a deposit of coconut from the beginning of the century. The choice of materials such as original bricks intends to offer the visitors access to the transformations through which the site passed. Concrete and the wood burned Shou Sugi Ban allied to the new apparent metallic structure arrived the intended language. The project sought to deal with the nature of Goose Island Brewhouse: joining brewery and bar, two distinct programs from sanitary to flow issues. The project sought to integrate the two parties and took advantage of the presence of machinery: the brewery is in the middle of the bar, and it is possible to see it from everywhere,  even on the way to the bathroom.

The layout has been configured in steps: when you arrive, first you see a reception that works as a store and tells you a bit about the history of the brand. Entering is possible to see a large hall, which has as background the brewery, and an outside area divided by large metal doors. When opened, those doors become a cover and the space is integrated into the hall. On the opposite side were created spans that allow the entrance of natural light. Parallel to this wall was made a large gutter containing plants called jibóias (Epipremnum pinnatum) that over time will take over the apparent installations. On the way to the second floor, there is a room with special beers aging in barrels, which creates another category of beer and forms of consumption.

On the second floor is the Biergarten, an area protected by a pergola made of wood with retractable cover, which has a unique view of Largo da Batata. The space has a second bar, a barbecue grill integrated to that area and an orchard. The rest of this floor is occupied by technical areas and the kitchen. The building has two facades with different aspects. The first, where the front door is, has a more vertical aspect and refers to the original construction. The face turned to Largo da Batata is quite horizontal where it is possible to have a reading of the transformation of the old shed allied to the brewery with visible white tanks on it. Graffiti artist Nove (Digital Organico Studio) was invited to develop a panel that makes a present reading of the region, printing many colors and bringing "Brasilidade" to the project. 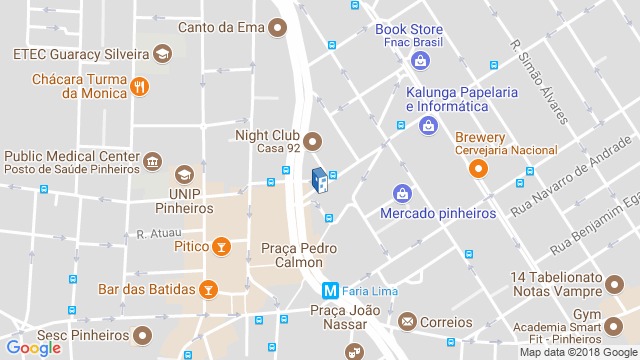