Save
Architecture City Guide: 10 Towns in Colombia That Every Architect Must Visit
Share
Or
Copy

Calm and silence prevail in many of the municipalities of Colombia, where the ochre colors intermingle with the green of the landscape to preserve the colonial styles that characterize some of the architectural typologies of the place. Small urban centers that hide an incomparable beauty are the main attraction for many tourists who today travel to know these obscure places, where one can go to learn a little of their traditions and their culture, creating an almost perfect adventure, where heritage value becomes a characteristic in common.

That is why we have chosen 10 Colombian towns that highlight both the physical-spatial value and the socio-cultural value.

The colors that predominate in its streets, such as ochre are those that still preserve the Andalusian style of the colony, along with its cobblestones and stone streets. It is easy to take good pictures along its streets, as they are accompanied by squares full of trees surrounding the town, the main attraction for visitors. At the moment the site is one of the points of the Peace Routes elaborated by the Colombian Government.

The huge cobbled main square is surrounded by old colonial buildings that have been preserved along with large wastelands, which make up part of Villa de Leyva located in the northwest of the Colombian capital, in the Boyacá municipality. It was declared a national monument in 1954, as part of the Heritage Towns Network, one of the must-see tourist destinations.

The magical realism of Gabriel García Márquez takes on a special relevance in this town in the department of Bolívar. This Heritage Town sits on an island that, during the Spanish conquest was a refuge for the gold and silver that the settlers took out of the kingdom. Founded in 1540, Mompox was declared a World Heritage Site by UNESCO, thanks to its architecture of Sevillian origin and the kindness of its people that make it a magical town.

Along with a path amidst valleys and mountains with infinite green tones, you reach Salento, a town that embodies the best of the coffee-growing communities that inhabit the Coffee Triangle. Its warm people and architecture are part of the beautiful landscape that melts with tall palms that adorn one of the most beautiful valleys in Colombia, the Cocora Valley, a destination where fog transforms the place into an unparalleled experience.

As its name indicates, this municipality's main park is full of small rose gardens. Along with its colonial architecture, there is a neo-Gothic style basilica where art and antiques are part of the main attractions. It is common to see on the facades of the houses small gardens and fabrics made by the local community.

This towns houses of bahareque (reeds woven with earth) with roofs of mud and back-to-back balconies that are painted in bright colors, creating the place's unique landscape. Its architecture was the reason it was declared a National Heritage in 1982. The calm and peace in which the locals live are reflected in the hanging ferns that adorn its streets and homes, a place with a great cultural richness to visit.

Recognized mainly for its architecture and its tamarind candies (an endemic fruit of the region), and located 50 kilometers from Medellín is the city of Santa Fe de Antioquia. With a western style wooden suspension bridge that crosses the Cauca River -designed by the engineer José María Villa, who was also part of the team that designed the Brooklyn Bridge in New York- the town welcomes tourists with cobblestone streets and colonial facades of colors that highlight those of the Cauca river. Its cultural wealth teaches visitors about the stories of different indigenous peoples of the region.

Located in the center of the country is a city whose main attractions are its bridges and colonial buildings. The proximity to the Magdalena River allows for various water activities, which together with its colonial architecture becomes the main tourist attraction. Its winding cobbled streets are accompanied by old painted houses and cave paintings from seven centuries ago.

Despite its small size Guatapé's homes contain special features: its zócalos are one of its main attractions due to the paintings that show different types of figures, from professions to animals, plants and restaurants. Walking along its sidewalks, stopping at each base is undoubtedly one of the most pleasant experiences if you visit this town. Guatapé is located next to the Rock of Guatapé, a rock where a majestic lake is adorned with small green islets, which give the place its name.

The exquisiteness of its architecture and its great influence on the history of the country allowed this town to be part of the Network of Heritage Villages. Every corner of the narrow streets and picturesque homes of El Socorro contain small reminders with the town's rich history. From the first toll road in Colombia to the first breweries, there is a beautiful cathedral, Nuestra Señora del Socorro Cathedral, one of the highest in the country. 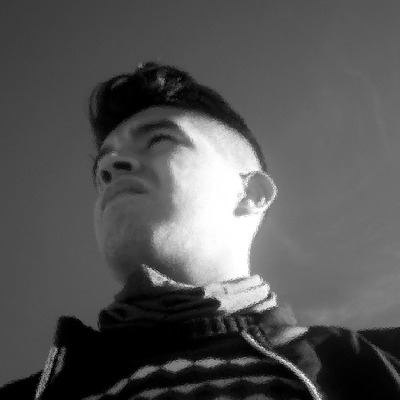