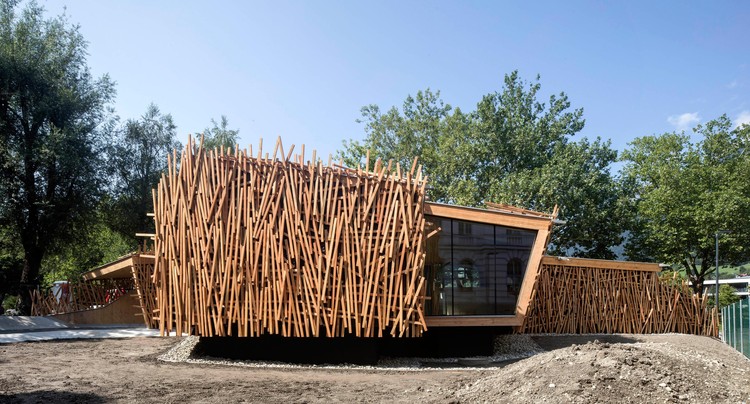 Text description provided by the architects. Something new raises its head, it takes the stage at a prominent location, a place for discovery and encouragement, a place for new perspectives, a place for children – a house for all seasons. Between the main university and the Inn river, surrounded by a diverse landscape the new nest for children takes flight, designed and constructed by students and staff of the University of Innsbruck.

In just 16 weeks 21 students of the /studio3, Department of Experimental Architecture at the University of Innsbruck, designed and built the Spielraeume as part of their bachelor project. Supervised by Verena Rauch and Walter Prenner the students worked on 20 preliminary designs from October to December until a jury selected Jakob Wiesflecker’s design in December 2016. Subsequently, this design was collectively developed and thanks to the support of numerous companies and specialist planners building could commence at the beginning of May 2017.

Due to the dedicated work effort of all involved, students and experts, the Spielraeume were completed in September 2017 and handed over to the children’s office and the University of Innsbruck.

The wooden structure, which takes on a nest-like appearance is situated between the outer walls of the main university and the Inn river. Its two guiding walls react to the surrounding buildings and floor to ceiling windows as well as two terraces open it towards the Inn promenade. The enclosure, set in concrete by the students themselves, protects the playful outer landscape from overflowing while creating an interface between the public sphere and the intimacy of the day-care centre.
From the southern corner of the property a paved area leads to the covered entrance.

The interior space unfolds based on an entrance ramp, flowering out to the other rooms, similar to a clover-leaf. Here, the spatial continuum allows for all necessary zones while enabling spatial merging. The way over the ramp leads past the cloakroom to the office, which is situated on the right-hand side and enclosed by glass walls. The adjoining common area for parents is separated from the conference room by the interposed, open infrastructure block. The infrastructure block occupies only about two thirds of the room height and includes rest-rooms, a changing table, a kitchen and a utility room, all interspersed by passage ways. The two classrooms are located on the left-hand side and are flooded with daylight through the wall to ceiling windows and skylights. The intersections between the different areas are clearly visible on the ceiling and reflect the spatial continuum. From the end of the ramp, as well as from the first classroom the outdoor area on the riverside is accessible via an IPE terrace.

The Spielraeume are a pure timber construction. In order to minimise building costs all load-bearing elements are made of spruce wood cross laminated timber (BBS) and thus could be erected by the students in cooperation with the company Winkler in a very short time. The nest-like wooden slatted façade envelops the insulated outer walls. The wood in the interior of the building is untreated. All furnishings are made of three-layer spruce panels and were designed and installed by the students themselves. 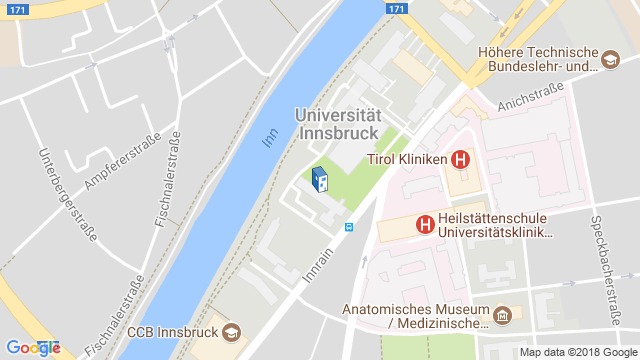