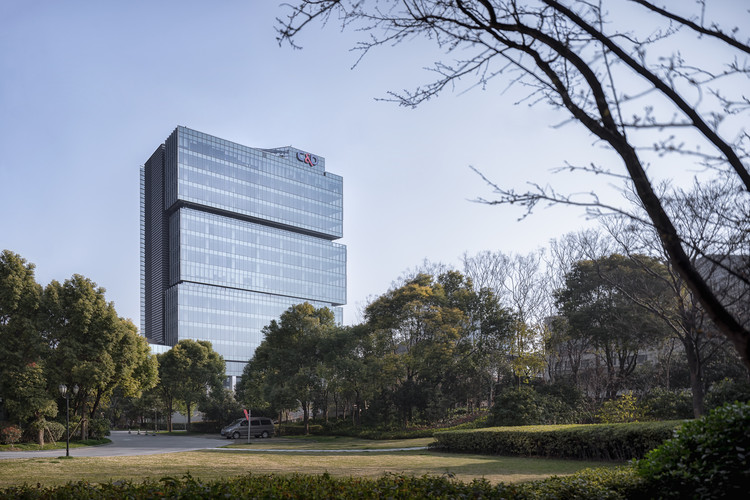 Text description provided by the architects. In the morning at the Qinhuangdao Road Ferry of Shanghai North Bund, people have already started the daily busy stuff. Once, it was the port dock for trade transportation of Shanghai. Now, there are still relics in old time, such as the former shipyard site, the warehouse architecture, dock ferry etc.

C&D Building is located to the north of the Qinhuangdao Road Ferry. Lujiazui core business district stands on the opposite. The ambition and prudence, the breakthrough and balance of a city are just across the river.

Dock culture in Shanghai has a long history. The existing Qinhuangdao Road Ferry seems the mark of the port dock in old days. Now, it still plays the role of connecting the transportation on the two banks.

Starting from the dock culture in Shanghai C&D Building, we extract the container element as the architectural intention, which respects and responds to the old relics of the site and also implies the active momentum of rising.

The overlapping form of the architectural mass as well as the overhanging up to 9m highlight the distinct industrial temperament of the architecture. The irregular movement reinforces the mass sense of the building, and creates the sight scattering of internal space.

There are three atrium spaces in the office area, with a height of 5 floors, forming natural transition from office space to outdoor space. You may see the unique skyline of the upright buildings at the bund in the south and the urban view with co-existence of old and new buildings in Yangpu District.

Space and Flow Line: Clear Response to the Site

C&D Building is located at the Metro stop Yangshupu Road. The modern transportation ways in the area such as metro and bus connects the transportation vein on the two banks in series as well as in and out of the area. Since the project is over the metro and considering the complicated conditions of existing public transport hub, we solve by applying logical function division and flow line origination.

The 3-floor podium stretches over the metro passage. The restriction conditions make the construction process more difficult. To ensure safe and orderly construction, we try to explore sufficient space for the construction by way of retreating for 10 meters. The planning of bus flow line effectively relieves the pressure brought by overlapping of vehicles flow and pedestrians. The design of covered glass roof make the architectural building and the bus hub into an entirety.

After the planning of transportation flow line, two routes running through the architectures are formed. Metro, bus and dock closely connects here, making C&D Building into the important transportation hub of this area. At the same time, we try best to take the comfort of the pedestrian into consideration, and realize the architectural function independence, space abundance and industrial richness.

The selection of glass material with low reflectivity reduces urban light pollution due to light reflection, making it to infuse into the neighborhood modestly.

Space/Time
Facing the opportunity of urban development and update, gad architects hope to prudently handle the relationship between the architecture and environment with a tolerant and rational attitude, and do not want to be in a rash. They aim to realize co-existence and co-reliance of space and time, which could well connect the past and future. 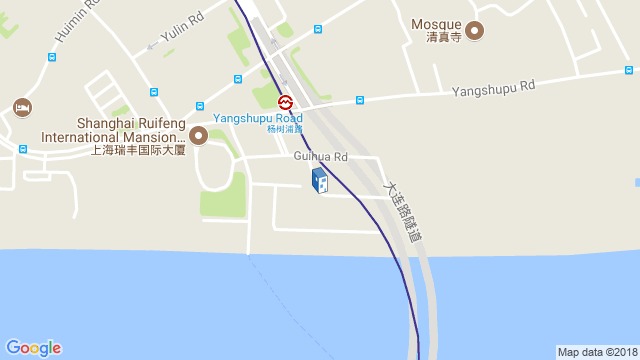 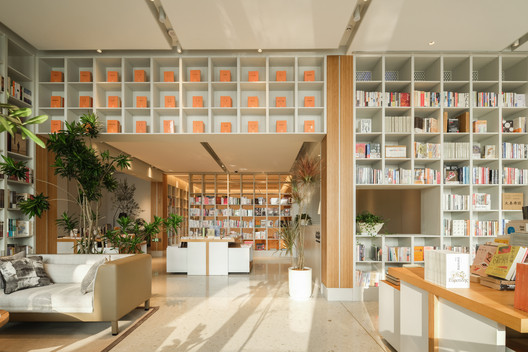 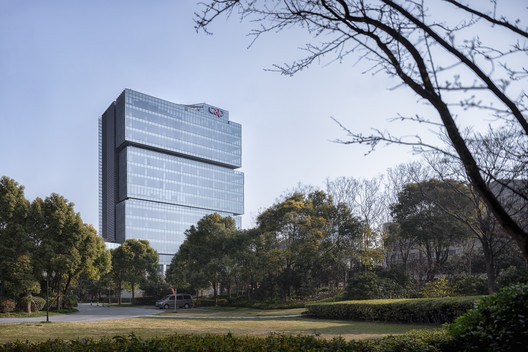