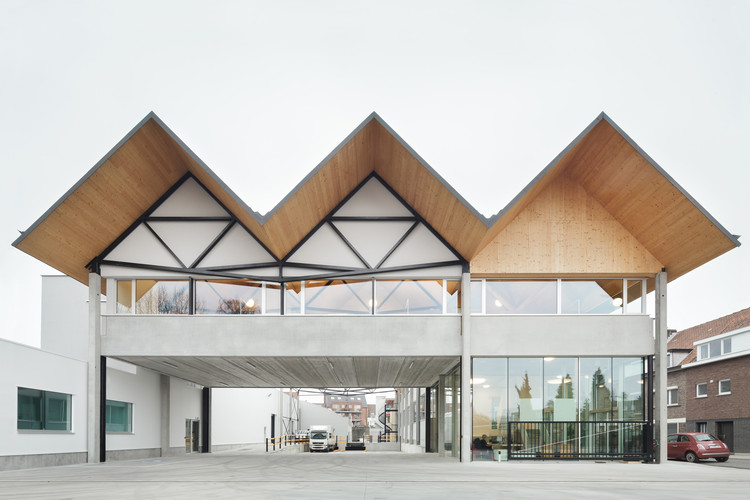 Text description provided by the architects. After decades of gradual expansion, the factory buildings of Ryhove, a company based in the city centre of Ghent, showed signs of decay. The corporate image had become one of an outdated working environment that was no longer in line with the commercial success.

The company had two options: to leave the site for an efficient new construction in a peripheral industrial zone or to take on the challenge to partially demolish the factory and to rebuild it on the same site.

The choice was made to stay at the site, so the employees could continue to work in their neighbourhood.
The new building restructures the site and organizes the logistics in an efficient way. Additional factory space and an underground parking were built.

An important ambition was to make the industrial expansion acceptable in a residential area. That is why the 'terraced house typology' was chosen as a reference for the intervention. The street façade was divided into parts with a width of approx. 5 m. The building got a simple pitched roof.

Around the corner, the roof is tripled. A loading and unloading area is organized in the middle of site: the handling of the goods is not hidden but placed in the heart of the factory.

The building is made with standardized, prefabricated elements. Concrete columns, CLT panels and metal sandwich elements were assembled to make a construction with a character that oscillates between an urban and peripheral building. 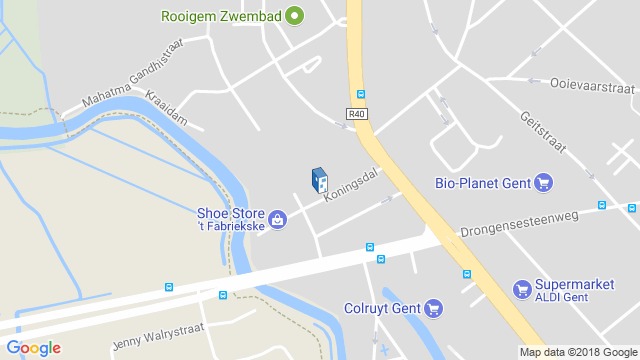 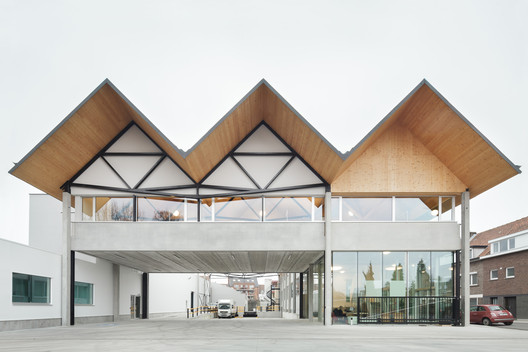