In addition to the floor plans, the cards include information about levels of privacy and openness to the outside, and also feature circulation routes and other key facts about the projects. The publisher states, "50 Housing Floor Plans is our bid to disseminate the collective housing in which we would like to live. It is not a pack of playing cards. It is a pack for better living."

Find more information about 50 Housing Floor Plans and see how to purchase here. 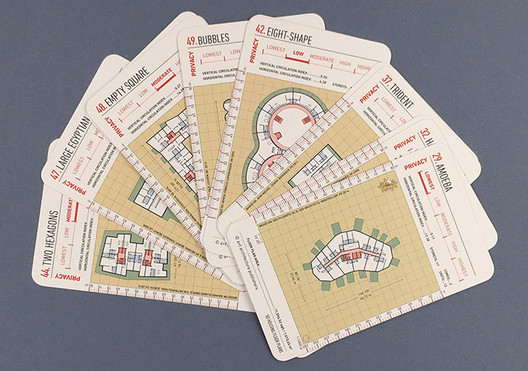