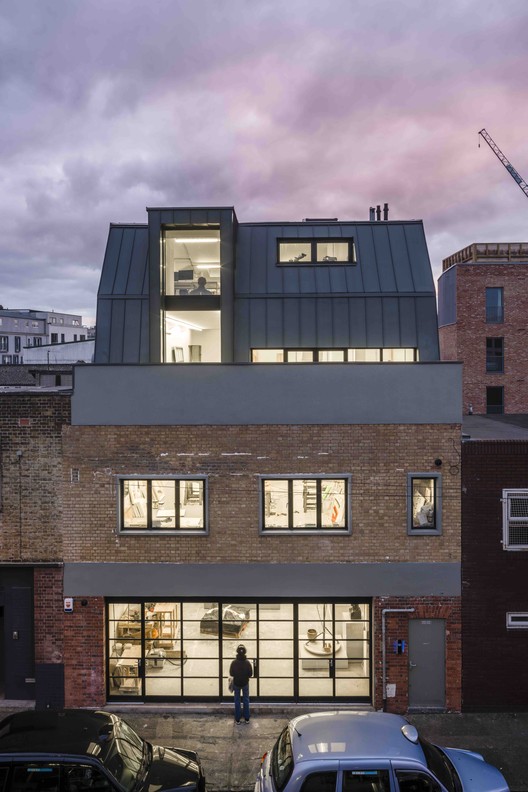 Text description provided by the architects. Fourthspace has completed a series of new artists’ studios as part of an extension and renovation in East London’s famous Vyner Street. Working closely with the resident artists, the new spaces have been tailored to their specific needs with bespoke artworks incorporated into the building itself.

AKK Studios is a collaborative project between architects and artists and is therefore named for its three occupants, sculptor Kevin Francis Gray, artist Keith Coventry and artist/collector Alireza Abrishamchi. Fourthspace, owners of the nearby restaurant Ombra (also on Vyner Street), knew the clients from the local Hackney area and set about creating three open and elegant studios that retains the raw feel of a workshop and design elements that reflect the craft of each artist.

The challenge for Fourthspace was to create a four-storey studio out of the existing low-level Victorian building. The original interior was found to be in poor condition and was stripped back, with a new steel framework installed in its place, providing each artist with just over 1000sqft of space, completed at the cost of £150per square foot. The brick facade was retained and two additional floors have been added to the building, clad in dark zinc, providing the studios with a contemporary identity. The top most floor is occupied by the architects themselves in a garret-like loft space.

The varying interior spaces are unified by a cohesive design aesthetic, achieved with raw and basic common parts featuring exposed galvanised conduits, copper piping, raw steel stairs, and fluorescent tube lighting. The overall feel when entering the spaces is a mixture between light industry and a traditional artist’s studio.

The renowned Irish sculptor, Kevin Francis Gray, occupies the ground floor of AKK Studios, who has exhibited internationally and is represented by Pace Gallery. Fourthspace created a nod to the artists’ work with a bespoke kitchen wrapped in marble mined from the very same quarry as used in Gray’s sculptures. The floor is completed with a series of Crittal screens and doors that partition an outdoor terrace and internal office space, ensuring that the office retains its sense of openness. One of the screens features a custom-made stained glass art piece by John Reyntiens, blending art and architecture.

The first floor is home to artist and curator, Keith Coventry, also represented by Pace Gallery. His double-aspect studio comes with a fully glazed rear elevation leading to a planted terrace. Coventry’s own art-work is built into the fabric of the cladding of the terrace, with the undercroft of the balcony finished by re-using copper sheets from a discarded piece of art.

Dialogue between artist and architect was key and as such each floor reflects its occupant and their work and interests. Alireza Abrishamchi’s second-floor studio designed more like a typical gallery space, hosting numerous pieces of his art collection, with a light-filled front facing terrace and a paired-back office/meeting space.

The top floor is completed with an office space inspired by the idea of the ‘artist’s garret’. A secretive feel is created for this workspace that hides inside the top of the concave zinc-roof structure, which offers the occupants views out of wide-open windows overlooking Hackney.

Steve Sinclair, Co-founder and Director of Fourthspace Studios said of the project “The main drive behind AKK Studios was to make spaces for the artists to enjoy working in. These would be uncomplicated, raw, but sensible and cohesive at the same time. We maximised the floor space and kept costs down, quality of light was in different ways important for each floor, and collaboratively we were able to incorporate artwork into the fabric of the building. We love working in the same building as such talented artists and we feel we have enhanced Vyner Street and its community.”

Occupied since 2016 with finishing touches completed in 2017, AKK Studios’ collaborative ethos between architect and artists will further develop with ever-evolving work on aspects of the internal spaces and new features incorporated into the building. This ongoing process is a natural consequence of a group of creatives under one roof inspired and influenced by each other’s work.

AKK Studios was welcomed by planners for its material consideration to the nearby Regents Canal Conservation Area, which sits in the middle of Vyner Street. AKK Studios, is one of two projects in Vyner Street that Fourthspace have worked on for contemporary artists. The other being 60-62 Vyner Street a studio for artists Michael Landy & Gillian Wearing, which recently received planning consent. Both projects see a shift in the life of Vyner Street, an area once famous for its galleries, now attracting working studios for renowned artists, makers, architects and designers. 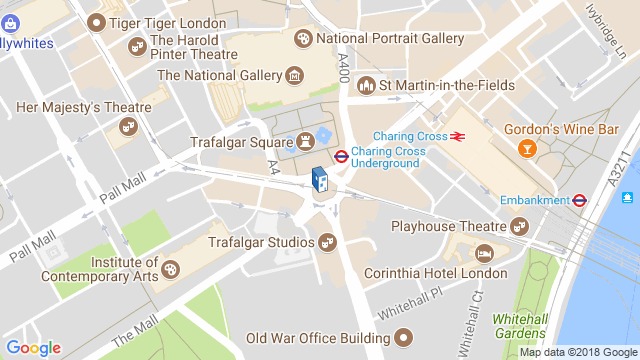