The Statue of Unity, to be the world’s tallest statue when completed, has made significant headway with its construction. Designed by Michael Graves Architecture & Design, the Statue of Unity will be 182-meters tall and depict Vallabhbhai “Sardar” Patel, the first deputy Prime Minister of India. Standing at almost twice the height of the Statue of Liberty, the Statue of Unity project will also consist of a hotel, memorial garden, visitor’s center and miles of roadways and bridges to connect the statue to the town of Kevadia, India. 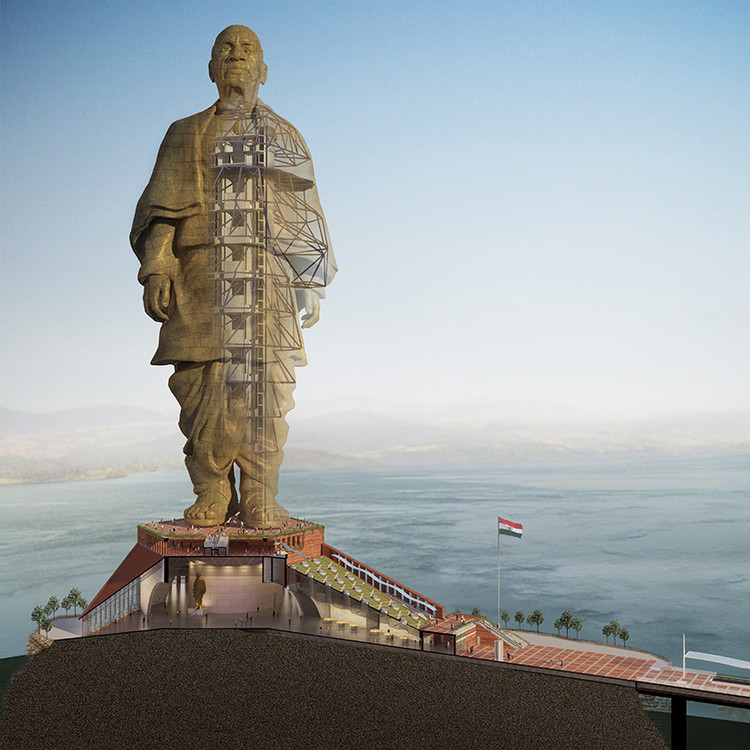 The Statue of Unity is currently being built at the Sadhu-Bet Island, approximately 3.5 km south of Sardar Sarovar Dam in the Narmada district of Gujarat. The project is spearheaded by the current Prime Minister of India, Narendra Modi, to promote the significance of Sardar Patel’s achievements in India’s struggle for independence.

The statue sits on a base which will house a visitor’s center and a series of display halls dedicated to Sardar Patel and the history of India’s independence. A viewing area will also be located in the chest of the statue, providing panoramic views of the Narmada River and the Shoolpaneshwar Wildlife Sanctuary, whose lush green landscapes surround the site. Within the chest of the statue, visitors will also be able to view the structural detailing of the micro-panels that create the massive sculpture, giving them an indication of how the statue was assembled.

A significant portion of the project has been in the engineering needed to reinforce the rocky outcrop in the Narmada riverbed, where the statue is being erected. The reinforcement of the outcrop, the foundations, and the internal twin concrete cores have finally been completed, and work has commenced on the secondary structural steel scaffolding which will serve as the support system for the bronze panels of the statue. The project is scheduled to be completed in 2018. 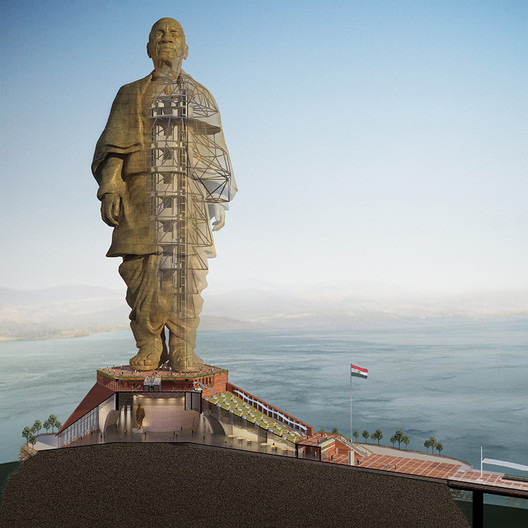