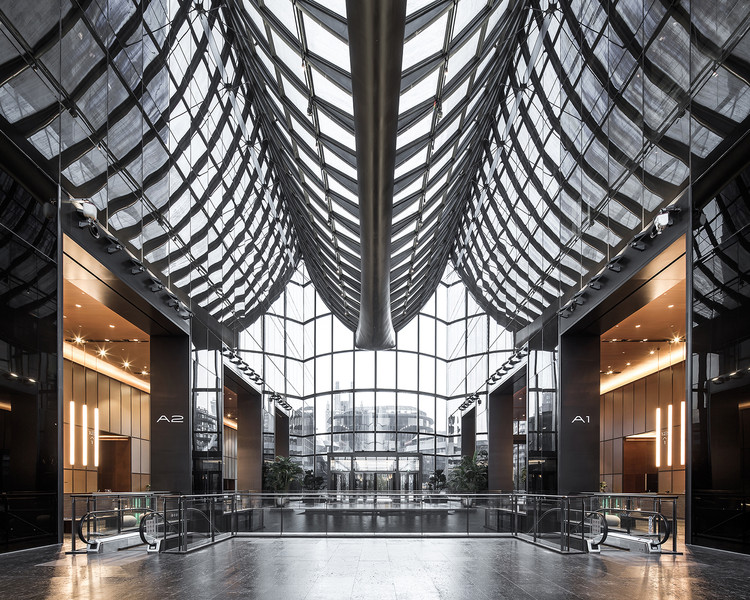 Text description provided by the architects. Supercloud Studio has cooperated with MADA.s.p.a.m Architects for 3 years, and completed “Chaoyang Park Plaza” — public area interior design of A7 Building and the major building(A1/A2) of the building complex of Chaoyang Park Plaza. The project is situated in the south of Chaoyang Park, Beijing, designed by MAD Architectures. With an overall floorage of 220,000 sqm, the complex includes 10 building which unfold as a classic landscape painting on an urban scale.

The major building(A1/A2) is a mountain peak like twin-tower while the lobby represents a waterfall outline between the twin-tower which pours down with strong spacial power. "Sincerity can make metal and stone crack" is the connotation of this interior design, with copper applied as the main material to contrast with the color of the black curtain wall. "Metal" and "Stone" respectively refer to the interior and the exterior for the design that becomes the central idea. It also further explains the theme of "Chinese Ink Landscape".

Three-floor high lobby reaches as high as 30m which is a giant corridor connecting the twin-tower. The huge U structure hangs over, becoming a rooftop between them like a curtain which forms a constant surface under the background of the black curtain wall. People will feel as if they are lingering in the spaceship of Hollywood famous movie "Star Wars". The boundary between nature, culture and technology becomes very obscure here and they stay together. Eastern natural philosophy and high-tech urban space integrate to form a modern space of Chinese characteristics.

Multiple tests were used on "copper" during the design process. The major corridor applies a very special material: scale-type copper net attached with atomizing white glass. Atomizing glass could reveal the texture of the copper net and prevent fingerprints which to show a very exquisite and special feeling. The effect of this special material combo is realized after various of attempts. The wall and the ceiling of the elevator hall apply high purity copper plates that will darken and be oxidized as the time goes by.

A7 Building has the largest floorage among the building complex and stays face-to-face with the twin-tower. The design of this building centered on "Jade". Natural diagonal grain stone is applied to integrate the wall and the floor. Black and white lines are connected with each other horizontally and vertically to make the space an organic whole to show full sense of high tech. 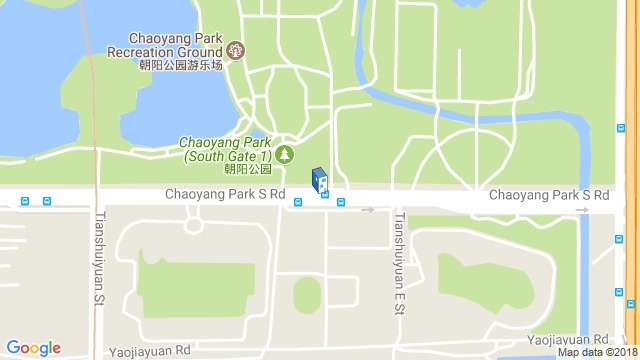 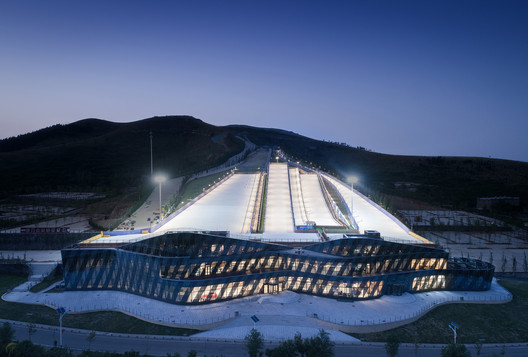 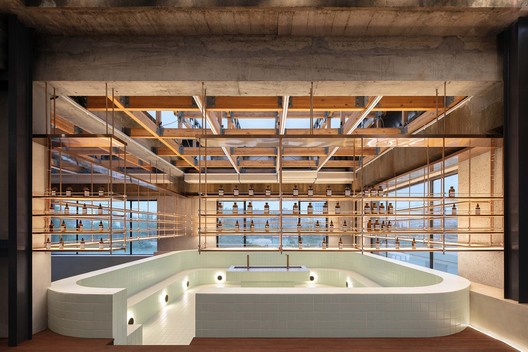 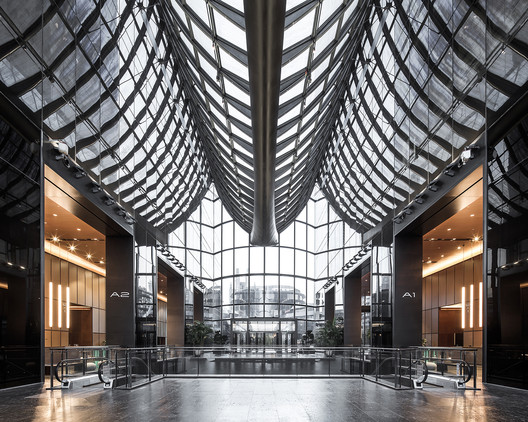