“We wish to congratulate Eva on her election and receiving the highest majority in a contested election since 1990,” said the AA in a statement. “We also wish to sincerely thank Pippo and Robert for their candidacy and presentation of their ideas on the AA and the role of the director.”

Chief Curator and Executive Director of New York’s Storefront for Art and Architecture since 2010, Franch i Gilabert is a celebrated architect, curator, educator and lecturer. In her vision statement presented to the school last month, she stressed the importance of adapting architectural education to the contemporary societal climate.

“Today, the Architectural Association has the opportunity, and also the responsibility, to articulate what architecture can contribute to the world we live in, and to redefine what the education of an architect should be and can be,” her vision statement reads.

“I believe that architecture is the discipline with the privilege and duty to articulate the different desires and realities of society in a specific moment in time. Architecture has the ability to bring together the social, the economic, the political and the technological in a project of collective aspiration. But more importantly, architecture is the discipline that understands society as a whole, being able to advocate for those who are unable to sit down at the decision-making table. Architecture sits for all.”

The Architectural Association has announced a shortlist of 3 candidates in the running to become the new AA Director, who will lead the direction of one of the world's foremost architecture schools and institutions. After reviewing 73 responses received from an initial call for application, the search committee narrowed down the list first to 26 candidates, and then to 15 for a multi-round interview process. 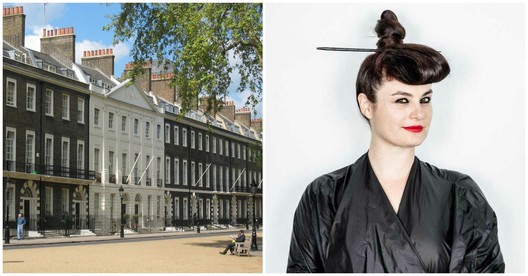