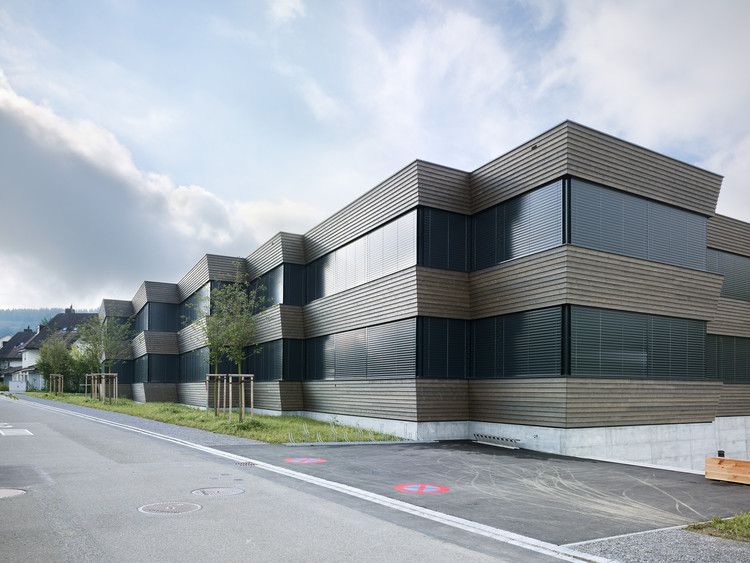 Text description provided by the architects. The pedagogical guidelines of the primary school in Birmensdorf led to an innovative and unique architectural interpretation. The room sequence stimulates the interaction amongst the different classrooms and offers openness, flexibility and versatility during class. The rooms are visually and physically connected to a continuous learning landscape. The staggering volume allows each classroom to have an additional façade, increasing natural lighting and solar gains. This measure leads to a structured and small-scale interior, creates places of retreat, generates learning niches and gives the students a feeling of security without compromising overall orientation.

The placement of the building in the northeastern corner of the plot and the subtle slope allows the creation of a plinth. The main entrance is located here, oriented towards the existing school campus. The schoolyard is placed westerly. In case of a future expansion of the school, it is set to become the center of the Haldenacher schools. Public paths flow around the building and integrate it into the public network of paths and streets.

As a reaction to the topography and conditioned by the arrangement of the functions, the building is divided into a base level and two upper floors. The window bands, running the length of the building, blur the threshold between interior and exterior space, giving the building a horizontal expression. The thickness of the concrete plinth increases towards the ground and acts as the counterweight to the cantilevering wood cladding of the upper floors. The entrances are marked by setbacks in the volume and the resulting cantilevers. Skylights, as well as chimneys, protrude from the flat roof and create, analogous to the volumetric expression of the project, a sculptural roofscape.

The program is divided into two parts. The classrooms and multipurpose hall are situated on the upper floors, while the teachers’, therapy and music rooms are located on the ground floor. An additional entrance in the southeast corner of the building gives access to the latter rooms outside of school hours. The delivery entrance is reached from the Haldenacher street.

The color and grain of the wood façade contrast with the sleek appearance of the white painted interior division walls. These walls function as noise absorbing surfaces and include cubicles and shelves, sinks, doors, niches for curtains and building equipment, wardrobes, and even rooms like toilets, secondary rooms, and the elevator. Glass walls with light, translucent curtains bridge the gap between the never touching expressive exterior façade and the calm interior walls. The centerpiece of the school are the four learning areas. They can be used in a flexible way, either as extended classrooms, as space for social interactions or as interior break rooms. A fireplace is located in the learning area on the first floor and marks the collective center of the school. It reinforces the coexistence of children and teachers and creates a homely atmosphere, which goes beyond the mere fulfillment of the purpose of a school. 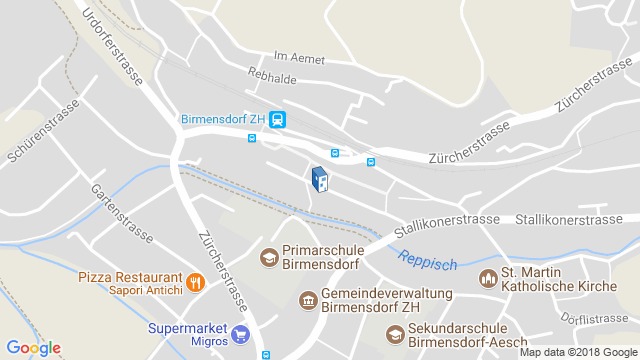 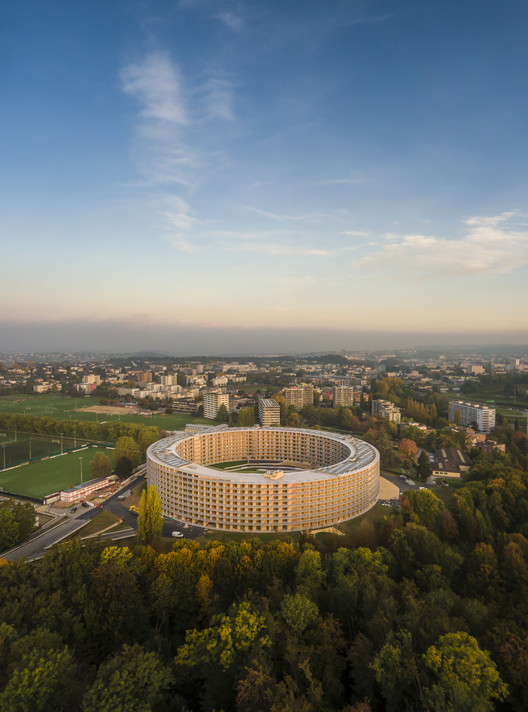