Save
Residence in Huajiadi / Wonder Architecs 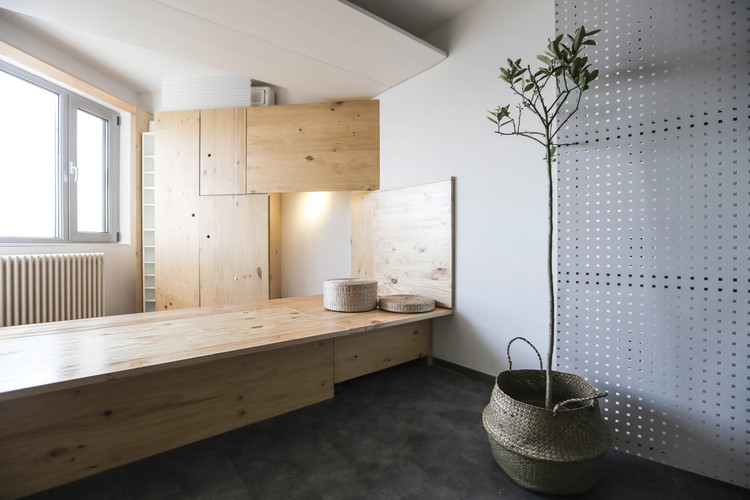 Text description provided by the architects. The Huajiadi(means flower house place) is a very poetic name, but before 1990s, it was just a farmland for planting pepper. Now, you can't find any clue that this once was a pastoral, and it has already become part of this gigantic and chaotic city. The Huajiadi District built in 90s, lived the people of various kinds. They come and go, and the houses boom and bust while people keep weaving their own life.

1. The Opportunity of the Axis
An amateur naturalist wants to rebuild his life in this crowded old building. But the early design of this old-fashioned apartment is obviously not regular.

The airport expressway has a diagonal line connected to the second ring road in southeast area. The structure of the 45 degree corner in the area of Huajiadi hence has been formed, and it got complains from taxi drivers as they are accustomed to driving in the vertical and horizontal city. At the end of the last century, the construction of this street tower, naturally absorbed the slant line, so the triangle boundary line become a significant feature in the cross section of this small apartment.

From interior pictures posted on the housing website, toilet and kitchen appeared dead corner, the living room is separated into two cramped space, the bigger one with functional defects, cannot fit into proper size furniture. However, unexpectedly, at the same time this apartment layout creates a "multi perspective" groovy visual, similar to garden with diverging corridors.

2. The Inspiration of "Observation on the Road"
It is said that the Central Academy of Fine Art is a disastrous area for "road observation", and the area not far from the Academy also provides cannonball for "modernology". Similar problems exist within other old communities in Beijing. The saturated parking spaces force the original possible public space into a less than 50 square meters entrance. However, interesting public life are carried on each day. The wooden board that is close to the bawn is folded, and inside of it is full of mirrors, razors and turn into a barber place into a second. Beside the low tables and chairs, the cold winter still doesn't cover the enthusiasm of the old men playing chess. The repair booth retracted the iron facade, and all kinds of newspapers and beverages are lined up.

However, no matter how messy the day's chairs are, all the furniture at the end of the night is placed back to their spots, and all of them are stored without exception,change of furniture at the entrance). This cramped space actually contains public life of dozens people, this set of 70 square meters of furniture interior provides a very important designreference, a wooden table facilitates sleep, storage, work, leisure, and projection a serious of functions. Bedroom hides panel of reading table, with flexible single furniture and carpet collocation, easily change different life scenarios.

3. Room Building within a House
Painting ‘Saint Jerome in his study’ from National Gallery in London depicted a fun space containing a monocolor large furniture (including bookshelf, desk and seat) in vaulted interior. Floating above the light colored floor, dome structure inside of furniture and the vault arched window are echoed with each other. The left arch drawing the outline of the window, stretched views further beyond. In another Chinese classical illustrations ‘Greet the Parents’, the room of the architecture and the altar in the interior are integrated in balance, showing two different scales juxtaposedin a similar form.

The two drawings revealed some information: furniture and interior space are similar in harmony; two: interior and furniture have similar scaling relations, in other words, the furniture itself narrow the room. In this way, it will enlarge the sense of the interior space, expand the visual depth, and produce the feeling of overlapping perspective. This "Room Building" approach is used in many places, such as table with view frame at entrance door, it will open the view, while window space designed in living room and bedrooms and kitchen created different forms of "window Pavilion". The local wood furniture in the whole white space created "framed scenery". The variation of material expression produced more spacial experience.

4. A growth ring for an ordinary apartment
The interior design often will erase the past history completely, but there is still hope to leave some ‘memory’ here. A material with maximized usage on one hand,reduces the cost of the transformation of hydropower, and on the other hand, carried some experiments on furniture’s "medieval collage". The leftover of the glass table used as supporting structure of wood desktop, showing slender legs.

During the construction we found folding door is over heavy, so it is decided to cut out 1m diameter semi-circle, combined with IKEA column legs, a push and pull table is made for ‘eating’, ‘work’, ‘dressing’ three functions.The black cabinets were cut in half, combined with IKEA legs formed kitchen cabinets. The originally posted black toilet tiles were further strengthened, forming a ‘tranquil’ toilet experiencedescribedin the ‘Lob des Schattens’. 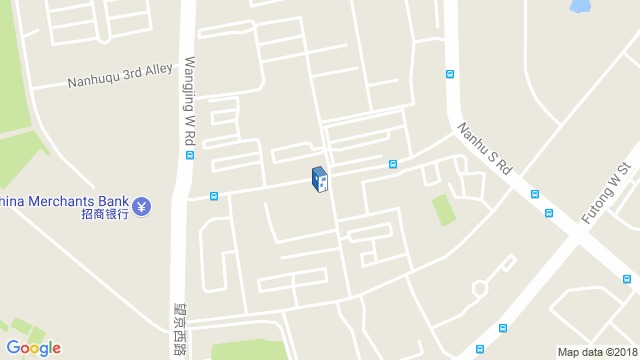 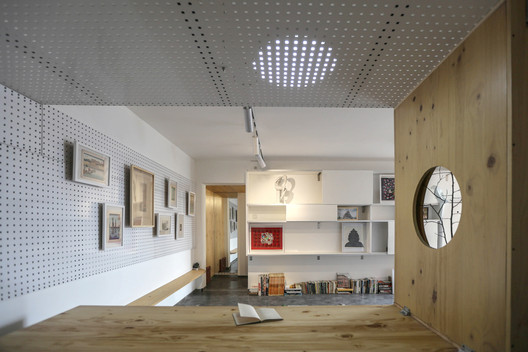 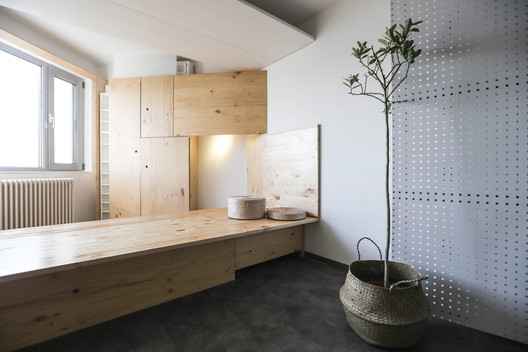