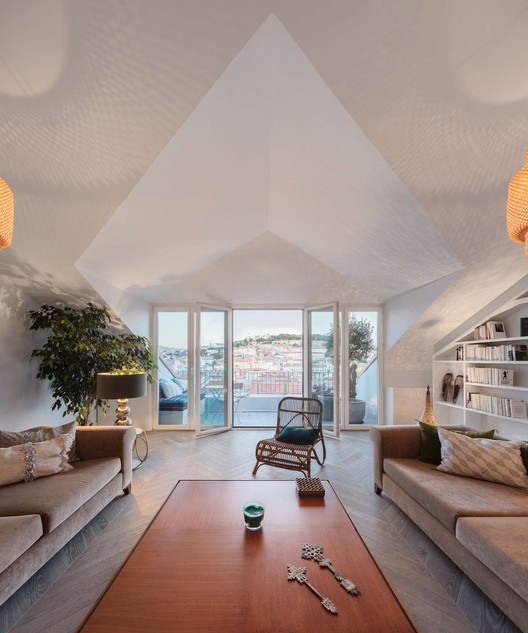 Text description provided by the architects. The building is located in Calçada do Sacramento, in Chiado, in the heart of the city. It is a building of Pombaline origin which was highly degraded and with its structural system already much altered. It is composed by 4 floors above the ground plus 1 attic floor. On the ground-floor, operated the old “Panificação do Chiado”, whose elevation is classified.

The main goal was to keep the commercial use of the ground-floor and design different typologies for the upper floors, namely one 3 bedroom apartment for the 1st floor, one 1 bedroom and one 2 bedroom apartments for the 2nd floor and two 3 bedroom duplexes on the 3rd floor together with the utilization of the attic. To improve the comfort a lift was placed in the stairwell. The original look of it was kept despite the introduction of the new body with iron structure painted in black but totally transparent. The entrance hall was reorganized in order to present a clear and clean space, concealing the entire technical and garbage areas.

On the rear elevation verandas and French windows were introduced in order to optimize the enjoyment of the views and of the natural light. Two large dormers were introduced on the roof at the back and five smaller at the front with its respective terraces with exceptional views over the city, namely the Baixa Pombalina and the Castelo S. Jorge. The whole attic, once a gloomy and concealed space was pretty much improved by adding the new dormers on both façades, which allowed the abundant entrance of natural light and better views.

The apartment of the 1st floor with access to the patio benefited from an outside space of large dimensions, overlooking the city. The apartments in general have very generous ceiling heights, which associated to the restoration of the original ceilings and crown moldings in decorated stuccoes revived the nobility of the building. Indirect lighting was placed in crown moldings exalting the decorative elements. By designing doors, bookshelves and wardrobes up to the ceiling the wide scale of the spaces was highlighted.

A dialogue between the elements of contemporary architecture (in particular the open kitchens and hidden bathrooms) and the classic and traditional elements of the building was promoted. In the duplexes the private areas were placed on the lower level and the social ones on the upper level, promoting the livingness of the terraces and the relation of the living areas with the best views.

The care with the intervention also went through the structural reinforcement approach which always tried to use and reinforce the existing elements instead of the full replacement of the original constructive system. 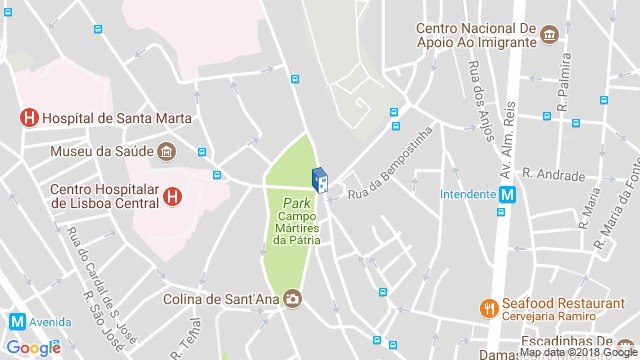