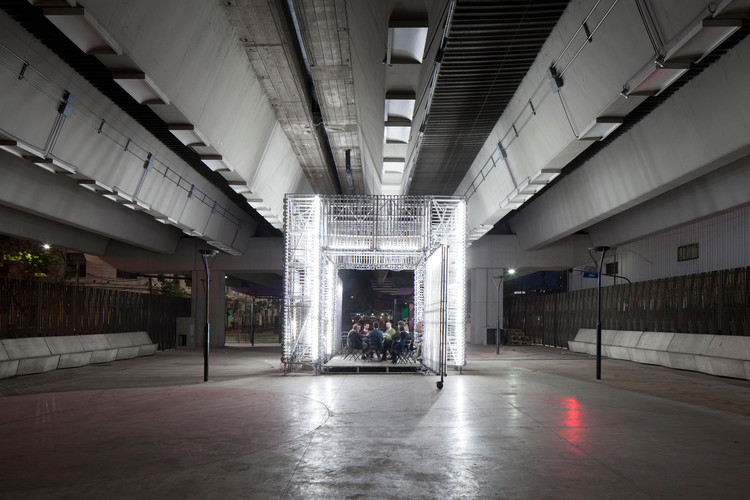 Text description provided by the architects. Water Gallery was a temporary pavilion located on the Riachuelo-Matanza basin, one of the most polluted in Latin America. It made visible some of the territorial controversies that emerged from the declaration of the Buenos Aires neighbourhood, La Boca, as an ¨Art District¨. This was made possible through the exhibition of a particular element of the landscape: water.

The pavilion was composed by two material systems: a scaffolding structure and an envelope of transparent industrial hoses filled with water. The envelope is composed by two circuits, one containing water from the Riachuelo river and the other from the neighbour art institution Usina del Arte. The water is pumped from tanks contained in the pavilion columns to the hoses and back again in a closed circuit.

Water Gallery has multiple configurations, ranging from a closed gallery space to an open public forum. It housed the event Critical Ecologies, which consisted on three conversations about the themes exposed in the project, a walking tour through the neighbourhood and two navigations on the Riachuelo-Matanza basin. Critical Ecologies was an event housed in the Water Gallery during the International Architecture Bienal of Buenos Aires 2017. It assembled different versions about the relationship between the city, the territory and the buildings developed in the context of the Art District, in La Boca.

The program included a series of conversations that composed diverse perspectives on three issues within the area: the creation of the Art District with the consequent development of contemporary art institutions within the urban network, the more than two hundred years of pollution and constant failure to clean up the Riachuelo-Matanza basin and the possible roles that the architectural discipline could engage in this context. 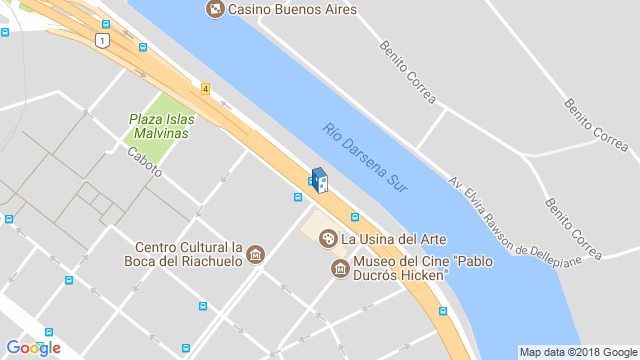 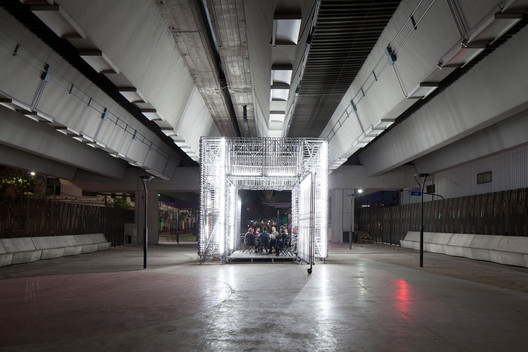