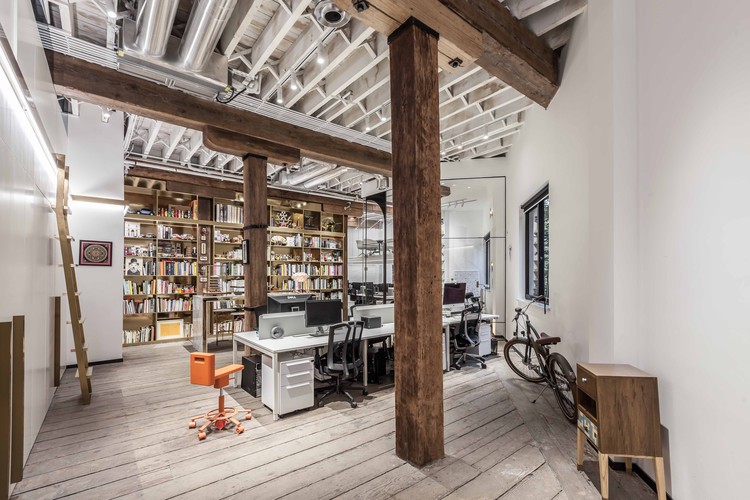 Text description provided by the architects. When tracing the history of Shanghai, what occurs to old Shanghainese first is Suzhou River. Industrial buildings beside the river have witnessed the prosperity and decline of concessions as well as the emergence of national industries. No. 1247, South Suzhou Road used to be the private granary of Yuesheng Du and then turned to be the warehouse of Commercial Bank of China established by Du. In April 2017, Chasing Wang who lived in America and Italy restored its façade and internal space, a respect for history.

It integrated history and modern elements and allowed us to learn about the past and dialogue with classics. With new artistic vitality being instilled, the “old man” who had waited for so long finally made an elegant and graceful gesture.

Creativity is not a job but a lifestyle. We pursue interesting experience in design and life. Some over-standard elements are added in the vintage space so as to be immersed in free creations. Design is about nothing but elegant presentation of a space in a relaxing and bantering way.

Regards to functional design, we didn’t organize the space according to privacy or efficiency level which is common in traditional office design. Instead, we arrange the space based on interaction possibility. The main creator working space is situated at the entrance area. Around it is an auxiliary material space, audience space, golden bookshelf and discussion area. It’s like the space logic of a library.

The working area is in the middle surrounded by the bookshelf material area, thus making the main creator working space an information processing hub and increasing the possibility of interaction. The golden bookshelf is a space highlight that you cannot avoid after entering the space. Its design concept sources from the Chinese saying, “Within books, one can find houses of gold”. It displays foreign and Chinese books related with design art, and antiques, toys, design works and Lego models brought back by the founder Chasing Wang from more than fifty countries in the world.

The mobile golden bookshelf can effectively connect the two-story space of the main creator office area. It not only helps fetch books on the higher level conveniently but also makes it easier to utilize the storage space on the second floor. The other side of it, the collection shelf, is the white stainless steel display frame in the conference room. It can be regarded as a modern industrial design history book, including the VITRA Miniatures, car models of limited edition and works of art with master autographs.

The two display define the audience space, the stair space and the office space of the main studio. One is solid while another is transparent. The latter is a glass display, which separates the audience room, the office area on 1st floorand the big conference room on 2nd floor. Moreover, it creates visual connection and communication, behind which is exploration of space ambiguity.

When we are confused about the so-called style and material, we take our original creation impulse on design for granted. In a house of gold full of dreams and stories, it seems that we have imprisoned ourselves for so long that we don’t know what to play and how to play with it. When design can tell a person’s life and experience, it’s already a pursuit of emotional essence rather than a trendy finished product. 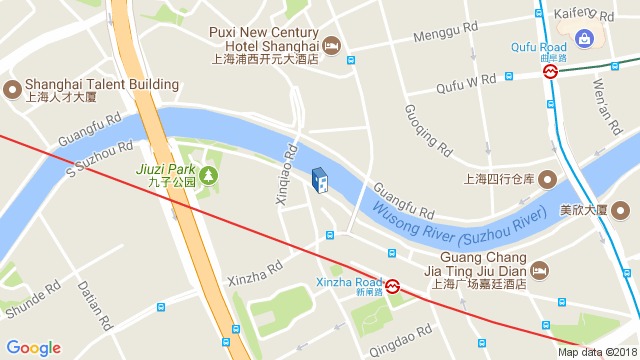 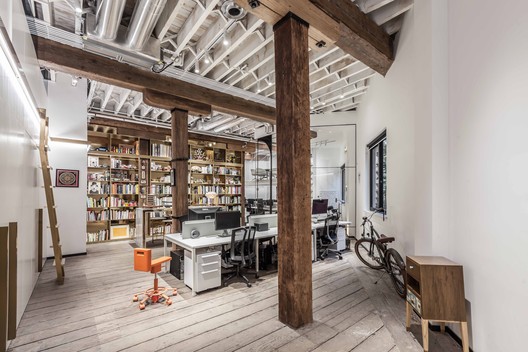