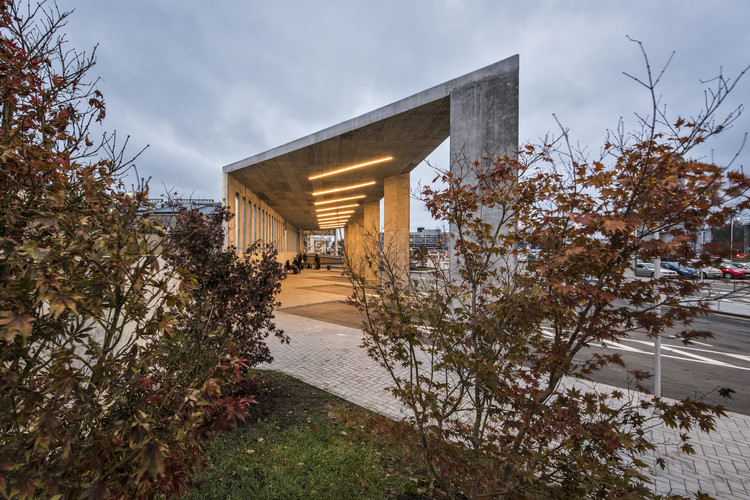 The place for the new bus stop was chosen according to the customer approved site transport scheme, so the bus stop shed ended up situated on the left side wing of the terminal building and one end of it appears to be almost attached to the car ramp. In order to avoid domination or false striving to adapt to existing different architecture terminal buildings, minimalistic form and neutral raw concrete material were chosen.

Its sculptural form with all of its plan elements is compositionally orientated diagonally - towards bus arriving direction. Its rear wall is built to separate public transport and VIP zones and lets in some natural sunlight from the southeast side at daytime through narrow vertical openings. At nighttime cold concrete surfaces of the inner shell of the bus, stop shed is highlighted by the warm light of diagonally orientated luminaries. 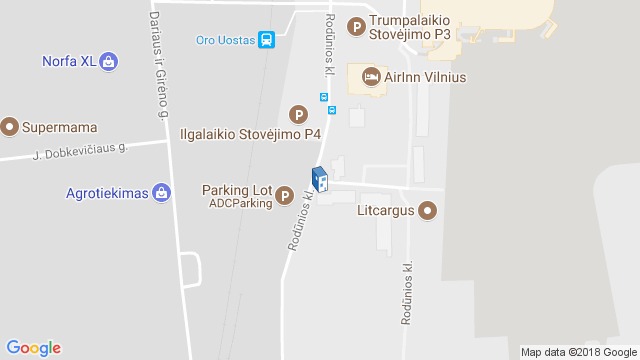 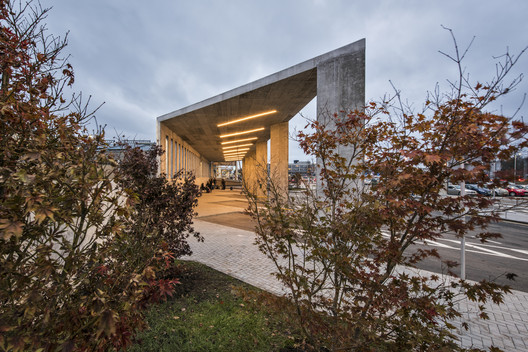