The recent availability of automated design and production techniques is changing the development of building details. With parametric and algorithmic design methods and the use of digital fabrication, new abilities are required from architects for the design of details, at the same time as new players are beginning to take part in their development.

Although not always given the necessary attention, architectural details are of extreme importance for many aspects of a building. They can define its theoretical expression and technical character, and impact its production process, its assembly method and even its ecological footprint. Contemporary architecture shows a new interest in detailing, which should not be confused with a return to the appreciation of artisanal work.[1] This new interest is related to the recent re-involvement of the architect with the physical making of buildings, as a result of the use of digital technologies.[2] The new “digital master builder” [3] counts on file-to-factory processes, in which the morphology of construction details is directly related to the knowledge of the available production processes.

In the design process of the Aviva Stadium in Dublin (pictured below), for example, the geometric principles of the structural elements and of the façade parts were present in the parametric model from the very beginning. During the design process, the contractors' suggestions and requirements, based on fabrication constraints, were incorporated in this model, which was later used as a basis for the fabrication of parts:

The subcontractors chose to use the parametric architectural geometry issued by Populous as the basis for their detailed model of the facade system, thus eliminating any possible discrepancies between desired and as-built geometry. [4]

The production information for the cladding system was extracted from a fully detailed fabrication model by the subcontractor, and all the parts could be manufactured in the factory and assembled on site with precision. The mullion and structural subcontractors also extracted drawings directly from the fabrication model for numbering, sequencing and bar-coding parts, and for defining the position and rotation of drill points. This allowed the offsite fabrication of all structural elements.

The non-standard canopy designed by a3lab for the Westend Gate Tower in Frankfurt upon Main [5] (pictured below) is another good example of how the use of digital fabrication can transform architectural detailing. Since the conceptual phase, the design was optimized for structural performance and fabrication. According to the authors:

it was not designed in a conventional top-down design process, where the architect determines design and passes it on to engineers and fabricators for further processing. It was developed in a bottom-up interactive process, where all different team members agreed on a negotiated co-decision process through which they could enrich the procedure with their expertise. Architects, engineers and manufacturers were linked together in a constantly updated common flow of information.

Decisions about drainage, cladding and the structural joints were taken together between designers and manufacturers. The dimension of the branches, for example, was defined by the size of the galvanizing pools in which they had to be coated. This example illustrates what Deamer [6] means when she asserts that “contemporary practice revitalizes, through the new detail, the interest in ‘those who build them’ and offers the opportunity to readjust the psychologically diminishing roles that all players in the design-to-build continuum have come to know,” referring to the participation of digital fabrication manufacturers in the design process.

What has changed in architectural detailing with the present availability of parametric software and digital fabrication? I believe the introduction of these techniques to the architectural design process is challenging 7 myths:

When we consider the possibility of digitally fabricating custom parts for a building we need to predict from the very beginning how these parts will be produced and how they will be put together. We cannot risk developing a concept that cannot be fabricated, therefore detailing must be developed in parallel with conceptual design, which is easier to do in an integrated digital design process. Parametric modeling allows designers to use provisional dimensions and change them later, without having to remodel everything from scratch.

Myth 2: The authorship of a detail belongs to the architect

It is an illusion to think that an architect can develop a good detail alone. Good details can only be developed in conjunction with manufacturers and materials or mechanical engineers. Digital fabrication instructions are now an important part of the detail documentation, because the specification of tools and machine parameters can interfere in the final product.

Architectural design studios have often valued creativity more than technical issues, leaving the development of details to technicians. Nowadays, synergy between conceptual and detail design is vital to a successful building. Recent examples show how building details are being developed from the early stages of design, in an intellectually challenging process.

The typical 2D drawings that architects used to represent details are becoming outdated. Although we still need traditional construction drawings for the construction site, detail documentation now includes fabrication instructions, such as nesting layouts and gcode files that are sent to the manufacturer. Building Information Models now allow designers to represent different levels of detail and to generate 2D drawings dynamically from 3D models. Architectural details can also be generated by scripts, and can be presented to the construction team through animations that show the assembly steps.

Myth 5: There is always a standard solution for a detail design problem

The detail is gaining a new status in contemporary practices, and becoming an important part of design. Although standard details are still used for most parts of a building, specially produced details can add value to a building and define its personality, for example creating surface effects. [1]

Details should be developed to communicate something, not to disguise anything. With digital fabrication there are no imperfections; we are approaching zero tolerance, as discussed in a special issue of AD. [7]

Myth 7: With digital technologies there is no more need for detailing

On the contrary, with parametric modeling and digital fabrication there are new opportunities for designing ever more complex and interesting building details, which require a new set of skills from designers.

Based on the recent literature on the topic it is possible to conclude that architectural detailing must take into account not just theoretical and building technology aspects, but also mass personalization issues, including parameterization and scripting in the design process, and the use of digital fabrication techniques in the manufacturing of parts. When details of a very complex building are generated by scripts there is less probability of mistakes, but they can only be written after a clear understanding of the underlying logic of the design. Scripts were used, for example, to generate most of the details of the Swiss RE building. Hugh Whitehead, from the “Specialist Modeling Group” at Foster + Partners, says that this building forced them “to address the problem of how to design and produce details that are programmed rather than drawn. At each floor, the rules are always the same, but the results are always different.”[8] The automation and parameterization of detail-drafting makes concurrent engineering possible, where advanced details can start being developed while initial definitions, such as floor to ceiling height, are still being decided.

At the same time, with the availability of cheaper 3D printing machines, rapid prototyping can be used from the very beginning of the process. Considered too expensive and time-consuming not long ago, the use of 3D-printed models during the design of details can have a huge impact on the result.

Finally, it is extremely important to deeply understand new production processes. Ford [9] points out the difference between conception and reality among modernist architects whose ideas came from the way “they believed cars and planes were built.” He affirms that in the early 20th century “few ideas were drawn from an analysis of the building industry as it actually existed.” Mass production resulted in the separation of design and production and between designers and factory workers. To avoid repeating the modernist misconception of the integration between design and production, we need to understand digital fabrication processes deeply, so we can design details that are appropriate for the automated production techniques that are available.

As Robert and Rivka Oxman assert,[10] Architecture is reformulating itself as a profession. They point to the fabrication of material systems as a new area of design practice and research for architects and structural engineers together. New abilities are required for the development of architectural details with the use of digital fabrication techniques. This can evolve into a new field of specialization for architects. We now need to start thinking about strategies to develop the required skills in the academic environment, increasing opportunities for interdisciplinary work.

Gabriela Celani is an Associate Professor at the School of Civil Engineering, Architecture and Urban Design at the University of Campinas, Brazil. She is the founder of LAPAC, the Laboratory for Automation and Prototyping for Architecture and Construction. 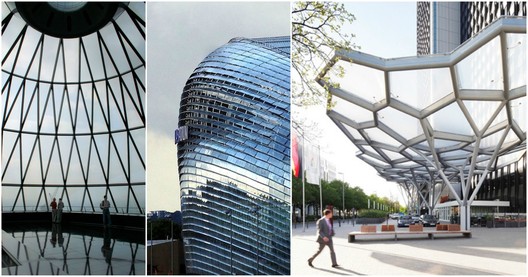