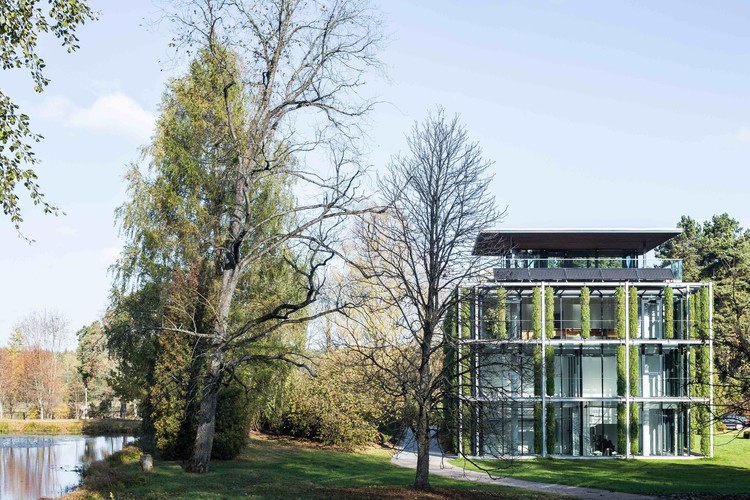 Before reconstruction laboratory building contrasted with manor complex buildings. The former building was not creating homogeneous composition with manor buildings due to its small adjunctive elements such as chimneys or roof exit, as well as moral architectural qualities.

Proposed architectural idea: building – plant. In order to implement this idea, new elements are designed to create integral rectangular volume. The staircase, elevator and greenhouse are attached to the southern wall and whole volume is encircled by the “green” facade. The volumetric solution of reconstructed laboratory building is calm; the height is leveled to the manor buildings. Due to the planted facade, the space on the roof becomes familiar to the strong natural botanical garden environment.

Volume of the reconstructed building is encircled by 1,3 m width metal construction, on which the composition of planted elements is fixed. Composition consists of three rows of columns which are formed out of metal net and special substrate for plants. The columns are of the same height and fixed to the horizontal constructional elements together with the service bridges. All columns are designed as mobile elements, that can be removed or relocated if needed. In this way, a possibility to regulate the insolation of the premises and provide maintenance for the plants is created.

The characteristic of plants changing through the seasons was taken into account. In the summertime lushness of the plants reduces gaps between columns, thus protects premises against overheating. And in the wintertime columns keep the pursued architectural image.

A new staircase, an elevator and a greenhouse are attached to the southern building facade, creating integral rectangular volume. The required greenhouse was designed as a rectangular glass box with direct sunlight form east, south and west. Orangery is located above the greenhouse. The roof is used as a recreational overlook area, where whole manor complex can be observed. Two staircase volumes on the roof divides roof space into three parts: the middle one – open space, southern – terrace covered by metal roof, northern – garden with long bench. The roof perimeter is encircled by glass fencing. 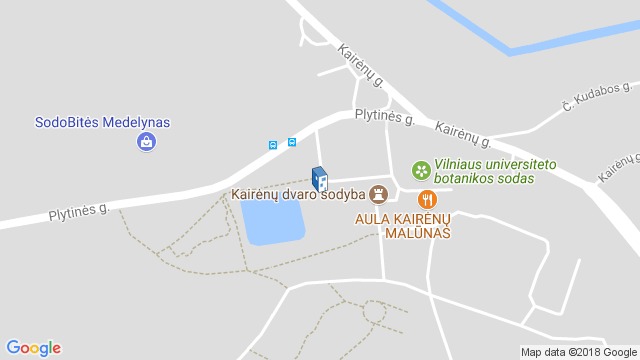 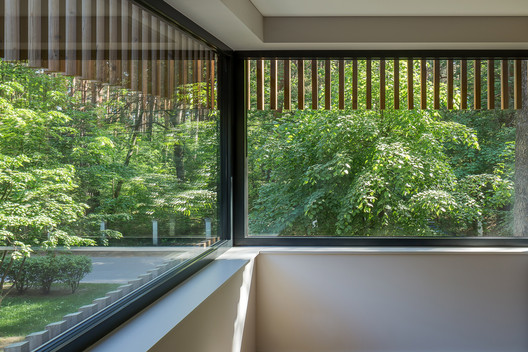 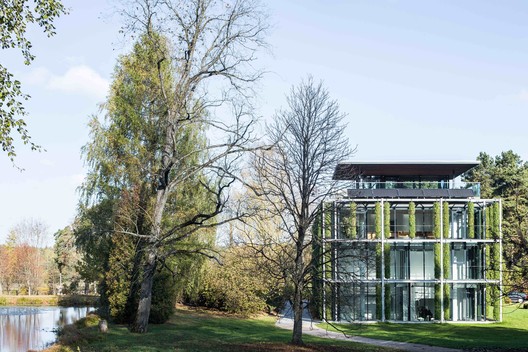