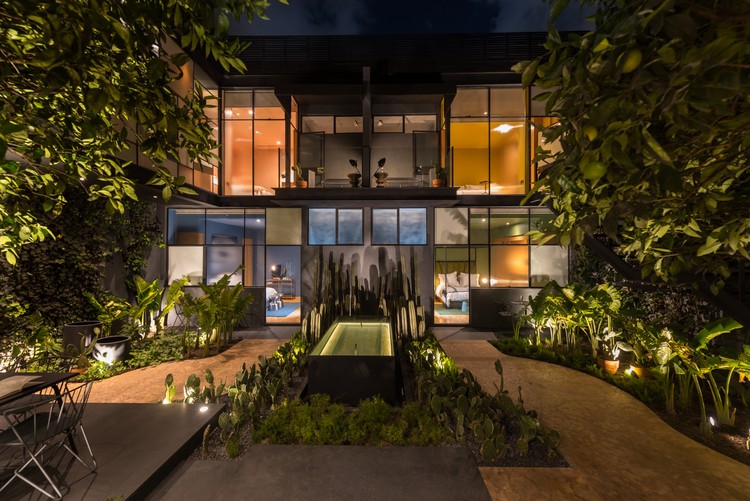 Text description provided by the architects. This gorgeous house from 1913 encompasses evolved Mexican tradition and culture in which you can discover the vanguard of contemporary design. It is an area rich in history which at the same time expresses fresh glistening modern design and offers a view into the tradition and art born in Mexico City.

It's name is based on the esteemed and loved housekeeper who lived in this house for 71 years. Not much is currently known of Ignacia, she was born in 1914 and came to work to the house in 1929. Coming from Providence, she  modestly worked there ever since she arrived until the year 2000, the year in which she  unfortunately deceased. Around the time, the historic house was acquired by their current owners whom of which met Ignacia and they dedicated part of their lives to restoring the house while remembering and honoring her beloved memory.

Ignacia dedicated her devotion to the house and became a part of it, leaving her fingerprint still rich in its presence. She valued and enjoyed the house as if it was her own and by the end it practically was. She knew every corner of the perimeter and administered it with rigorous discipline. Inclusively, she planted two orange trees in the garden in which she rested in many times. It is known that she used to make homemade organic jelly with the oranges from the tree. Her presence was more tenacious and vigorous than any of the inhabitants who once lived there. She was the only person who lived there for 71 years uninterrupted.

It's relevant to highlight that IGNACIA GUEST HOUSE conserved the original historic structure and surroundings in which there is a garden constructed including endemic species from the southeast of Mexico. The house was enlarged to create a central space for socializing and with the feel of a warm living area with the help of private terraces, a bar and a patio with a pool. These elements support and help create an intimate, fresh and distanced environment contrasting from the overwhelming chaos of the enchanting city. This patio works as a transition from the historic house to the rooms due to the fact that it is based on a contemporary construction which is steered to the camouflage the place in which Ignacia was present.

The modern and unique building is perfectly delimited on the inside due to bold geometric details made of glass and metal differentiating in colors seen in the interior of the rooms which is complemented by the cohesion found in the historic factor of the enclosure.  The rooms include a view to the garden with a fountain which transmits tranquility; the comfortable and cozy library doesn't only work for rest, but for getting a sneak peek into the enriching history of Mexican architecture through the use of current actual publications about the topic as well as a view into the international scope.

The dining room for 10 people was conceived as a room for socialization and rest, maybe even the most sober area of IGNACIA GUEST HOUSE. Meanwhile the kitchen, apart from being small, is vital space, as it serves as the nucleus of the Mexican house full of references to the burnished mud and traditional terracotta.

The original doors and windows allow us to observe the house from one corner to the other through the perspective of Ignacia, following the rules of architectural disposition from the beginning of the 20th century, in which all spaces were connected by a long hallway. These articulate domestic dynamics protecting the intimacy of every individual space. IGNACIA HOUSE GUEST achieves this through the careful choosing of adequate furniture and lighting with chromatic cohesion which respects the original architecture with a hint of the latest trends.

The unique mixture of vernacular objects with the latest Mexican designs reflect the long Mexican culture ranging between pre hispanic times to modern eras. IGNACIA HOUSE GUEST creates an environment full of diversity and inclusion in which the unexpected objects of design reside with pieces from known Mexican craftsmen surrounded by contemporary and historic architecture.

The area of the Roma is a classic in Mexico City and ever since its funding at the end of the 21st century, it has been a protagonist of the history of the capital of the country, whoever looks for a place to reside which includes architectural beauty and space for relaxation, come to a pure, impeccable and superb place. 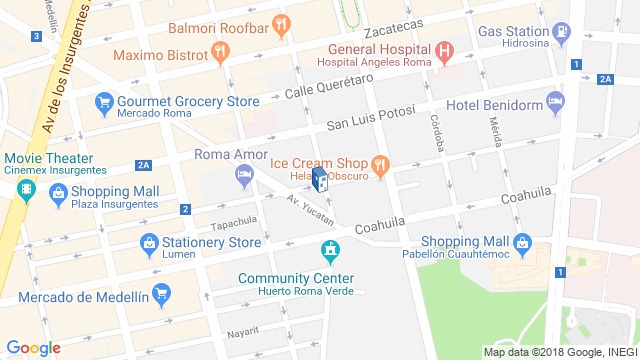