Save
The Garden of Sindhorn Residence / T.R.O.P 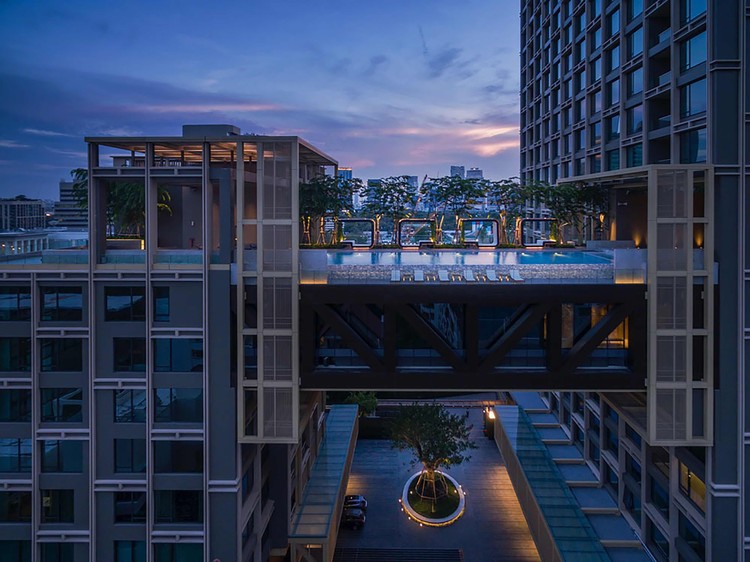 Text provided by Landscape Architects. Recently, Bangkok has one of the most traffic jams in the World. As a result, more and more people have moved in to live in the city instead. Because of land prices, traditional house and garden are unaffordable, replaced by Vertical living which has a lot more density in compact sites. For Sindhorn Residence, the design team had to work with such a limited space and tried their best to create a microclimate, in order to provide a comfortable living space for the residents.

Sindhorn Residence is a  condominium right in the middle of Bangkok's prime area. The property was located just across Netherlands Embassy which occupied a lot of green areas. However the site itself was not very big for 2 buildings, Tower A and B. With fire lane regulation, the design team had to work with a small leftover space for greenery.

Both buildings‚ lobbies was first raised up 2m from main access to avoid the city 'a recent flood problems, with Main drop off located in between both Towers. The covered passage connected the Main Drop off with garden space in front of Tower B. Stepped planters was designed to enclosed the experience of the residents walking through this tunnel-like space. A series of tall trees and shrubs were planted to provide more shades, adding protecting layers against Bangkok's infamous temperature.

In order to visually maximize garden space, the design team camouflaged part of the fire lane in front of Tower B's Lobby. Hardscape surface was slightly dropped and filled with shallow water. Appeared as Reflecting Pond, it visually doubled the view of the green space right in front of the lobby.

The actual green area was kept at original level, appearing like sunken garden space from the Lobby. It was built slightly above street's level, to avoid filling and retaining wall. Here an orchard of tall trees were proposed to provide green layers to filter sunlight heat, creating microclimate effect for the residents. Water from Reflecing Pond overflowed to the lower gutter, creating white noises to animate the garden space. 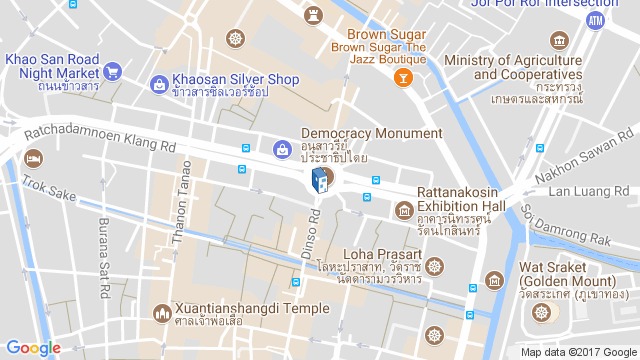 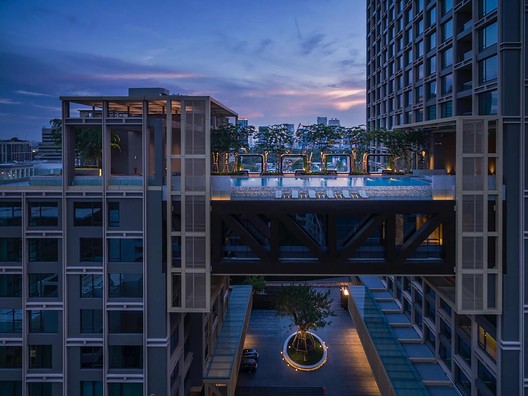