One year on from the Chicago Riverwalk’s completion, designers Sasaki Associates have released mesmerizing footage of the Riverwalk from a new perspective. Using a drone to give an overview of the project, the video captures the successful integration of the Riverwalk into the urban landscape as it changes shape and form, defining a unique experience for the public. Global design firm Sasaki led the team as prime consultant on the last two phases of the Riverwalk, working in close collaboration with local firm Ross Barney Architects. 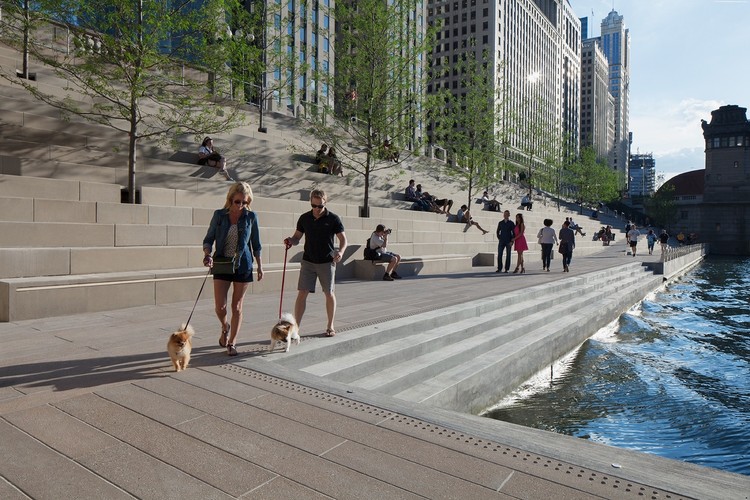 The last stretch of the Chicago Riverwalk marks a significant step forward in achieving the ideal of transforming the once-neglected downtown riverfront into a showcase public space that creates the equivalent of a second lakefront.

Ever since the river was first engineered in 1900 to reverse the river's direction and increase the river flow for the city’s industrial transformation, it has been a pollution concern and often overlooked. The new Riverwalk has been a catalyst in revitalizing this part of the city, connecting the waterfront to the public as revealed in the video. The drone footage illustrates the tranquility that has been achieved, compared to the hectic city, by dropping the walkway to the water’s edge and incorporating zones designed to enrich the journey along the river.