Save
Bill Gates Purchases 25,000 Acres of Land for Smart City in Arizona
Share
Or
Copy

An investment firm run by Microsoft founder Bill Gates has paid $80 million for 25,000 acres of Arizona desert to serve as the site of a new “smart city.” To be known as Belmont, the city will be made up of 80,000 residences, as well offices, retail spaces and civic amenities such as schools and police stations. The city will serve as a test ground for the latest in logistical and infrastructural technologies.

Located about 45 minutes west of Phoenix in an area known as the West Valley, the city would be situated along the new interstate 11 highway, which would make it just a short trip away from Las Vegas. The road is expected to be completed in 2018.

The Arizona desert seems to be a popular location for experimental cities – the community of Arcosanti, located an hour north of Phoenix, was established in 1970 as a testing ground for the radical urban concepts known developed by architect Paolo Soleri, a former pupil of Frank Lloyd Wright.

A timetable for Belmont has yet to be announced, but it will be sure to compete with other recent smart city proposals in Toronto (by Alphabet / Sidewalk Labs) and Saudi Arabia. 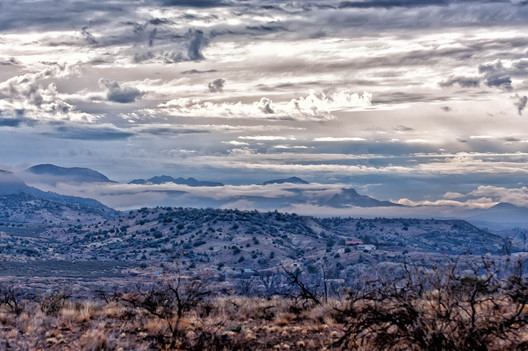