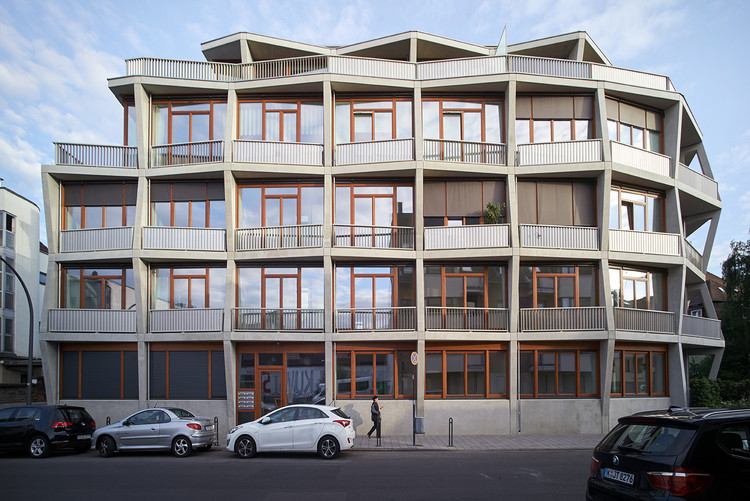 Text description provided by the architects. The Cologne area of Bayenthal is a neighborhood in search for an identity.When established in the middle of the 19th century, it was an industrial area that was dominated by the Kölnische Maschinenbau Aktienge- sellschaft, (Cologne Mechanical Construction Company.) This company was in fact the pride of German engineering and steel technology at its time, building amongst others several Rhine bridges, the roof construction of the Cologne Cathedral for its completion, and the roof of Cologne’s first main railway station.With its leading manufacturing and prestigious projects the company, and hence the neighborhood of Bayenthal was one of the high-tech hubs of its time in Germany.

The company though was not only a manufacturing factory, it was also pursuing speculative real estate deals. Over years it had acquired far more land than it needed for its factories and o ces, and followed two seemingly contradictive spatial strategies.To the north of the factory compound, it left large areas undeveloped to create an artificial housing shortage, and hence demand higher rent from the worker’s housing it owned. To the west of the factory compound it sought the development of a small villa area for the management of the company, and other high earning residents of Cologne.

The fate of the company declined after World War I. And even though it survived the bombing of World War II it finally closed in 1970. In its place a large middle-income housing estate was constructed, completely transforming the character of Bayenthal from an industrial to a fully residential, though a very heterogeneously one.While the housing estate dominates the neighbor- hood, the working class structure – and inhabitants – have largely survived relatively untouched, just as the villas to the West. Today, Bayenthal is still one of the most heterogenous neighborhoods of Cologne. High-rise buildings with up to twenty floors sit next to historical villas, workers housing, industrial warehouses, and contemporary apartment buildings. How do you design in an urban context, as diverse as this? Do you relate to your next door neighbor, or can we shape an architectural design that has the power to create a new identity around itself, while taking specifically the nature of Bayenthal into account? 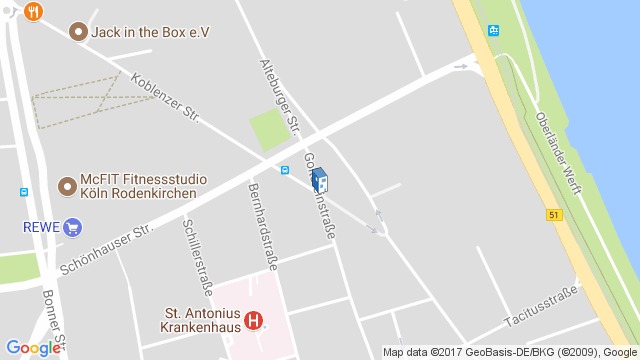