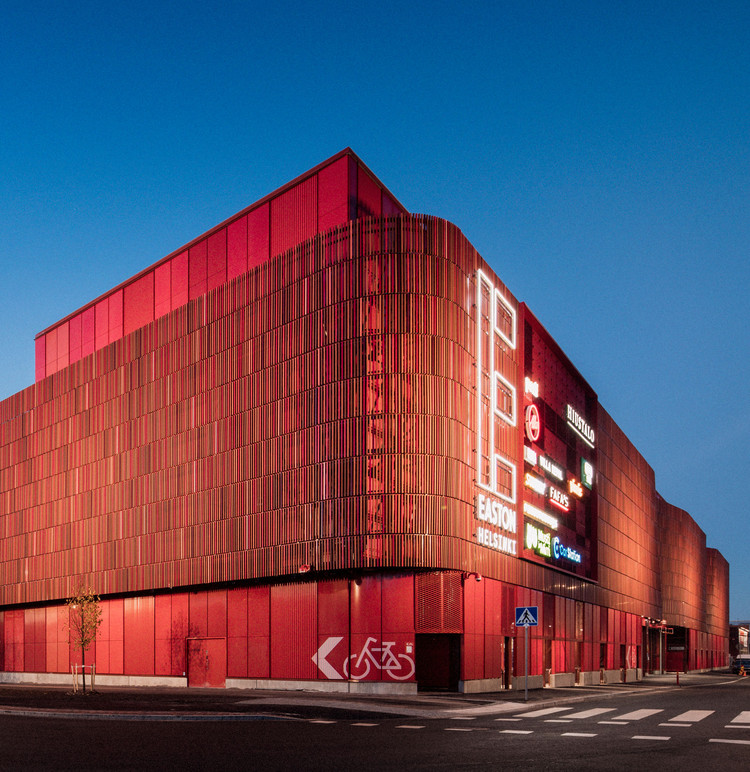 Text description provided by the architects. Easton offers 30,000 m2 of commercial floor space which is set to bring 40 businesses into the area, with the emphasis being put on healthy foods and creating an everyday social atmosphere around this. The more varied commercial activities situated around the food focus on the everyday needs of locals. At the same time lobbies, child play parks and ‘recharge’ areas look to create a social buzz around the center. The shopping center stands in the heart of Itäkeskus and marks the first step towards a larger urban strategy aimed at bringing value and increased opportunities to the local residents; as well as giving a home to local food culture and everyday social life.

“We created Easton as a new kind of city center for Itäkeskus, somewhere that could celebrate the community and daily life,” explains Ilmari Lahdelma, co-founder of Lahdelma & Mahlamäki Architects. “Shopfronts which open to the Kauppakartanonkatu bring life to the pedestrian level and join the existing community with the new shops, everyday amenities, social lounges and the food hall.” In keeping with strict local requirements, Lahdelma & Mahlamäki progressed the call for a red brick façade into a gently undulating ceramic and aluminum tiling system which, whilst conforming with the local aesthetic, also allows Easton to stand out and become a beacon of development within the area. 120 tiles of varying shades – computer sequenced to appear random – come together to make the façade units, which when replicated over the whole façade produce the warm, textured mosaic.

Breaking this surface are the bold, unmissable entrance, direction and name signs developed with local design agency Kuudes Kerros; who formed part of the Lahdelma & Mahlamäki design team, also working on the commercial concept and interior design. Transparency transitions the user between various stages of the retail experience, slowing the pace down from the motorway, to the car park, to the comparatively gentle shopping center. This is done through introducing views of the next step along the way. From the fast-paced motorway, the strong red Easton centre can’t be missed; from the slower streets, bold signage on the façade guides cars inside; from the car park, glazing gives views into the lobbies and the heart of the centre; and central to all this sits the animated LED 300m2 ‘Identity Wall’ which shines as a beacon in the heart of the project amidst the multi-tiered, sky lit food hall.

Situated adjacent to the Helsinki metro, a busy motorway, as well as one of Finland’s largest shopping complexes, the Easton doubles up its commercial uses with substantial parking facilities - 1240 spaces - that aim to ease congestion and accessibility for local residents and visitors alike. The center also ties into the existing urban situation, linking to the metro and existing facilities through commercial walkways; with the potential for several phases of more mixed-use development in the immediate area which would aim to provide a more comprehensive urban fabric. Lahdelma & Mahlamäki Architects and its partners often work with BIM software heavily integrated into the project. Easton was no exception and, even before opening, the project won the TEKLA BIM Award 2017. Easton will join the list of many of the practice’s projects in Helsinki, including: EVIRA, the Finnish Food Safety Authority building; the Meilahti Hospital Entrance; and the nearby Iiris Office Building and Centre for the Visually Impaired. 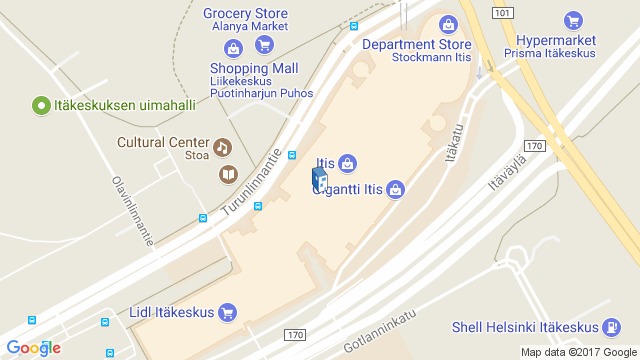 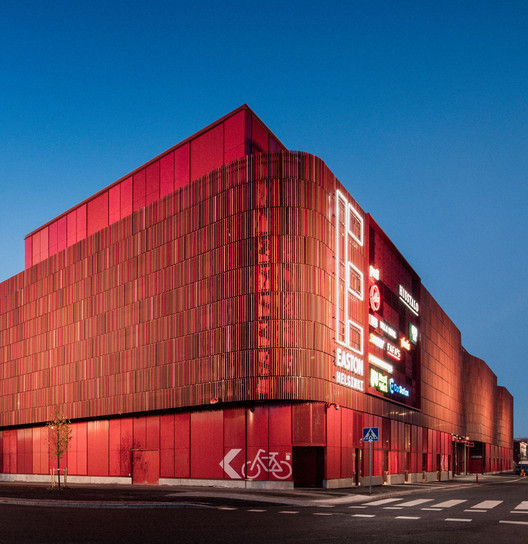