In his new series, “Corner Symmetry,” Hungarian photographer and printmaker Zsolt Hlinka captures some of his home city of Budapest’s most stunning buildings, manipulating them to make them appear as if they are perfectly symmetrical when viewed from the corner.

Overlaid on a variety of pastel-colored skies, the photographs are taken from extreme 2-point perspective, making the buildings appear to pop straight off the page. The study is a continuation of his Wes-Anderson-reminiscent series, “Urban Symmetry.” 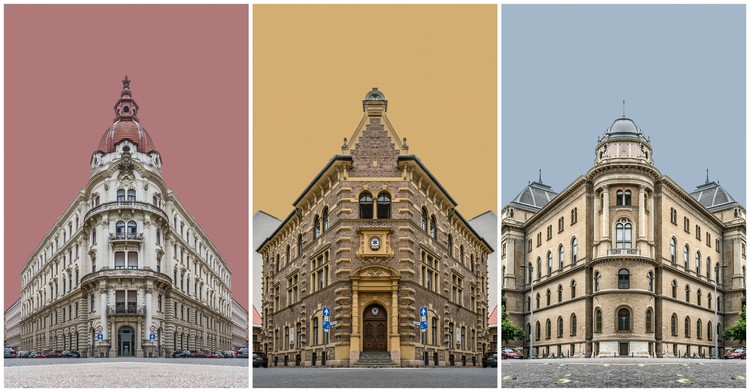 “My Corner Symmetry series takes the ideas from Urban Symmetry, and brings them one step forward. The buildings taken out of their usual environments return, but this time in a much more dynamic and lively form. Staticness is taken over by movement, and the boundary of reflections is sharper and more pronounced thanks to the corners.

In the new series, buildings keep more of their surroundings with them, so the illusion becomes even more realistic: however, no matter which side of these familiar looking buildings do we start our inspection first, we will always end up on the same points.

The homogene sky with beautiful colors is still one of the trademarks of these photographs, which invite their viewers to a new surrealistic journey to the beautiful buildings of Budapest.”

See more of Hlinka's work on his website, here

Step Into a Movie Dreamworld With "Accidental Wes Anderson" on Reddit

If you ever have those moments where you take a step back from your life and feel like you've suddenly fallen into a scene from a movie, you may appreciate the subreddit /r/AccidentalWesAnderson. Director, producer, screenwriter, and actor Wes Anderson is well known for creating scenes in his films that blur the lines between the real and the unreal. 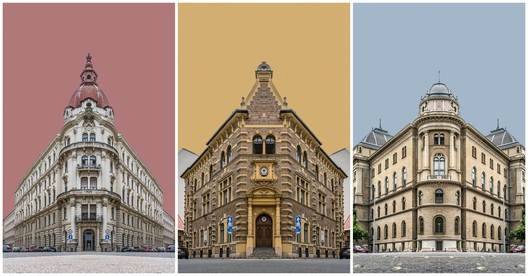